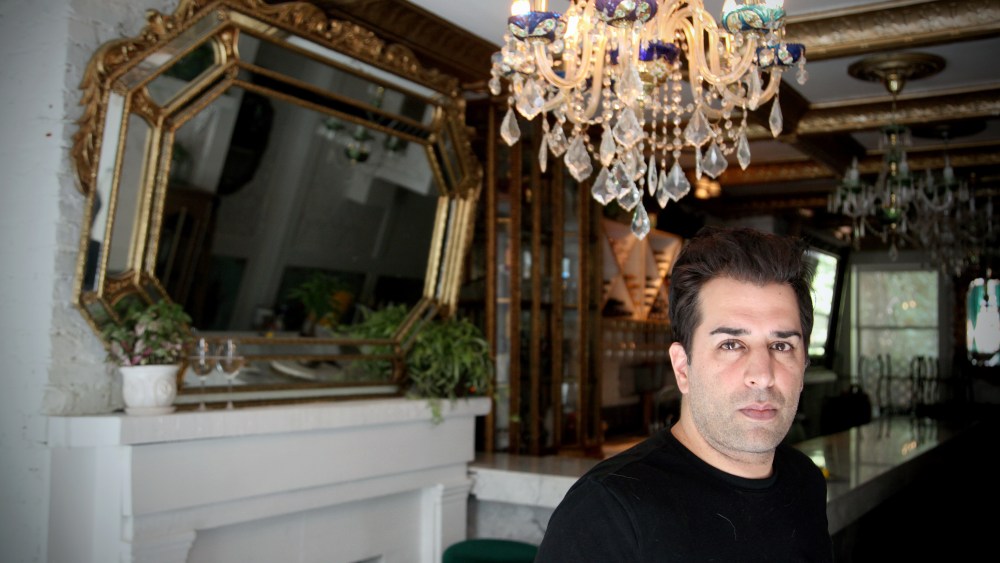 “I sort of had this epiphany over Christmas,” Ravi DeRossi begins to explain. “It’s time to start living what I preach.”

DeRossi is the restaurateur behind a collection of swank haunts dotting the downtown drinking and eating scene: Mother of Pearl, Death & Company, Cienfuegos, Bourgeois Pig, Avant Garden — and now, Ladybird, which is replacing the previous West Village Bourgeois Pig outpost on Macdougal Street. DeRossi has worked the crazy, long hours typical of building a booming empire over the past decade, but began to slow down and reassess his stable of establishments late last year, after his longtime pet cat Simon became terminally ill.

“I made the call that Christmas morning 2015 that I’m going to slowly start turning all the places that I own now completely plant-based,” he explains. He quickly tapped chef Daphne Cheng, who’s helped him begin the process of converting the menus at his other establishments, starting with tiki-themed bar Mother of Pearl. “We turned it vegan February 14, Valentines Day [and] it’s been really well received. Sales have doubled. It’s busy every night. People really seem to like it.”

DeRossi didn’t originally set out to be a restaurateur at all — nor did he think he could spin his personal veganism into culinary gold.

“I didn’t think, 10 years ago, I could get away with 100 percent plant-based, so I didn’t,” DeRossi explains. “Then I started serving meat, and I started serving dairy. Then about a year ago I finally said, ‘I can’t do this anymore.’ I actually was ready to get out of the business and sell everything. Then I opened up my first vegan restaurant — Avant Garden — and it became a massive success. A year later, it’s still packed every night. And I thought, ‘Wow, I can do this.’ “

With Ladybird, the menu is vegan but the emphasis is on creating the same atmosphere that has made his other ventures successful. A vegan label on a restaurant can be polarizing, although plant-based dining has started being embraced with much more enthusiasm during the past few years — Amanda Cohen’s Dirt Candy, for example, and Chloe Coscarelli’s growing By Chloe chain of vegan fast-casual.

“I guess the idea behind everything I’m doing is to make [plant-based dining] more accessible,” he continues. “To make it more cool and fun. When I go out in New York City, I can pick any kind of food in the world, but with plant-based, you can’t….I want to be able to say, ‘I’m going out for plant-based food tonight,’ and of 100 different places, essentially I can pick any [cuisine] I want. I can do tapas, I can do Mexican.”

The restaurant’s jewel-box dining room reflects the menu’s plant-based ethos through predominately green design accents set against white marble surfaces: velvet tufted chairs, dazzling chandeliers, plants in various nooks and crannies. “Sort of whimsical and fantastical,” summarizes DeRossi, who designed the space. “Those were the sort of things we were thinking. Lots of foliage.” The name fits the whimsy theme as well. “I remember we were struggling with the name, then this song came on — I’ve always loved Nancy Sinatra, and she was singing this song called ‘Lady Bird,’ ” DeRossi recalls. “And I was like, ‘You know what? This is perfect.’ ”

DeRossi is also putting his money where his mouth is — 10 percent of the proceeds from Ladybird will benefit his nonprofit BEAST Foundation, which is dedicated to ending animal cruelty.

“I compromised my morals for 10 years in the business, selling meat, then it finally just caught up to me,” DeRossi says. “And I thought, I’m in a position now, with owning some of the hottest, really great restaurants in New York City, and that if I were to make this change, I could not just make the change for myself, but influence other people as well.”