"We wanted to make sure we packed the place full with character," said Matthew Maddy. 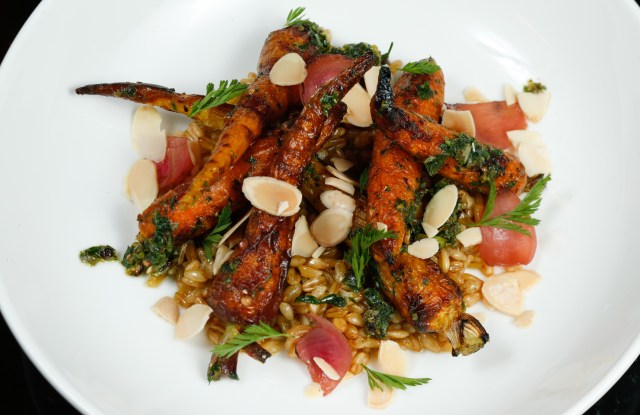 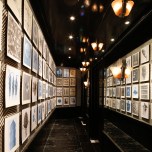 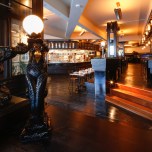 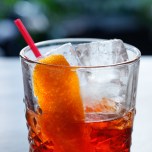 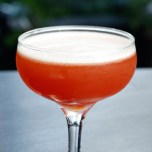 “Gabrielle Hamilton, the chef from Prune, said once that every time she opens a restaurant, it’s like the kids putting on a play in the barn,” said Matthew Maddy. “You just kinda make it up over and over again.”

For restaurant designers Maddy and Nico Arze, of Sweet Nuthin’ Hospitality Group, the making it up part is literal — the group designed and constructed their newest restaurant Lady’s, located in downtown Brooklyn, by hand. On the Wednesday before opening, Arze was sprawled on the floor of the cavernous restaurant — atop tiles that the team made and dyed themselves, learning from a Chilean artisan. Arze was busy measuring and cutting fabric, sewing the pieces together with a Singer he’d set up at a table by the dining room’s floor-to-ceiling windows.

The group, whose list of restaurants include Lilia, Grand Army and Russ & Daughters Café, was approached by the building’s owners to convert the former parking garage into a restaurant. “We were really interested in trying to retain some personality and idiosyncrasy in the midst of these 40, 50 story buildings going up,” said Maddy, gesturing to nearby construction outside the window. “Everything that is here was built on site, and we built it.” The upholstered ceilings (better acoustics); the island bar; the raised dining platform, all of the wooden banquets and detailing; the cabinets lining the top of the open kitchen — everything was handmade by the team. Art and details, such as the feminine figurines perched atop the dining room’s various nooks and posed with wheat stalks, were sourced by the team.

Lady’s joins the growing Downtown Brooklyn Cultural Center, lead by BAM and its various annexes. “It’s turning into this cultural milieu,” Arze noted of the area, pointing out BAM Harvey Theater and BRIC gallery across the street. The Polonsky Shakespeare Center is just around the corner, and even further down the road is the Barclays Center. “It’s probably a little it similar to Lincoln Center in the city, the way there’s many different mediums and types of performance spaces. It really creates this critical mass,” Maddy added.

And the critical mass needs to eat. Lady’s is a large-scale restaurant with many seats to fill, and takes a populist approach to the cuisine. Twenty-eight-year-old chef Aaron Harsha, formerly of Marea, created a menu driven by pastas and pizza; the mix is a play toward the neighborhood crowd. “We liked the idea of Italian, because you can go as rarefied and exquisite as you want, but you can also go really simple and down home, accessible and everyday. Same with pizza,” Maddy explained.

While the name Lady’s carries several motifs — the romantic pasta scene from “Lady and the Tramp”; the possessive is a hat-tip to old-school Brooklyn Italian joints — it’s primarily a homage to their business partner Ian Sugarman’s late mother. “She was a very cultured and very inspiring woman who played the piano, played classical music, was a gallerist, was an art collector,” Maddy said. “And she was a lady.”