Check out new restaurants, bars, shopping and an adopt-a-pet program. 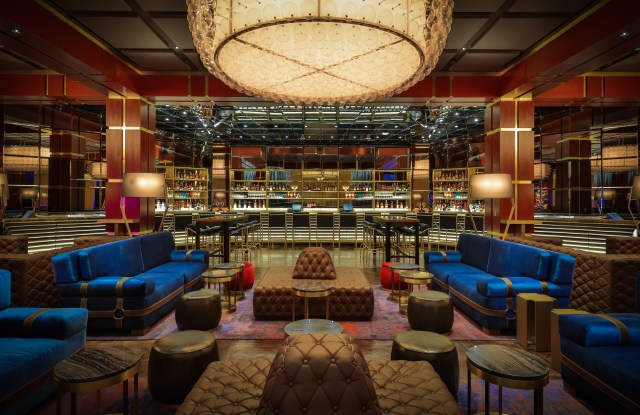 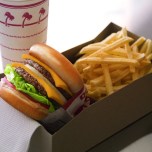 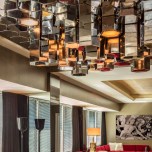 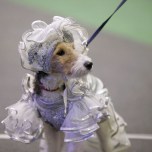 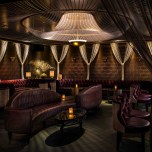 HOUSE SPECIAL
Calamari fries, fried oysters and pickles, curried coconut seafood stew and shrimp and grits are just some of the signature dishes being served up at the Oyster Bar.

The 16-seat, 752-square-foot full-service restaurant opened this month at the Hard Rock Hotel & Casino with Bradley Manchester serving as executive chef. Manchester owned the now defunct Glutton restaurant in downtown and was also involved in restaurant openings at The Cosmopolitan, Caesars Palace and the Renaissance Las Vegas Hotel.

Oyster Bar’s opening is just the start of a makeover for the Hard Rock Hotel, which is set to begin the second phase of its Casino Tower remodel following the $13 million first phase refresh. Two new shows, Magic Mike Live Las Vegas and Raiding the Rock at Vinyl, are due out in March for anyone looking to make a return trip.

BURGER HEAVEN
Fans of In-N-Out, the West Coast burger joint with a cult-like following, now can get their chopped-meat fix in Sin City. The Las Vegas Strip saw its first In-N-Out open at The Linq Promenade in January, serving guests their animal-style, protein-style, 3×3 or any other secret menu item their hearts desire.

The burger chain joined the outdoor shopping and entertainment center’s other recently opened restaurants, including Virgil’s Real Barbecue, Honolulu Cookie Co. and Jaburritos. Looking to blow off some steam? Happy hour specials abound at most of the center’s restaurants, including 50 percent off all tacos all day on Tuesdays at Chayo Mexican Kitchen + Tequila Bar. Appetizers and cocktails are half off from 5 to 7 p.m. at Brooklyn Bowl.

FLY AWAY
At the W Las Vegas, Lenny Kravitz and Philippe Starck have created a hipster oasis where the Sahara Casino used to stand. While the rocker has moved furry pillows and a piano into a suite aptly named Extreme Wow, Starck has chosen a regal but cheeky theme for the rest of the 289 guest rooms. Housed within the SLS Las Vegas, the hotel keeps guests entertained and fed on the north end of the Strip with venues such as Keith Lemley’s neon art garden, The Sayers Club and Bazaar Meat by José Andrés.
W Las Vegas
2535 South Las Vegas Boulevard
(702) 761-8700
wlasvegas.com

PAW PATROL
Trade show attendees can walk away from Las Vegas with more than the latest trends. They can also adopt a pet. For “Tails of the Runway,” Zappos and Project are gathering brands such as Levi’s, Bishop + Young, Dolce Vita and Calvin Klein to stage a fashion show benefiting The Animal Foundation and Best Friends Animal Society. All Project badge holders are welcome to attend the runway show, as well as the after party at Commonwealth.
“Tails of the Runway”

PAWN STARS
A pawn shop is an unusual setting for dinner, but Chris Santos whets the appetite amid Beauty & Essex’s glittery decor with tomato tartare, paprika-spiced salmon and other shared plates. While the gold chains aren’t intended as souvenirs, foodie fans can take home the chef’s recently released cookbook, “Share — Delicious and Surprising Recipes to Pass Around Your Table.”

CO-MINGLE AND SHOP
Rest and recharge in a new lounge pop-up space at the Venetian/Palazzo Congress Center.

The 1,170-square-foot space, decked out by Restoration Hardware, is the result of a partnership between Zappos, The Venetian, The Palazzo and Sands Expo. Visitors will find Wi-Fi, stations to charge their devices, four spaces to make private calls and a meeting room. The lounge is available to the public from 9 a.m. to 5 p.m. daily.

For those who have recharged, a new Atrium luxury retail concept recently bowed at The Venetian. The space’s opening follows the first Atrium’s debut in October at The Palazzo, spanning 16,000 square feet and featuring brands such as Ferragamo, Dior, Bovet, Westone, House of Sillage, Christophe Claret and Remy Martin selling accessories, fine jewelry, watches, beauty and electronics. The Liquor Library selling spirits is unique to the Palazzo location.

INTRIGUING POSSIBILITIES
The Wynn Las Vegas’ newest nightlife venue, Intrigue, opened last year in the space formerly occupied by Tryst. Designed by Roger Thomas and his team at Wynn Design and Development, the 14,000-square-foot club marks a departure from the resort’s other popular nightlife concepts — XS, Surrender and Encore Beach Club — providing a more intimate and exclusive experience for guests.

The primary focal point in the club is a 94-foot man-made waterfall and mountain directly in front of the 1,183-square-foot outdoor patio. From there, guests can take in the impressive fountain and pyrotechnic show in the middle of the lagoon. The white decking and furniture provide an ideal canvas for the colorful light show. Two alcoves carved into the mountainside, one on each side of the waterfall, evoke a sense of whimsy, with chandeliers hung at conversational height and sculptural Harry Bertoia chairs. The patio includes a full bar set into the mountain.

Inside, Intrigue features a private club-within-a-club called The Living Room at Intrigue. The luxurious and chic blush and gold space is social media-free, and a quiet and comfortable respite from the club’s main room (which is quickly accessible through hidden bookcase doors). A two-way mirror behind the private bar allows guests a glimpse into the main club.

The Living Room DJ picks songs from a wall collection of over 1,000 constantly updated records spanning rare grooves to current tracks. Members even have personal lockers where they can keep their personal bottles of wine and liquor. Guests who aren’t members are, natch, subject to door discretion stewarded by nightlife veteran Timothy Sheldon.

BOTTOMS UP
Located off the casino floor of The Venetian, adjacent to Restaurant Row, the hotel’s newest bar, The Dorsey, offers an intimate, “grown-up” cocktail experience. David Rabin, the man behind New York hot spots Café Clover, The Skylark, The Lambs Club and Jimmy at the James, assisted The Venetian in creating a new concept offering discretion and allowing guests to enjoy relaxed conversation (no yelling over thumping music) over modern-classic cocktail in a fun atmosphere.

Designed by James Beard Award winner Thomas Schlesser and inspired by some of the finest cocktail bars around the world, The Dorsey’s exterior features millwork, mahogany and bras, while the interior uses a rich combination of French oak, leather, brass and marble.

Designed to feel like a home away from home, the 4,500-square-foot space has several large tufted leather sofas providing multiple spaces for gathering and conversation. There’s also a separate library space with an inviting and modern fireplace as the focal point. There are also top-notch digital art displays on eight screens from artists such as Marilyn Minter, Laurie Simmons, Poyen Wang and Jason Salavon.