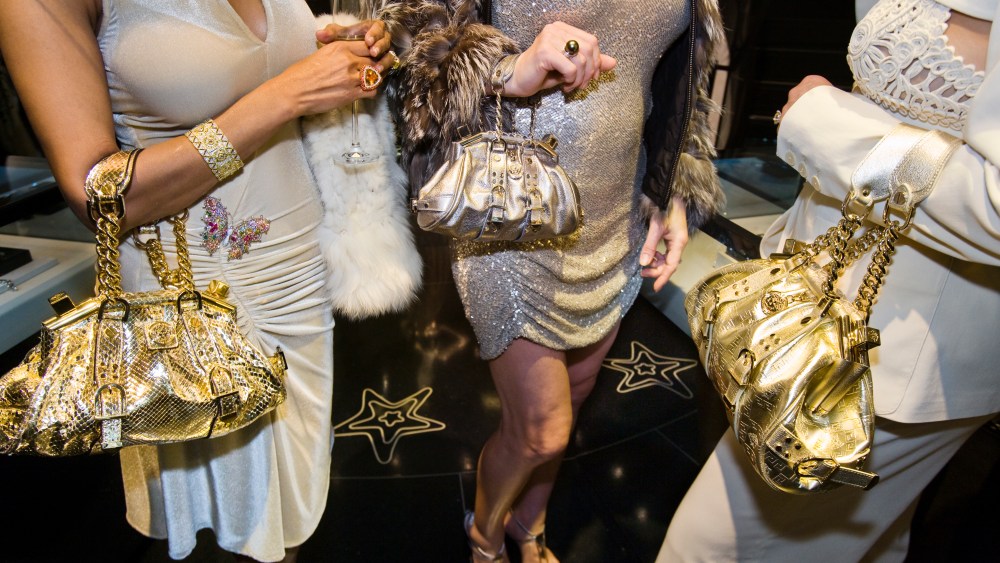 Photographer Lauren Greenfield isn’t hesitant about shining a camera on out-of-control materialism and consumerism, themes she continues to explore in her latest show at the Annenberg Space for Photography in Los Angeles.

“I had this flash in 2008 when I was making [the documentary] ‘Queen of Versailles’ and I looked at the crash in California to Dubai to Ireland to Iceland and when I saw it hitting this billionaire family I just realized there was something about human nature in this environment where we had all kind of made the same mistakes. The crash was kind of a morality tale from all the stories I had been doing since the early Nineties,” says Greenfield, whose show, “Generation Wealth,” represents a return to the Annenberg Space, where she mounted the documentary short “Beauty CULTure” and accompanying photo exhibit in 2011.

A year after that exhibit, Greenfield went through 500,000 photographs that she ultimately whittled down to 600 for her Phaidon monograph “Generation Wealth.” She also began shooting new work to fill in the holes of the narrative.

The show is divided into eight sections, beginning with L.A. in the Nineties and ending with the housing crash. Along the way, she covers a range of mega-issues: materialism; kids growing up too fast; parents aging in reverse; the porn-ification of culture, and celebrity culture.

Greenfield includes a photo of a 12-year-old Kim Kardashian that was an outtake from her first book “Fast Forward,” about kids growing up too fast. “I didn’t see its significance then but now as a figure, as a reality TV star, she’s a driver of a lot of my themes. The fact that fame is an important part of this work and the fact that she becomes famous from a sex tape is an important part of this work,” she says.

The exhibit itself is very text heavy, to include many anecdotes and quotes from the subjects. “I really felt the subjects’ voices were an important part of the work. The pictures are my observation but a lot of the information and ideas come from them. Reporting from the front lines is what I do,” she says.

There are also cameos by fashion figures Renzo Rosso, Donatella Versace and the Kayne sisters, as well as a slide show on fashion branding that includes images of Prada and Louis Vuitton.

Those who don’t get to see the show in L.A. will be able to catch it in New York in September and can delve further via Greenfield’s documentary of the same name for Amazon Studios, out later this year.

“The backdrop of all of this is that we’ve never had so much inequality and we also have less social mobility than we used to,” she observes. “It’s unsustainable and there’s also an addictive quality, and ultimately it’s unsustainable for the planet.”