"I wanted it to be an examination of the culture that allowed this to happen," said Sey of the documentary featuring the athletes, attorneys, detectives and reporters who brought USA Gymnastics doctor Larry Nassar to justice.

For more than a decade, Jennifer Sey has been inspiring social activism in her work as Levi’s senior vice president and chief marketing officer, and in her life as a former competitive gymnast and early whistleblower about the sport’s coaching abuses and cruelty to young girls.

Now, she’s used her platform to produce “Athlete A,” a powerful film making its debut Wednesday on Netflix about the takedown of USA Gymnastics doctor Larry Nassar. Directed by Bonni Cohen and Jon Shenk, the documentary tells the story of the athletes, their attorneys, the Michigan State University detective and Indy Star journalists who brought him to justice for sexually abusing more than 500 victims under the guise of giving them medical treatment.

“I initiated the film because of having written a book in 2008 which is now considered an early whistleblower’s account,” Sey told WWD, referring to her memoir, “Chalked Up: My Life in Elite Gymnastics,” detailing the culture of pain she endured starting at age six when she was inspired by Nadia Comaneci to enter the sport, and become a seven-time member of the U.S. national team, before retiring after a string of injuries before the 1988 Olympics.

The book was a watershed, helping Sey to find her voice — which is prominent in the film — and others to find theirs. When the Nassar scandal broke in 2015, Sey became a sounding board for California sexual abuse lawyer John Manley who represented more than 200 victims, and for prominent survivors Jamie Dantzscher, Rachel Denhollander, Aly Raisman, Maggie Nichols and many more. “I felt this kinship, because despite being much older…we had such similar experiences. I felt like I could provide some hope that they could get through this and rebuild their self-esteem,” said Sey, who traveled to Washington with some of the victims to speak to Congress on behalf of the 2017 Safe Sport Act.

“At a certain point before Nassar went to prison, I felt this story could be told effectively as a film and it would give these women a bigger voice,” said Sey. When she met the film’s San Francisco-based directors, she brought a PowerPoint to make her case. “I felt strongly that it wasn’t, ‘Let’s tell this salacious story about this doctor who is the most prolific pedophile in the history of the sport.’ I wanted it to be an examination of the culture that allowed this to happen.”

When the directors signed on, Sey rallied sources. “Maggie was the first to report to USA Gymnastics, Jamie the first to file a civil suit, and Rachel the first to go public giving her name and likeness to her story, which is what brought on all the other women. I was able to get these women on board because they knew and trusted me,” she said.

Sey chatted with WWD about her first film project, parallels between the fashion and gymnastics worlds, and what work is left to be done.

WWD: Did you ever have any direct experience with Larry Nassar?

Jennifer Sey: No, I think we missed each other by six months. His first job as a trainer was in 1987 and I left the sport in early 1988. But he had friended me through social media, which is weird, because I was a voice within the community. I remember receiving notes from him over the years, commending me on speaking up, which is really creepy now that I think about it. But that’s how he hid in plain sight, it was purposeful, by pretending to support athletes.

WWD: What is it about the gymnastics culture that allowed him to flourish?

J.S.: The culture of emotional and physical abuse is disorienting for children, it creates a culture of obedience because you want to avoid that wrath, and you doubt your own perception of what was happening. You feel in your heart and body that you are hungry but are told you are fat, so which one is it? You are told you are weak and pathetic because your ankle is broken, mine was, and you’re not training to your full capacity. I can only imagine when you as a child go into this man’s office and are already questioning things, and he does this thing that’s clearly wrong but you are supposed to be grateful to be there and revere him, you question your own perception of that, and that allowed him to do this forever. These things are all pieces: the physical, social and sexual abuse.

WWD: The fashion industry has many of its own abuses. How has your perspective on gymnastics influenced your work at Levi’s?

J.S.: On the personal front, when my book came out in 2008, I kind of kept it a secret, because I didn’t want anyone to know I had any interests other than my job. I didn’t talk about my children or have pictures of my children out, either. Because if I was up for a promotion, I didn’t want there to be anything that could get in the way of anyone thinking that I wasn’t 150 percent dedicated to my job. And I don’t think I was wrong to think that because for women for a long time, in the Eighties and early Nineties, that was a reality. But [the book] actually had the opposite effect. There was renewed respect for how I used my voice. So, I think Levi’s is a special culture in that way. It validated that if you use your voice, you can have an impact and create change and I started to apply that more to the workplace in the issues I thought we should take a stand for as a brand. And in 2013, I started to have a lot more say over that as the chief marketing officer. And over the last seven years, we’ve progressively become more values-led in how we communicate.

As far as the industry, it’s everything from excessively thin models — and we’ve done a good job in taking lead around body diversity — to how women are the majority of people who consume, buy, and pay attention to industry, and still the majority are men at the top level. I continue to do what I can internally and externally on that. As a human, in merging these two parts of myself, I’ve gotten more confident of speaking out in all aspects of my life without mincing words and without fearing repercussions, that goes for the industry, inside my company and within athletics and the Olympic movement.

WWD: In many ways, U.S. Gymnastics became a brand at girls’ expense, and that’s something fashion has to grapple with, too.

J.S.: Yes, at the earth’s expense and human expense. But through our Worker Well-being Program, we work with suppliers and factories to build out programs they say they need in their communities, whether it’s financial education or child care, it varies. And the majority of our product is made in Worker Well-being factories. And a lot of our charitable giving is around supporting supply chain workers who tend to be women with children, so we are very attuned to this.

WWD: How will this film hit in today’s political climate?

J.S.: We began making it as the #MeToo movement was becoming well-known in 2017 and ’18, so there was overlap. That’s not been the center of the conversation in the last few weeks with the Black Lives Matter calls to social justice. These movements are discrete, certainly, but they all fit under the header of giving equality and voice to those who don’t have one. What’s particularly egregious about this abuse is these are children, they are elite athletes but children, trained like this from six, seven, eight years old.

J.S.: For many years, I did not. There’s a part in the film where I describe watching Kerri Strug do a vault on a very severely injured ankle. That really bothered me. I’m sure it’s a very proud moment in her life, but that could have gone differently. She could have landed on her head and broken her neck. I do watch now but with skepticism. I watch the Olympics, and would stand by these athletes as the greatest in the world. The last line in my book is “I miss it every day.”

WWD: Is there still unfinished business in the sport?

J.S.: So much, we’ve not even scratched the surface. U.S. Gymnastics would like us to think there is one bad apple, and now that he’s gone everything is fine. But he’s a product of an abusive culture and they have not even started to declare a zero-tolerance policy. They have not done an independent investigation, there are people who worked there when Nassar worked there who still are there. The outside world has celebrated the survivors, but inside gymnastics, that has not happened. I believe in sports for kids, but I also believe parents need to understand the coach’s philosophy. I don’t think you need to hover, but you should ask about it. I also want kids to know their experience is valid and they should speak up when something is not right. I think if I had been taught that, I might have done that for myself before my early 40s. 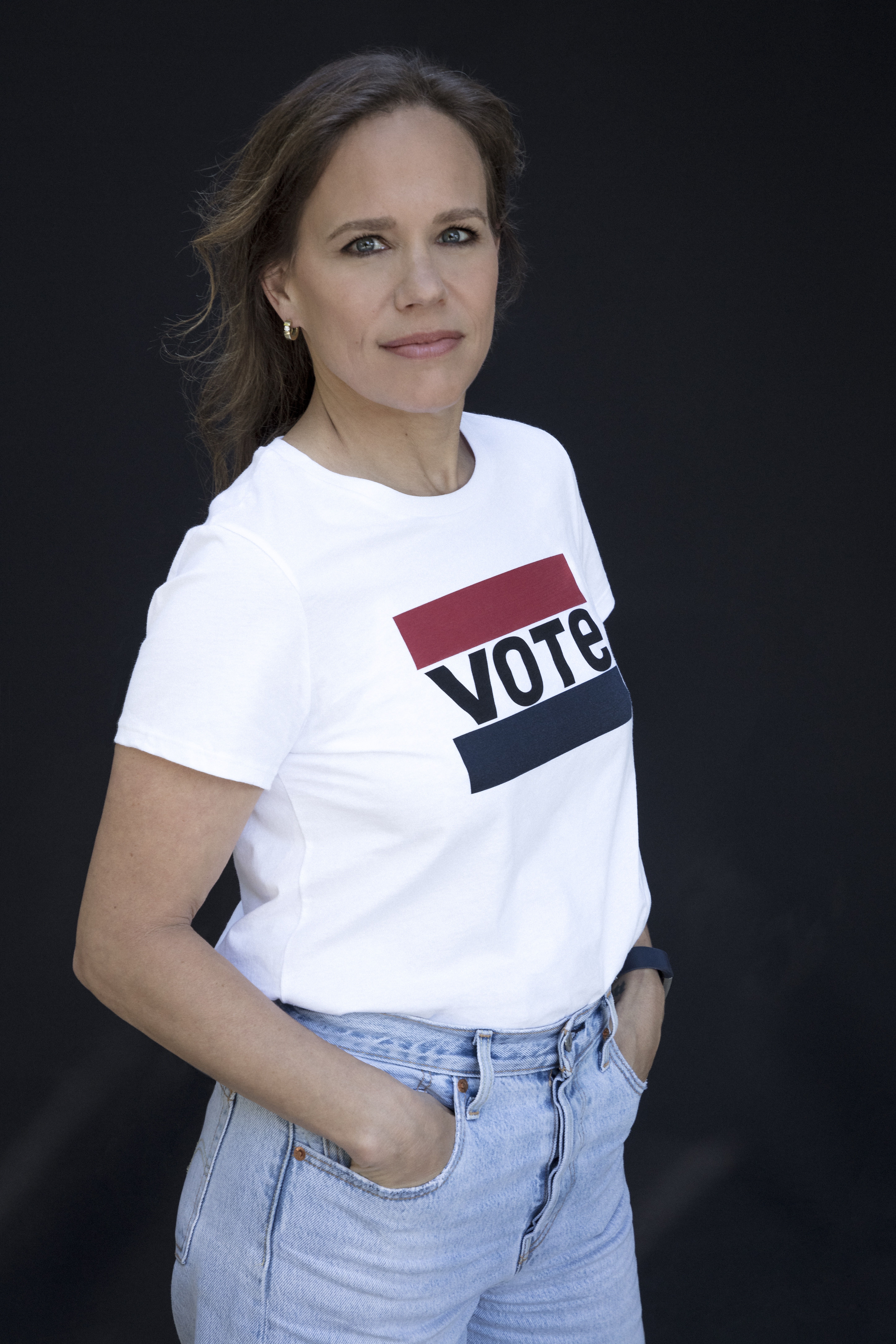