A FAMILY AFFAIR: A collection of Polaroids and vintage photos by Linda McCartney from the Sixties and Seventies, some on view for the first time, reveal the intimacy of the McCartneys’ family life remote from the Beatlemania.

Defying the rampant coronavirus anxiety, Mary McCartney opened Linda McCartney’s “The Polaroid Diaries” at C/O Berlin on Friday evening. “She’d always be looking for everyday moments,” the photographer said about the her late mother’s work, which will be on view until June 6. 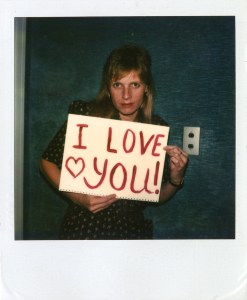 Linda McCartney was a distinguished music photographer before she met and married Paul McCartney. Her photos of The Rolling Stones’ “Aftermath” album release in 1966 launched a successful career as a music photographer that led her to shoot stars like Aretha Franklin, Janis Joplin and Jimi Hendrix, and, eventually, The Beatles. But the observer behind the lens became the subject herself upon marrying Paul McCartney. Married life marked a departure from documentary music photography to more experimental approaches, as shown in the current exhibition, curated by Mary, Stella and Paul McCartney with Sarah Brown, curator of the Linda McCartney Archive, and Felix Hoffmann for C/O Berlin.

Two cyanotypes of the “Sun Prints” edition, testaments of her interest in the technical and historical aspects of photography, and “Road Works,” a serial of photos of urban scenes taken out of tour buses and cars, prelude the conglomerate of 250 Polaroids. McCartney took more than 5,000 photos of her immediate environment over the course of 20 years. The selection, initially made by Mary and Stella McCartney for the namesake book published with Taschen last fall, shows everyday snapshots of the nature and animals at the family’s Scottish farm, Paul brushing his teeth, Heather with a pet, Mary blowing out birthday candles, James on the grass, Stella sitting on some doorsteps with her friend Kate Moss, the family sitting in a public bus in Lagos, Nigeria. 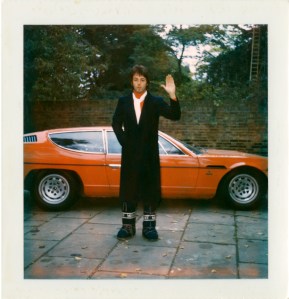 “The family is very aware about giving Linda McCartney credit as a woman artist of the 20th century, about giving art historians access to her work and inspiring younger artists that you don’t need to be limited by who you are and the space you find yourself in to push the mediums of art you work with,” archive curator Brown told WWD at the opening.

Besides book publications and the current exhibition, the Linda McCartney retrospective, first presented in Vienna in 2013, will show in Paul’s hometown Liverpool in April and then tour internationally.