Liz Diller and Carrie Mae Weems in Conversation at Prada

Prada kicked off their Prada Invites series Wednesday with a discussion and cocktail.

The night before staging its resort show in Manhattan, Prada kicked off a series titled Prada Invites, a collection of projects engaging various artists and creatives in the “universe of nylon,” Prada’s signature fabric, as the brand describes it.

First up was a conversation between architect Liz Diller and artist Carrie Mae Weems; Diller, along with Cini Boeri and Kazuyo Sejima, designed a piece for Prada shown last September, and she took the stage to explain “The Envelope” garment bag she created as well as her career highlights including The Shed at Hudson Yards and the High Line.

Of designing the garment bag dress for Prada, she said she was excited by the turnaround time, which was only a matter of weeks before it was on the runway. “We don’t work fast in architecture,” she said. “So this was a really fun and fast assignment.”

Diller and Weems are partnering together on a next large-scale project, due in 2021 or 2022.

“I think that we have a lot in common even though our work is very, very different,” Diller told Weems. “This concern about space and the politics of space and the coating that we basically inherit in our buildings and our institutions in our stores and our everyday world that we typically sleepwalk through, because they’re so familiar that we never really question them.”

She also praised Weems’ delivery in what her work says to the consumer.

“You don’t beat people over the head with a message. It’s beautiful,” Diller said. “The work is so beautifully done and it’s so crafted that one just looks at it and through that sort of beauty and poetry the politics come through in an even more pointed way.”

“I’m not really sure if I had a message,” Weems replied. “I had concerns, I think. Things I want to fill in that I’m pointing myself toward, I think, in the same way that perhaps you’re pointing yourself towards. You are interested in focusing some attention on that.”

She returns the compliments to Diller. “You raised the bar and gave us a sense of audiences and cities and citizens, ideas about what could be made,” Weems told her. “And that, I think, is an extraordinary thing that the work that you’ve produced over the course of your career; your life has been so incredibly influential. That it’s had that sort of ability to reach out beyond itself, to be bigger than and to scale larger than itself. And to use the platform as the platform, the form as the platform for generating new ideas, new concepts, new possibilities, and how we might engage this.” 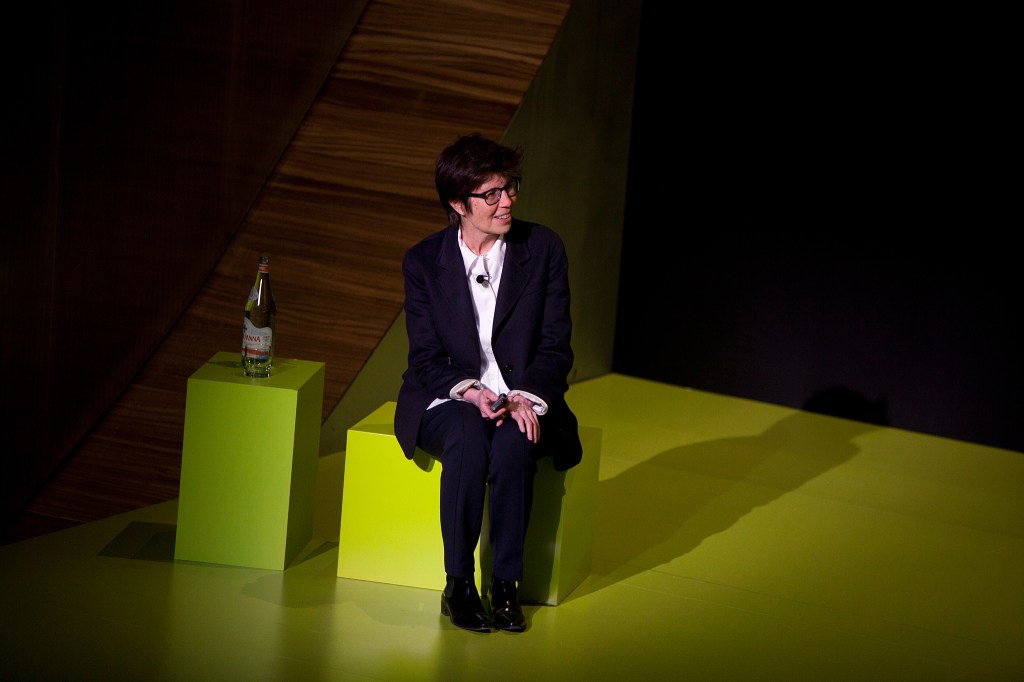 Of her own work, Weems spoke about the use of women’s bodies, as well as influences from pop culture.

“Appropriation we’ll probably always do to one degree or another because I get to have something that doesn’t belong to me, otherwise to think about them,” she said. She added that she started going to movie sets and photographing herself there to understand what was happening in the pop culture landscape.

“People like Lee Daniels are really changing the playing field in terms of what something might look like intuitively popular culture. It’s a great TV. Even though I don’t watch as much TV, I’m aware of television and the role that these shows like “Scandal” that had in shifting this architecture of the imagination in relation to what is seen and how it’s seen.

“If you get out of the way of the work, the work will do the work that the work needs to do,” Weems added. 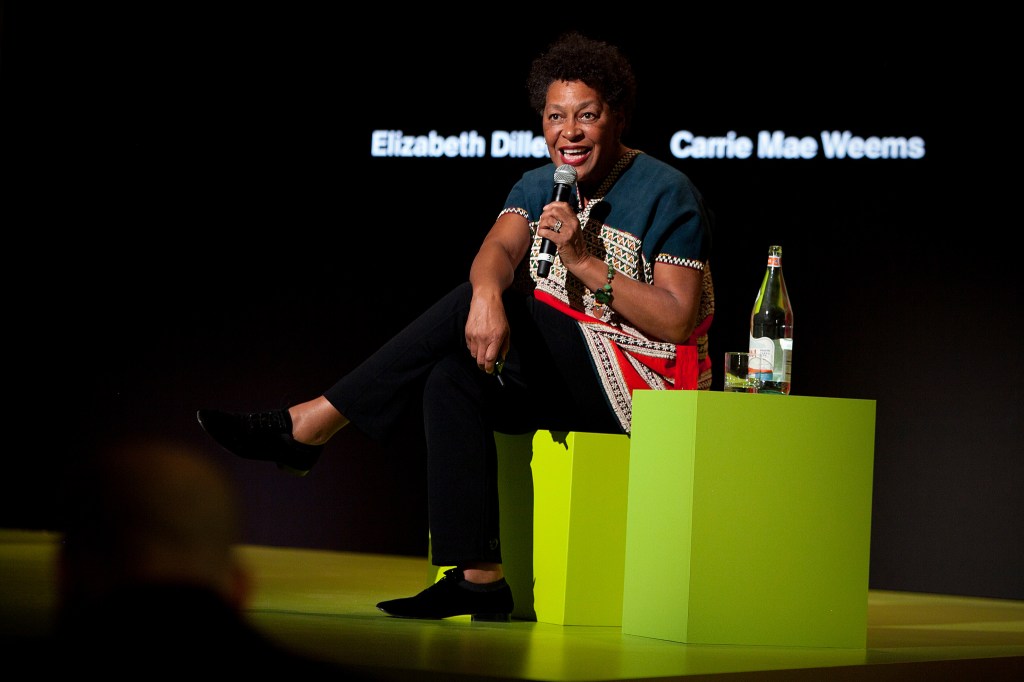