Ringgold is the subject of the Serpentine Galleries' summer exhibition and to coincide with the opening, Matchesfashion.com has also dedicated a room at 5 Carlos Place to celebrate her work.

The work of Faith Ringgold is celebrated in an exhibition at the Serpentine Galleries, her first in a European institution.

NEW ERA: American artist and activist Faith Ringgold is making her presence felt in the U.K.

Today, she opened the doors to her first European institutional exhibition at the Serpentine Galleries in Hyde Park, while over in Mayfair, Matchesfashion.com transformed one of the rooms in its 5 Carlos Place townhouse into “Faith Ringgold’s Reading Room” for customers to read the artist’s children’s book and other titles contextualizing her work, listen to some of her favorite music — and shop cashmere blankets inspired by her famous quilts.

“Faith Ringgold is a groundbreaking artist who challenged the establishment to rethink what art is and has championed the importance of free speech. We [wanted] to support her first European exhibition and amplify her fascinating voice through a program of events at our London townhouse and our broadcasting hub online, to inspire our global audience,” said Jess Christie, chief business officer at Matches.

The retailer has previously hosted a talk with Ringgold and the Serpentine’s artistic director Hans-Ulrich Obrist during Frieze New York and has been spearheading a bigger push to incorporate art and lifestyle within its fashion offer.

For the Serpentine’s Obrist and chief executive officer Yana Peel, spotlighting Ringgold for the gallery’s much-anticipated summer exhibition was a no-brainer given the relevance of her voice and the common ground between the artist’s democratic spirit and the institution’s “free art for all” ethos.

“During the times we are in, the future can’t be predicted but it can certainly be invented, so as we look to our 50th anniversary celebrations in 2020, artists like Faith will define the success of this first half century,” said Peel.

Ringgold, whose work ranges from oil and acrylic paintings to quilts and political posters, reminisced about some of her most famous pieces displayed across the Serpentine and dating as far back as the Sixties.

“I was trying my best to paint my story being a black woman in America. It was fascinating to me and every decade it grew and changed and absolutely never went away. As an artist you have an opportunity to express yourself and project freedom, so I’m pleased to be here and show this work because it’s been a long, hard journey,” said Ringgold, while pointing to a piece from 1967, titled “American People #19: U.S. Postage Stamp Commemorating Advent of Black Power” which galvanized people to go out on the streets and shout about black power. 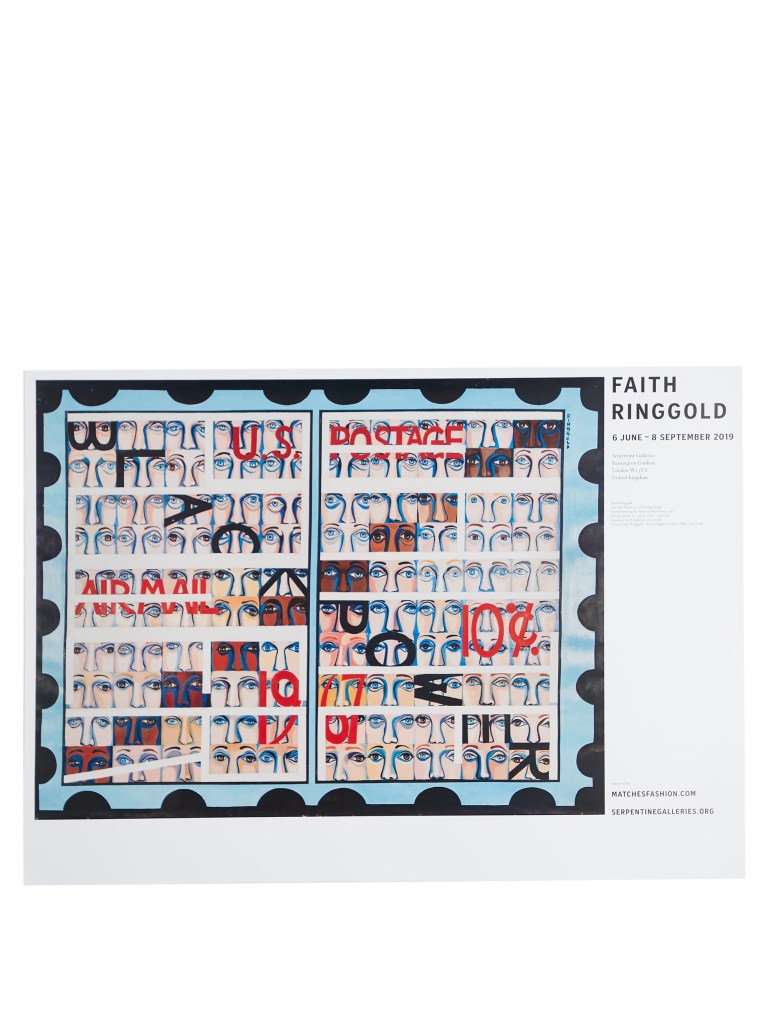 “It was big news because we never thought of anything black having any power. Those two words together, really? But you’ve got to say it before you have it,” said Ringgold, who was dressed in a T-shirt featuring former U.S. president Barak Obama’s face and big, statement jewelry.

Political activism has been part of her identity from the get-go, using her work as a vehicle to talk about gender inequality and the evolution of African-American identity. When asked about President Donald Trump’s current state visit to the U.K. she did not hold back: “I think it’s interesting that he’s president and got the votes, with such a wonderful woman running against him. Many people thought it will never happen, so I guess they didn’t vote. I don’t want to think they didn’t want a woman president, even though I do think that actually. Our loss was nobody’s gain, we should have had her. We couldn’t have done worse and never in my 88 years have I seen a worse situation but I think we deserve another chance next time around and hopefully we can do better and turn it around.”

Ringgold also spoke of her mother, who was a “fabulous fashion designer” and often sewed the frames in her paintings to create her famous quilts.

“Quilts were the Africans’ way of bringing art to America in a disguised way, because they were practical and oh, my goodness, they are all over the world. They couldn’t come here making masks, sculptures and paintings were all dropped,” said Ringgold, adding that her versions of the quilt incorporates paintings on canvas. “Everyone insists to look for the threads. Sorry, people but mine are painted on canvas but just keep looking and looking and the more you look, the more you’re going to see.”

The exhibition will run until Sept. 8. 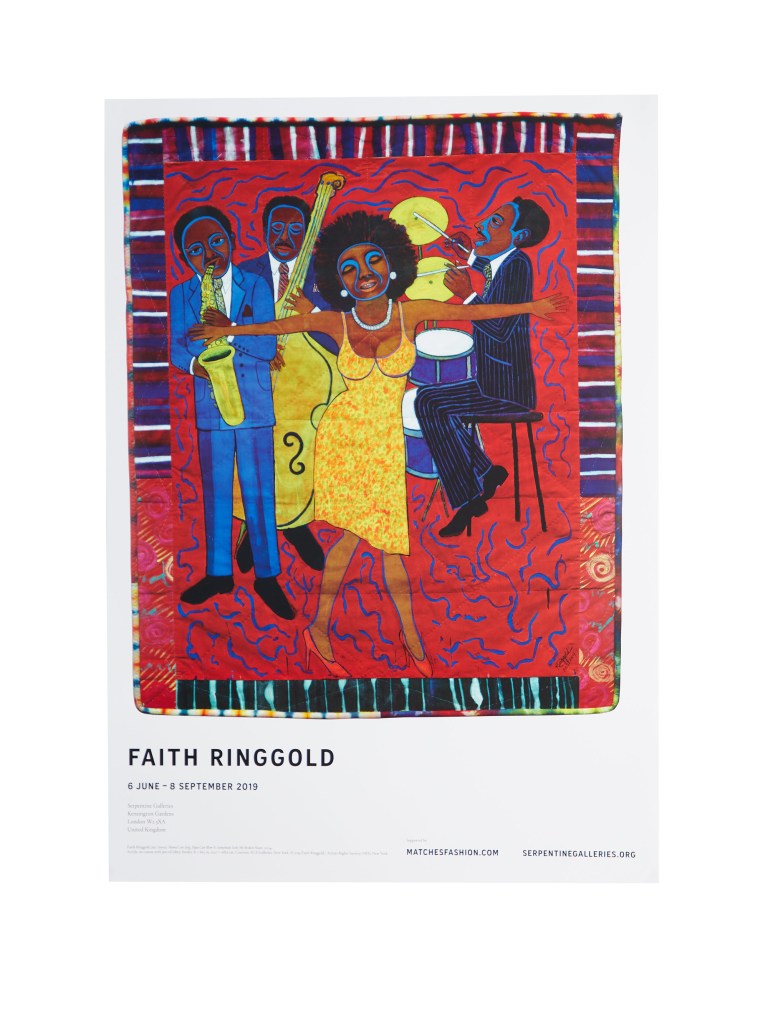