London’s Design Museum Gets a New Home in Holland Park

Two years behind schedule, the museum will open to the public on Nov. 24, with a permanent exhibition called "Designer Maker User." 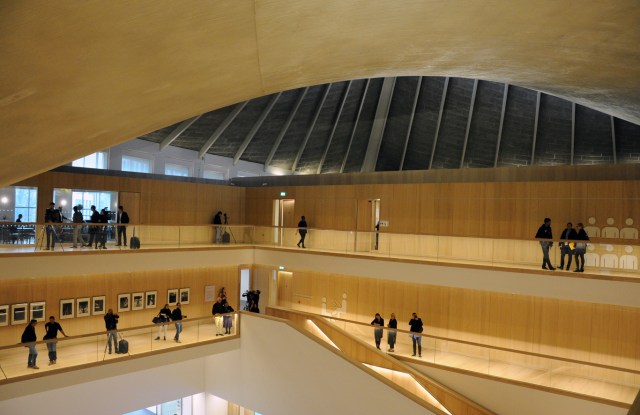 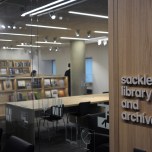 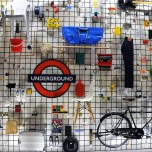 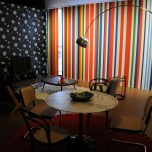 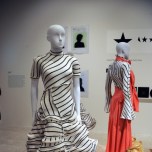 LONDON — London’s Design Museum has a new home designed by John Pawson in the former Commonwealth Institute in Holland Park; it’s triple the size of the old space on the Thames and filled with a variety of 20th-century objects including a Burberry trenchcoat, Christian Louboutin Pigalle heels and punk creations by Vivienne Westwood.

Two years behind schedule, the museum will open to the public on Nov. 24, with a permanent exhibition called “Designer Maker User,” that includes more than 1,000 items of contemporary design from the 20th century. A digital display will allow visitors to view and engage with various fashions of the decade. The first show, “Fear and Love: Reactions to a Complex World,” will focus on how design is tied to commerce and culture.

Founded in 1989 by Sir Terence Conran, the museum focuses on modern design and architecture. The original venue on Shad Thames in east London was host to more than 100 shows, including the blockbuster “Hello, My Name is Paul Smith,” and “Women Fashion Power,” and has showcased the works of Paul Smith, Zaha Hadid and Frank Gehry. The Shad Thames venue closed five months ago.

The new museum is located 224-238 Kensington High Street, in an historic Sixties building. It spans 108,000 square feet, with two gallery spaces dedicated to temporary shows, the free “Designer Maker User” showcase and the Swarovski Foundation Center for Learning. It also houses the Bakala auditorium, the Sackler Library and a designers-in-residence studio. There is also a shop café, restaurant and members’ area, offering views over Holland Park.

“This is my first public building, and it’s the most complex project that we’ve done,” said Pawson, who has created minimalist store designs for designers including Calvin Klein and Christopher Kane. “It’s not the biggest, or the most expensive. It’s just been very complex to do with all sorts of people. I think architecture is a lot about communication.”

He added that his brief is “always to try to make a building for people, as well as objects.”

Pawson worked with OMA, Reiner de Graaf, Allies and Morrison and Arupon on the Sixties structure, and said the job was a jigsaw puzzle, due to the restrictions on the Grade-II listed site. The ground floor resembles the interconnected setup of the Guggenheim in New York — but with sharp angles.

Visitors can gaze upward at the original angular roof and see all the floors from the main atrium.

The Swarovski Foundation Centre for Learning and the Sackler Library and Archive are located upstairs. The Swarovski center is comprised of five learning areas and will offer programs, events and activities for schools, adult learners and design professionals.

“This center is a platform meant to have a positive impact,” said Nadja Swarovski, member of the Swarovski executive board. “We feel that education is the solution for so many issues, and that some of the solutions are in design, which (encourages) problem solving. The art world, design and fashion industries might seem intimidating to the outside world, but all of these industries are there to cater to the general public, so let’s open these doors.”

Conran said the opening of the new venue was an emotional time for him. “I was almost in a flood of tears. I think one of the things that John Pawson has achieved is a lovely feeling of quality around the space that you don’t find in many British buildings.” Conran added that he is still fond of the former Shad Thames space, which had previously been a banana warehouse. It was sold to the late Zaha Hadid’s architecture firm, and Conran noted that the firm will pursue her original idea to use it as an architectural archive.

“Fear and Love: Reactions to a Complex World,” will open with the museum next week. The show includes Hussein Chalayan’s range of wearable emotion-detecting tech items and OMA’s The Pan-European Living Room, an installation featuring creations from 28 European Union member countries.

The Beazley Designs of the Year award and exhibition, will also open next week and includes more than 70 designs, some of them fashion from designers Craig Green, Agi and Sam and Richard Malone. The awards will be announced on Jan. 26.