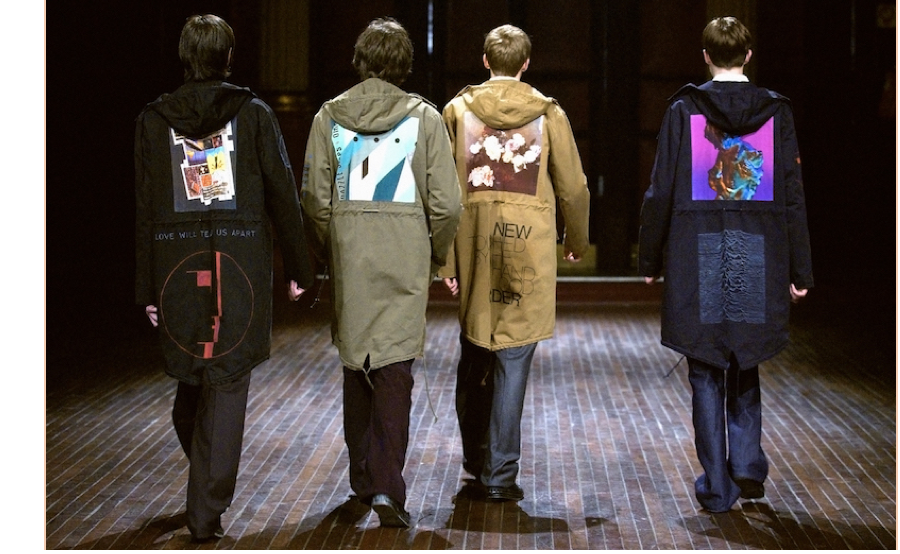 From the new Cutler and Gross vintage store in Marylebone to an exhibition on the rich heritage of Savile Row tailor Hardy Amies, here are some of the best places to visit during the London men’s fall shows.

VINTAGE SPECS: British luxury eyewear brand Cutler and Gross is adding a touch of insouciant cool to Marylebone’s Church Street  — famous for its antique shops — with the opening of its first vintage boutique. The space, which spans 440 square feet, features over 300 styles of vintage eyewear from the Sixties through the mid-Aughts, referencing key trends from those decades — from glamour to grunge. Eighties styles are heavily featured in-store, harking back to the time when Grace Jones used to visit Cutler and Gross boutiques in its oversized sunglasses. Creative director Marie Wilkinson, who handpicked the styles on offer, said she wanted to create a welcoming, museumlike space where collectors can track down special items.
“For me, vintage glasses are about style, uniqueness and objects of desire, tracked down by the keenest of collectors. So, we wanted a welcoming gallery space suitable for our Thirties mahogany cabinets of curiosity,” said Wilkinson.
Taking inspiration from the brand’s first store in Knightsbridge, the boutique features wooden displays, earth-tone colors and a vintage chandelier.

LOOKING NORTH: The way North of England has inspired the works of designers, photographers and contemporary artists is the subject of a new exhibition, “North,” set to open on the first day of London Fashion Week Men’s at Liverpool’s Open Eye gallery. Co-curated by Showstudio editor Lou Stoppard and journalism professor Adam Murray, the new exhibition looks at the cultural heritage of the region and brings together a diverse range of works to create a collective vision of the North.
Photography plays a key role in the exhibition and features early works by Jamie Hawkesworth and Alasdair McLellan, as well as historic prints by the likes of Nick Knight and Glen Luchford. Among the standouts is an original print from Luchford’s first-ever shoot in 1989 for The Face magazine.
Garments by designers such as Raf Simons, Christopher Shannon, Peter Saville and John Skelton, who have often referenced Northerner style, are also on display. Off-White’s Virgil Abloh, a known fan of the sounds and graphics of Eighties Northern England, has also created a garment especially for the exhibition.
The items on display are accompanied by video interviews created by Showstudio, featuring born-and-bred Northerners including British milliner Stephen Jones and up-and-coming designer Claire Barrow, who discuss the ways the region has influenced design and visual style.

MODERN MATHS: Zaha Hadid Architects has designed the Science Museum’s newest permanent gallery which explores how mathematics has shaped our lives. Mathematics: The Winton Gallery is the first project by the architectural firm since Zaha Hadid’s death and pays homage to Hadid’s ongoing interest between the relationship of mathematics and geometry with architecture.

In the architect’s signature futuristic aesthetic, the new gallery features gigantic curved structures suspended from the ceiling. Inspired by the Handley Page aircraft and equations of airflow used in the aviation industry, the layout and lines of the gallery represent the air that would have flowed around this historic aircraft in flight.

Inside the gallery, over 100 objects from the museum’s technology, mathematics and engineering collections are displayed. Among the highlights are a Handley Page “Gugnunc” airplane, which inspired the gallery’s design, built in 1929 for a competition to construct a safe aircraft. There’s also a 17th-century Islamic apparatus that uses ancient mathematical techniques to map the night sky.

“We were hugely impressed by the ideas and vision of the late Dame Zaha Hadid and Patrik Schumacher when they first presented their design for the new mathematics gallery over two years ago. It was a terrible shock for us all when Dame Zaha died suddenly in March this year,” said Ian Blatchford, director of the Science Museum Group. “I am sure that this gallery will be a lasting tribute to this world-changing architect and provide inspiration for our visitors.”

MAN VERSUS NATURE: Tristan Hoare gallery in London’s Fitzrovia is hosting “Cell-(Estial),” the first solo show of the Lebanese-born, London-based artist Flavie Audi. Audi, who is known for her glass creations, is a much talked-about name in fashion circles, having recently worked with Alexander Lewis to translate her glass sculptures on clothing using Swarovski crystals.
Her latest show incorporates art and photography with her signature glassworks to explore how the natural and artificial worlds meet. Spread across two rooms, the exhibition plays with juxtapositions; one room focuses on the natural qualities of glass by featuring sculptures which absorb and reflect light while the second plays with the idea of glass as the interface between the viewer and the virtual world.
A video and sound installation is also on display and aims to define the idea of Cultural Geology — humans creating synthetic materials mimicking nature.
The exhibition runs until Jan. 10.

COUNTRY MEMORIES: A new exhibition paying homage to Hardy Amies, Savile Row tailor and dressmaker to the Queen, has opened at the Valence House Museum in Dagenham — a suburb of east London — where the late designer spent much of his childhood.
The show is co-curated by London College of Fashion professor Amy de la Haye and Create London, an initiative that works to incorporate art into the lives of city dwellers. It features the bright pink dress and jacket Amies designed for Queen Elizabeth’s Silver Jubilee in 1977, vintage suits from the designer’s own wardrobe and a Teddy Boy outfit created in collaboration with British high street retailer Hepworths. Alongside the garments is a selection of letters, photographs and film footage that capture moments from the designer’s childhood in the East London suburb.
The exhibition runs until Feb. 25.

STREET FOOD REDEFINED: Michelin-starred restaurateur David Muñoz is bringing his “punk rock meets fine dining” aesthetic to London with his latest venture, Street Xo. Inspired by street food, the new Mayfair restaurant will have an ever-changing menu of unusual dishes designed to be shared tapas-style and that blend Spanish with Asian and South American flavors. Some of the most popular dishes include Pekingese dumplings served with crispy pigs’ ears and gherkin slices served with strawberry sauce and grilled octopus with a vivid green sauce of apple and tomato.