New restaurants, bars and exhibits to visit during LFW. 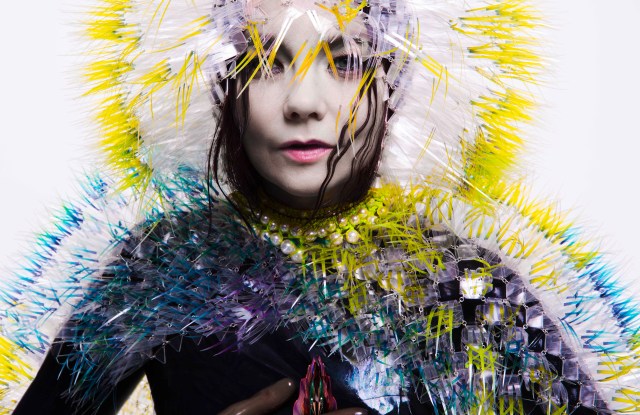 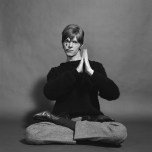 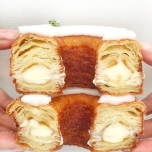 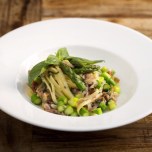 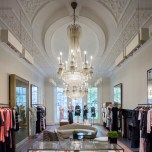 PACIFIC CHARM: Black Roe Poke Bar & Grill adds a refreshingly relaxed, intimate atmosphere in the heart of the very polished Mayfair with rustic interiors from moody, gray walls to worn wood tables. Aiming to serve the finest Pacific Rim cuisine, the restaurant has a Poke bar serving raw dishes and oysters while the seated area — which can accommodate up to 60 people — serves a selection of sustainable grill meats. Sustainability is at the heart of the restaurant; the team works with farmers and fishermen to source its product, while the basement area is lined by tanks filled with fresh live seafood. — Natalie Theodosi

TASTE OF ITALY: A new boutique hotel is opening its doors this fall. Located in a secluded English garden in a quiet corner in Knightsbridge, The Franklin hotel is designed to feel like a private home. It has 35 guest rooms as well as additional facilities including a hammam and garden-facing restaurant by Italian Michelin star chef Alfredo Russo. Designer Anouska Hempel created the hotel’s interiors, drawing inspiration from Italy and particularly the romantic atmospheres of Rome and Venice. Hempel sourced fine fabrics from the Italian capital and created made-to-order tables for the garden, which aims to recreate the feel of a traditional Italian piazza. – N.T.

EAST MEETS WEST: Boutique 1, the Middle Eastern luxury retailer, which has recently expanded with a new store on Sloane Street, is adding to the shopping experience with April’s Café, a new in-store café and restaurant. Created in collaboration with Pablo Flack and David Waddington of Bistrotheque — the East London restaurant frequented by designers from Henry Holland to Charles Jeffrey — April’s offers a relaxed atmosphere and a constantly evolving menu depending on the season. There’s a focus on healthy choices such as granola and pressed juices for breakfast, as well as Middle Eastern touches in the form of a labneh and dukkah dish; a herb-infused yogurt. The restaurant’s extended courtyard, offering al fresco dining, is another highlight. “It’s great to be starting a new project in Chelsea, a part of town which has kept a sense of eccentricity and charm. April’s was inspired by the Physic Gardens, the local grandees and a playful spirit. The cute terrace will be a place to relax over lunch and a glass of champagne or two,” said Waddington, cofounder of Bistrotheque. – N.T.

OFFBEAT JEWELRY: The American jeweler and piercing specialist Maria Tash opened her first permanent residence in the U.K. at Liberty of London.

Tash is known for her offbeat aesthetic inspired by Indian and Pakistani design; her signature pieces including dainty diamond and 18-karat gold cartilage earrings, septum and navel rings. She also has a piercing spa in New York which counts Beyoncé and FKA Twigs as customers.

Tash said the mix of jewelry designers on offer at the historic department store, from established brands to small independent labels, resonated with her.

The 1,320-square-foot studio will be housed at the retailer’s jewelry room on the ground floor and will have a private entrance on Marlborough Street. Its design combines the classic British aesthetic of the department store with modern elements such as neon installations and concrete finishes.

“We wanted to blend modern design to showcase our jewelry with sleek, private beauty rooms, and have the aesthetic compatible with the rest of Liberty. The private piercing rooms are fitted with top-notch amenities. The walls of the space are symbolic of the jewelry: sporadically gilded concrete, symbolic of modern and strong construction with the history and beauty of gold,” said Tash.

The space will stock the pieces that sold best from the pop-up shops, as well as bestsellers from Tash’s New York store, reflective of the label’s international clientele in both cities.

“We have analyzed the data from our previous three pop-ups in London and have concentrated on those designs and the next iterations of those designs. We noticed yellow gold was particularly popular, more so than pink or white gold. We also noticed that small rings and studs with metal spikes or gemstone spikes sold well in the U.K. market,” said Tash. “But we have a very international clientele in New York and the designs that do well in New York will be available in London.”

EXPANSION MODE: Elie Saab is out to widen perceptions of his fashion house.

And his new London flagship at 24 Bruton Street gets right down to business the moment customers cross the threshold of the 18th-century town house and alight on a floor dedicated to accessories, leather goods and daywear. They must climb a grand stone staircase to reach cocktail and eveningwear, the mainstays of the Lebanese couturier, and his debut bridal collection.

“When customers come into the store, they feel there is a full universe of Elie Saab,” the designer said in an interview at his Paris atelier.

Except, perhaps, couture clients, who can reach the third-floor couture salons directly via a private entrance and make themselves at home across three sumptuous rooms, one with chandeliers worthy of Versailles. The London boutique, which opened quietly in August, won’t get its official inauguration until later this fall. But it reflects a faster pace to retail development, with flagships also under construction in New York, on Madison Avenue at 70th Street, and in Geneva on Rue Robert Ceard. Both are expected to open early next year. — Miles Socha

NEW BEGINNINGS: Axel Arigato, the Swedish footwear and accessories brand that specializes in sneakers, plans to launch its first flagship in London’s Soho in September.

Located at 19-23 Broadwick Street the store is newly built and was designed by the brand’s creative director Max Svardh and architect Christian Halleröd, who has created retail spaces for Acne Studios, Byredo and Frame Denim.

“Soho made sense for us,” chief executive officer Albin Johansson told WWD. “Some of London’s most interesting shops can be found here. It’s a great mix of people, brands, restaurants, combined with a rich heritage. There’s no doubting the drawing power of Soho. And what’s great about Broadwick Street is that it’s not fully established as a retail destination. It’s a bit like our brand — under construction.”

The 1,668-square-foot boutique, on one floor, was designed with a minimalist aesthetic. Svardh and Halleröd incorporated concrete, metal and mirrors. The palette is light gray and there are white tables made from terrazzo stone.

“I wanted to create a space that is inviting and open, the same feeling you get when you walk in to a gallery,” said Svardh. “I also wanted to allow flexibility for upcoming projects and collaborations. Axel Arigato is a young brand that is constantly evolving. For us, it only made sense to create a space that could evolve as well. “We needed a minimalist palette because the products we offer are so diverse and individualized. Instead, we started looking for different surfaces that could add depth to that tonality.”

The store will carry the full range of men’s and women’s shoes, accessories and clothing as well as a selection of magazines, books, posters and objects. The store will stock exclusives, tying in with the brand’s “drop of the week” concept. Axel Arigato plans to roll out new sneakers each week. Prices range from 45 pounds, or $59, for small leather goods to 275 pounds, or $361, for footwear.

This is the first global flagship. Johansson noted that the U.K., U.S., France, Germany, Sweden and Singapore are key markets for the company and bestsellers include sneakers models Clean 90, Clean 90 laceless, Platform and Cap-toe.

“We have sold to more than 100 countries in total, but we do sell to around 70 countries each month, and most of them have the same growth,” said Johansson. “The U.K. just makes sense for us. It’s the gateway to Europe, and suits very well with the brand and its aesthetic. Considering how well we perform online, we believe we have a really good audience [in the U.K.].”

IT TAKES TWO: Two of the most popular figurs in London’s restaurant scene are joining forces to open their own restaurant called Margot, in Covent Garden. Paulo De Tarso, one the maître d’ at the Mandarin Oriental hotel’s Bar Boulud is teaming with the general manager of Mayfair’s La Petite Maison, Nicolas Jaouën to create the new eatery that will pay homage to the simplicities of Italian cuisine. Maurizio Morelli will be head chef, composing a menu of dishes peppered with his childhood memories in Italy. Highlights include tagliolini with crab meat and purple aubergine, as well as risotto “alla Milanese” with saffron and roast bone marrow. Diners will be able to choose personal portion sizes to satisfy their needs, adding an informal dimension to the luxurious gastronomical experience. The same relaxed feel is echoed in the interiors of the restaurant, developed by Fabled Studio, with marble, navy blue and copper details. — Nicola Susskind

LATIN FLAVORS: MNKY HSE is the new, trendy late-night restaurant and club that is taking the place of the famous Dover Street Wine Bar. Its menu boasts fresh British produce, imbued with the intense flavors of Latin American cooking by head chef Pablo Peñalosa Nájera, previously at the Four Seasons in Bogotá, Colombia. The same fusion of flavors and cultures is reflected in the cocktails, international DJs and decor. The space spans 8,000 square feet split over two levels and offers an open-plan kitchen and dance floor. – N.S.

CRONUTS IN LONDON: Pâtissier Français Dominique Ansel, inventor of the cronut — the famous croissant and doughnut mélange — plans to bring his saccharine snacks across the pond from his bakery in New York. The bakery, which is located in Belgravia, will offer cronuts, as well as a selection of cookie shots and frozen s’mores. The London location is more expansive than its New York counterpart and features two floors, an open kitchen and a garden. Inspired by Britishness and London’s diverse scene, the store’s interiors reference the English countryside, creating a modern-yet-nostalgic atmosphere to feast on his experimental delicacies. – N.S.

OH SO QUIET: Björk’s vast collection of digital and video works is on display at Somerset House, all to be experienced with cutting-edge virtual reality technology. Björk herself said “as a musician, to be intimate is really important,” so it makes sense that the exhibition will be a private show with interactive performances and never-before-seen pieces embodying Björk’s transgression of artistic boundaries. A mix of music, film, design, technology, visual arts and an immersive and theatrical experience come together in the exhibit. “Black Lake,” a pioneering film commissioned by New York’s Museum of Modern Art will also be included, as well as the “Mouth Mantra,” an interactive video that documents the entirety of the inside of Björk’s mouth while she sings the title track from “Vulnicura,” her latest album. — N.S.

BOWIE UNSEEN: A collection of previously unseen photographs of David Bowie are now on display at the Snap Galleries. The photographer, Gerald Fearnley, knew Bowie personally through his brother Derek, who was bassist for the rock ‘n’ roll icon in 1966-67. During several visits to Bowie’s Bryanston Street studio, Fearnley captured this series of intimate black-and-white portraits of the artist. Now uncovered after 50 years, the unpublished photographs show Bowie between rehearsals laughing, donning face paint and practicing his yoga poses. Also included in the exhibit is Fearnley’s color cover photo for David Bowie’s self-titled first album in 1967. For die-hard Bowie fans, a selection of the photographs, signed by Fearnley himself, is available for purchase in several different sizes. Set against seamless studio background paper, they work well individually or combined. The exhibition runs through Sept. 24 at Snap Galleries. — Alice Bell