Things to see and places to go during a lull from the men’s shows. 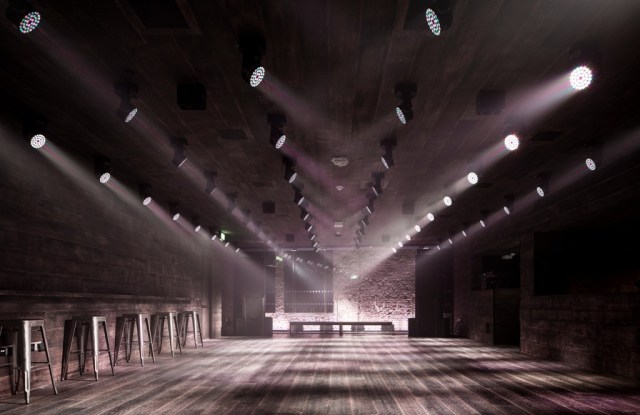 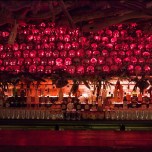 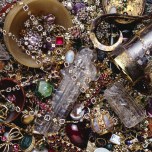 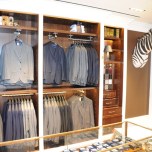 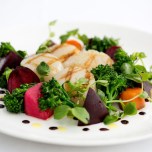 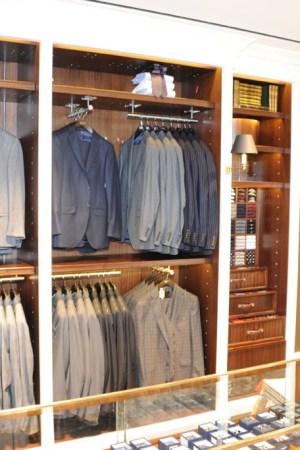 London’s Design Museum is offering the chance to spend time inside the kaleidoscopic mind of Sir Paul Smith — tailor, tinker, photographer and all-round creative. “We could have created about 10 exhibitions,” said Donna Loveday, who curated “Hello, My Name is Paul Smith,” a journey that begins with Smith’s early years as a humble shopkeeper in Nottingham — his tiny store was only open on weekends — and ends with super-HD Sony footage of the run-up to his latest Paris men’s wear show. In between, visitors get to see a replica of his Willy Wonka-like office, fabric workshop, hi-low art collection, favorite fashion designs and multitude of collaborations with brands such as Mini, John Lobb and Triumph. Smith’s inspirations also play a big role in the show. “It’s about looking and seeing, and the surprise of looking at nothing, that then turns into something,” said the high-energy Smith, who couldn’t help tidying the merchandise in the gift shop and chatting with museumgoers before the show opened. “It’s the shopkeeper in me,” he said.

Hackett London has a new outpost on Regent Street that boasts a Harry Potter-grade decor and a Beefeater Gin bar upstairs. It is the brand’s largest store yet, offering a personalization service, dedicated space for leather accessories — a new, expanded category for the brand — and for merchandise related to the brand’s sundry collaborations, with such names such as Aston Martin and the London Rowing Club.
Downstairs, a giant, gnarled tree created by the same company that worked on the Harry Potter films dominates the boys’ clothing area. Elsewhere in the 8,934-square-foot space, there are “living walls” covered in ivy and moss, while a grand staircase with bronze and nickel hardware joins the three floors. On the second floor, next to the vast bespoke room, there is a corner where customers can have leather goods hot-pressed with monograms or personal messages, or have their initials stitched onto shirts. Nearby is a long, glossy wooden bar, a collaboration with Beefeater Gin’s 24 label that serves hot and cold drinks and cocktails to customers. It offers free Wi-Fi, and customers will also be able to recharge their phones and various devices there while they shop. — S.C.

A trove of jewels of mysterious origin has gone on display at the Museum of London in a show that serves as a window into the tastes, aesthetics and international trading patterns of the Elizabethan and Early Stuart period. “The Cheapside Hoard: London’s Lost Jewels” showcases some 500 pieces of mostly precious gems from the late 16th and early 17th centuries that were discovered by accident in 1912 when workmen renovating the crumbling buildings of Cheapside, in the City of London, began digging in the cellars.

Mixed in with the dirt, mud, rubble and tiny dried fish bones were gems including a salamander brooch set with Colombian emeralds and table-cut Indian diamonds; a rare agate cameo of Elizabeth I, and a one-of-a-kind watch set in a hexagonal emerald crystal.

Curator Hazel Forsyth is still trying to track down the identity of the jeweler who hid the hoard — and the reason why he did so. “It’s entirely possible that other bits of the hoard are still out there — the Victorian workmen likely hung on to some of it. And we don’t know how much jewelry there was to start with,” said Forsyth. “There are still so many unanswered questions.” — S.C.

NEXT: The Salad Kitchen >>

Harrods is on a health kick with its latest restaurant, The Salad Kitchen. Located in the new Fashion Lab department on the fourth floor, The Salad Kitchen has a delicatessen–style menu for lunch and a cocktail offering in the evening. Dishes include chorizo-stuffed baby squid, sea scallops and grilled courgette salad. — L.M.

J. Crew roared into London this past autumn, opening three stand-alone stores, one of which is dedicated solely to men’s wear. The 1,300-square-foot store, at 38 Lamb’s Conduit Street, stocks mostly shirts but also an assortment of the brand’s Ludlow suits, accessories and exclusive products from Thomas Mason, London Undercover, Han Kjobenhavn, M&P Timepieces, Corgi and Begg & Co. The shop is housed in an early-19th-century townhouse and also offers services such as shoe shining, monogramming, customized stitching and buttons and a complimentary delivery service. The brand’s Regent Street flagship has a whole area dedicated to men’s wear, which has its own separate entrance on the street. — S.C.

By invitation only, Basement is the brainchild of Ian Schrager and is located in the underbelly of The London Edition, part of a hotel collaboration between Schrager and Marriott. There is a wooden panel design that extends from floor to ceiling, while lighting was created by Patrick Woodroffe, the celebrated designer who lit the opening and closing ceremonies of the London 2012 Olympics. Members and guests with smiley key chains can access the venue and order up slushies or cocktails and take part in club nights with Seb Chew and music from the London record label Young Turks. Last month, Lily Allen and Mark Ronson were spinning tunes in the new space. — L.M.

Richard James has a hot property at 29 Savile Row that will be a template for his future stores. Although James’ ready-to-wear shop at number 29 is not a new one — it’s been around for the past 13 years — it has recently been refurbished by the architect Andy Martin, and has a clean and modern feel. “We really wanted a space where the clothes would do the talking, and for there to be a sense of discovery,” said Sean Dixon, James’ business partner.

Key features include a cement floor with a semimatte finish, and a ceiling covered with stretched canvas, behind which are thousands of tiny LED lights. The effect is that of a light box — with brightness that can be adjusted to a variety of levels. The new ceiling makes the store, which generates about 70 percent of the Richard James business, look bigger. Furniture and rails are made from a light, unvarnished oak, while the classic and seasonal collections are separated by special screens covered in a film that changes color depending on the ambient light. The classic area boasts stainless steel parquet flooring.

Dixon said the newly refurbished store, which spans 2,500 square feet, sets the brand’s retail template for the next 10 years. The next Richard James shop to open with similar interiors will be in the City of London, near Liverpool Street. That unit will be unveiled next spring and span 900 square feet, and there are more units in the pipeline. — S.C.