London Fashion Week 2015: All Around Town 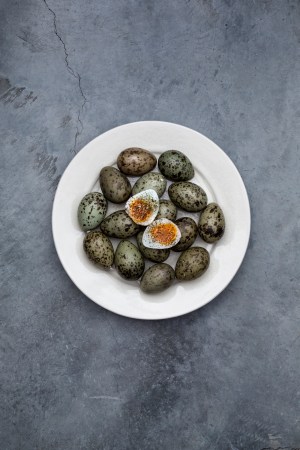 Fashion week is always packed with shows, presentations and other industry-related events. But here are a few new spots to check out during fleeting free time.

Africa Meets London: South Africa-based designer Hanneli Rupert is giving Londoners a glimpse of her accessories line Okapi, with a new store on London’s Eaton Terrace. The designer has something of a pedigree in the luxury goods game, given that her father is Johann Rupert, chairman of Compagnie Financière Richemont.

The 398-square-foot space, which opened this summer, is outfitted with wooden floors and palm tree-print wallpaper, with the label’s Cape Town-made handbags displayed on the walls. The seasonless collections are all crafted with materials sourced from Africa; current designs include the structured Aziri bag in crocodile or blesbok antelope leather and the Ayesha crossbody bag in blesbok or ostrich. Rupert, who trained as a painter before launching the line in 2011, described her collection as “inspired by the organic, primordial beauty of Africa.”

“The ethos behind Okapi is to source the best natural materials that will age organically over time, growing in character and interest,” said Rupert. Prices run from 95 pounds, or $147, for a blesbok card holder to 8,000 pounds, or $12,386, for a crocodile Aziri bag. Besides the London store, the collection is sold on Net-a-porter.com and at retailers in South Africa, including Merchants on Long, the Cape Town concept store that Rupert opened in 2010.
Okapi
40 Eaton Terrace, SW1 8TS
Tel.: +44-7429-044-861
Web: okapi.com

New York Minute: Already established in New York, restaurant and bar Hotel Chantelle has opened an outpost in London. Set on Orchard Street in the British capital, near Selfridges, the restaurant takes its cues from its home city. The space — which offers indoor and outdoor dining — is decked out with murals by New York street artist Bradley Theodore. The kitchen is run by executive chef Seth Levine, and the menu works in American and French influences — among the dishes are chicken and waffles and a tuna tartare “cigar” served in a vintage glass ashtray. And as in New York, brunch will also be served, with dishes including lobster benedict; steak and eggs and truffle grilled cheese. To add to the New York vibe, there will be jazz performances on the weekends, with a lineup curated by New York jazz musician Dandy Wellington.
Hotel Chantelle
23 Orchard Street, W1H 6HL
Tel.: +44-207-299-2522
Web: hotelchantelle.com

Shore to City: Kurt Zdesar, who founded London restaurants Chotto Matte and Ping Pong and launched Nobu’s first London location, has turned to seafood for his latest project, Bouillabaisse, which has opened in London’s Mayfair. The concept centers on sustainable fish, with the menu inspired by Zdesar and his team’s meetings with fishing communities around the world. Dishes include the Athenian-inspired black cuttlefish with oregano and orange; Scottish lobster ravioli with snow crab and Morecambe Bay prawns, and Hebridean langoustines. The restaurant’s decor also takes a nautical turn, with whitewashed wood floors and panelled walls, shiny steel tables and leather banquettes, while lobster tanks line the walls of the restaurant’s private dining room.
Bouillabaisse
4 Mill Street, W1S 2AX
Tel.: +44-203-794-8448
Web: bouillabaisse.co.uk

Drawing Fashion: The work of Irwin Crosthwait, the late Canadian war artist and fashion illustrator, is set to go on display during London Fashion Week at the city’s Gallery 8. The exhibition, presented by dealers Gray Modern & Contemporary Art, will showcase some 60 pieces of Crosthwait’s fashion illustrations, from sketches for designer Mark Vaughn to illustrations for Christian Dior. While Crosthwait studied at New York’s Pratt Institute in the late Thirties, and went on to work as an advertising artist for Montreal department store Morgan & Co., he enlisted in the Royal Canadian Navy in 1944. He served as a naval war artist until 1947, after which he set up in Paris as a fashion illustrator. There, he contributed to titles including Harper’s Bazaar, Elle, Femina, Vogue, L’Art et la Mode, The New York Times and The International Herald Tribune, while also sketching for designers including Yves Saint Laurent, Christian Dior and Hubert de Givenchy. The exhibition, called “Drawing on Style,” will run at the gallery from Sept. 17 to 22. Connie Gray, curator at Gray MCA, noted that fashion illustration “is becoming increasingly collectable, as so few original examples of the work remain,” adding that the selling exhibition of Crosthwait’s work spans “preparatory sketches to stunning fashion illustrations from the Fifties, Sixties and Seventies.”
Gallery 8
8 Duke Street, St James’s, SW1Y 6BN
Web site: graymca.co.uk

Get Him to the Greek: Greek restaurateur Costas Spiliadis has turned to London for his latest venture, Estiatorio Milos, on Regent Street. The venue — which adds to Spiliadis’ restaurants in Athens, Las Vegas, Miami and New York — specializes in fish that’s sourced daily from the British Isles and the Mediterranean, and a resident fisherman will advise diners about the daily catch. Among the dishes are the Milos Special — lightly fried courgette and aubergine with tzatziki and kefalograviera cheese; Mediterranean octopus, and the Lavraki, a sea bass from Greece that’s oven-baked in a salt crust. There’s also a raw seafood bar, and wines are all exclusive to the restaurant and sourced from Greek vineyards.
Estiatorio Milos
1 Regent Street, St. James, SW1Y 4NR
Tel.: +44-207-839-2080
Web: milos.ca