Some of the latest entries in the city’s arts and culinary offerings. 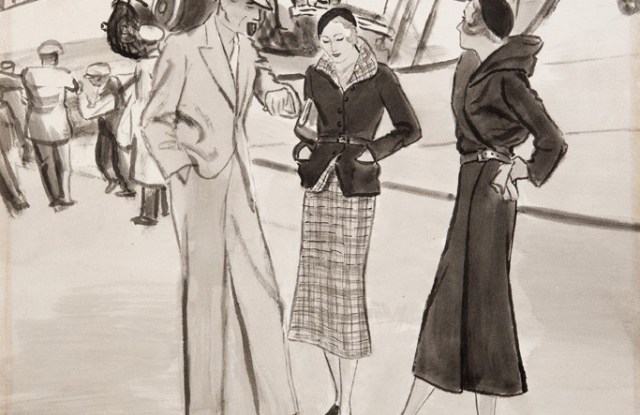 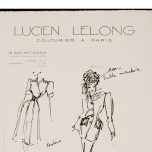 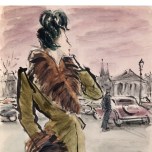 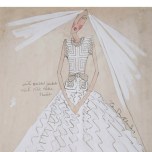 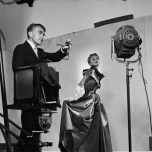 Nicole Farhi is making her sculpting debut during London Fashion Week at Bowman Sculpture in Mayfair.

“From the Neck Up” will feature busts from the art, fashion and entertainment worlds, including Judi Dench, Helena Bonham Carter, Lucian Freud and Anna Wintour, in addition to abstract pieces.

Farhi, who was tutored and mentored by the British sculptor Sir Eduardo Paolozzi, has been sculpting for nearly three decades and began doing it full-time three years ago. This exhibition, which runs from Sept. 16 to Oct. 3, will be the first public showcase of her work.

“The human face has always greatly interested me,” said Farhi. “I have a rather good memory for faces, even if in life I have seen them only once or twice, as in the case of Freud and Bacon.

“Most of the time, producing a portrait requires a rapport between artist and sitter. The true character of the person will come through these repeated sessions. Usually, my sitters will come to the studio to be photographed, or I will go to them. I will then start building an armature and, after a few hours, sculpting in clay the structure of the face will appear or not. Once I have the structure, the true character will follow — sometimes days later, weeks, sometimes months,” she said.

Serial London restaurateurs Chris Corbin and Jeremy King are hopelessly in love with the smells and flavors of Mitteleuropa. Their restaurant, the Wolseley, on Piccadilly, is essentially an elegant beer hall with food while the Delaunay, not far from Covent Garden, is a gastronomic ode to old Vienna, offering a variety of sausages, borscht, chopped liver, schnitzel dishes and possibly the most delectable banana splits in town.

They’ve now one-upped themselves with Fischer’s, a smaller and lower-key take on their earlier efforts, a neighborhood restaurant and café that recalls the days of the Kaiser.

Open all day, seven days a week, the restaurant in Marylebone village — not far from Selfridges — serves up dishes like pickled or smoked herring; beetroot and goat’s curd salad; lamb goulash, and ice cream medleys with names like Berggasse — a mix of hazelnut, almond and pistachio, whipped cream and butterscotch sauce.

There are, of course, schnitzels galore as well as six different types of sausage.

Cozy and clubby, guests can also duck inside for a bit of gingerbread or sachertorte and coffee while they relax and read the paper — no easy task in London.

NEXT: Drawings on Style >>

Gray MCA, London-based specialists in fashion illustration, is mounting a selling exhibition called “Drawings on Style: Four Decades of Elegance,” a lineup of original works from the Forties to the Seventies, in time for London Fashion Week. The showcase will include more than 40 sketches by artists and designers including Carl “Eric”  Erickson, Christian Dior, René Bouché, René Gruau, Tod Draz, Barbara Hulanicki and Zandra Rhodes.

“Over the years, these illustrators developed their own personnel style, often using wit and charm to distinguish themselves from their competitors. Tragically, few original fashion illustrations survive today. Those that have survived have become internationally collectable as original and historical art works that truly caught the elegance, attitude and style of the time.”

NEXT: Chucs Bar and Grill >>

Charles Finch, brand consultant, film producer, publicist, p.r. and clothing entrepreneur, is spinning another plate — that of restaurateur- — with Chucs Bar and Grill.

Located at 31 Dover Street in Mayfair alongside his Chucs Dive & Mountain Shop, the tiny bar and eatery has a menu packed with food fit for a holiday on the Med, such as pizza margherita, pizza bianca with truffles, veal Milanese and a burger embellished with Italian Lardo di Colonnata.

The interiors are inspired by those of a luxury yacht, with wood paneling and navy leather banquettes, while a grotto-blue awning keeps the sun off street-side tables. Alessandro Verdenelli, formerly the chef at KX, the private club in Chelsea, has taken the culinary reins at this Mayfair establishment.

NEXT: Horst: Photographer of Style >>

The Victoria & Albert Museum is mounting a retrospective of works by the late fashion photographer Horst P. Horst, spanning more than 60 years. The German snapper, known simply as Horst, worked with Salvador Dalí and designers Elsa Schiaparelli, Chanel and Vionnet, in addition to kicking off the modeling careers of fashion faces including Helen Bennett, Suzy Parker and Lyla Zelensky.

The show will include a re-creation of the photographer’s Forties studio, archive film footage, contact sheets, sketchbooks, letters and the more than 90 covers Horst shot for Vogue.

NEXT: The Garden Café >>

Hidden in Brown Hart Gardens in Mayfair, not far from Selfridges, the Garden Café sits on the former grounds of an electricity substation built in 1905 by Sir Stanley Peach.

NEXT: The New Craftsman >>

Tucked away on a Mayfair backstreet, The New Craftsmen specializes in handmade British products ranging from furniture and home accessories to textiles and jewelry.

The 2,000-square-foot shop is spread across the ground floor of a 19th-century building, and among the more noteworthy pieces is a set of Britannia tableware featuring Laura Carlin’s playful illustrations and Michael Ruh’s hand-blown lamps.

The store also offers bespoke services and organizes workshops where clients can meet the designers. Carlin can create customized tableware illustrations, while Aimee Betts is slated to hold a braiding workshop on Sept. 6. Also this month, she plans to launch a jewelry collection in store and online.

The shop was set up by Mark Henderson, chairman of Gieves & Hawkes; Natalie Melton, former commercial director of Arts & Business, which develops private and public sector partnerships with the arts, and Catherine Lock, a former product developer for Habitat.

NEXT: The Keeper’s House >>

The Keeper’s House restaurant and bar, in the east wing of the Royal Academy of Arts, sits in a site originally built in the 1870s to house the Academy’s keeper, or caretaker.

A multimillion-pound renovation project saw architects Long & Kentish peel back a number of the building’s layers and restore the original floors and old ceiling beams, and David Chipperfield designed the interiors, which are dotted with art from Royal Academicians, including Tracey Emin and Grayson Perry.

The Keeper’s House offers cocktails in a garden designed by landscape expert Tom-Stuart Smith or a meal inside the restaurant, which is run by Irish restaurateur Oliver Peyton. The menu includes roast saddle of lamb, glazed pumpkins, and purple broccoli with rosemary jus; lemon and potato gnocchi, and rhubarb and pistachio crumble.

Laura Apsit Livens, a London College of Fashion graduate who has collaborated with Louis Vuitton and Boodles and who counts Paloma Faith and the Duchess of Westminster among her clients, has set up shop near Selfridges.

Her intimate, 170-square-foot space is packed with fun: The floor is lined with copper coins, there are neon lights at the entrance, and her hats are displayed on a wooden staircase that leads to nowhere in particular.

The designer offers a wide range of styles from eccentric, heavily adorned pieces to simpler wide-brimmed hats. Bespoke services are also available. Everything is hand-blocked and hand-stitched.

During London Fashion Week, the designer plans to show off her spring collection — a play on prints and pleats — during a meet-and-greet.