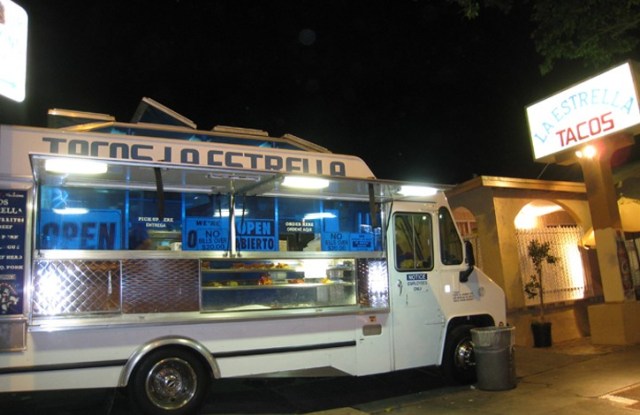 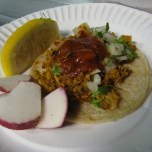 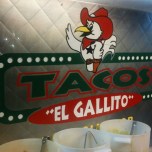 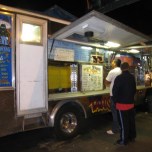 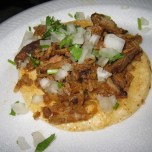 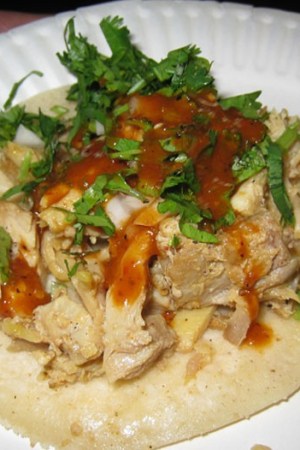 A taco from El Taquito. 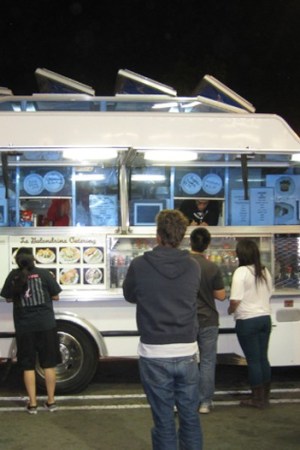 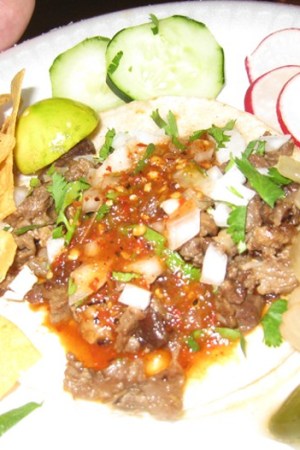 Food trucks are now serving everything from barbecue ribs to gourmet ice cream sandwiches to grilled cheese, but nothing says Los Angeles like a classic taco truck. Most of the authentic ones operate miles from the beaches, Beverly Hills and the so-called Westside, so think of it as a culinary adventure and a cultural lesson to venture east of Fairfax for once. Most trucks fire up after 8 p.m. and stay open until after last call. It would be difficult to find tastier eats for just $1.

El Chato
1013 South La Brea Avenue, Los Angeles (at Olympic Boulevard). Tacos $1.
This is one of the few centrally located trucks (it’s practically on the Westside), so there are usually lines starting at about 9:30, but they move fast.

El Matador
1174 North Western Avenue, Los Angeles (at Lexington Avenue). Tacos $1.25.
There are two trucks that park on this East Hollywood lot, Mi Teresita and El Matador, which is on the north side. The tortillas here are superfresh and soft.

Tacos El Gallito
400 South Fair Oaks Avenue, Pasadena. Tacos $1.25.
This truck with the bright purple awning is about half a block away from El Taquito Mexicano, but seems to cater more to the post-bar party crowd.

El Pique
At the corner of York Boulevard and Avenue 53, Highland Park. Tacos $1.25.
Just south of Pasadena, off the 2 or the 110 freeways. It features some of the best authentic Mexican food in Highland Park. The carne asada taco is the perfect combination of juicy, salty and spicy.

El TakiTaco
At the corner of Figueroa Street and Avenue 51, Highland Park. Located in front of Food 4 Less. Tacos 75 cents.
Simple, juicy little tacos that can be devoured in two bites while standing in front of the truck.

La Estrella
At the corner of Highland View Avenue and Colorado Boulevard, Los Angeles. Located in the Valero gas station parking lot. Tacos $1.25.
This mini chain has several blue-and-white trucks throughout Highland Park, Pasadena and Eagle Rock, but this is the rare truck that’s open during the day, making it a popular stop for students at President Obama’s alma mater, Occidental College.

La Golondrina
4910 Huntington Drive South, Los Angeles. Located in front of Food 4 Less. Tacos $1.
The El Sereno neighborhood, just west of Alhambra, is serious taco country. And this is a serious taco truck, marked by the fact that it also serves enchiladas horchatas.

Tacos Jeesy’s
At the corner of Cesar E Chavez Boulevard and South Carmelita Avenue, East Los Angeles. Tacos $1.
East Los Angeles’ Boyle Heights is home to some of the best Mexican restaurants, including La Parilla and Manuel’s El Tepeyac Café, so it’s no surprise one of the best taco trucks also resides here. Look for the truck bearing the colorful Legend of the Volcanoes mural.

Border Grill
No permanent location, but visit bordergrill.com.
A decidedly more upscale truck (and trendy in that its location needs to be tracked on Twitter), Mary Sue Milliken and Susan Feniger deserve props for their take on modern Mexican cuisine. Taco fillings include Yucatan pork, cilantro chicken and potato rajas. Pricier at $3 each, but that’s the price for a “Top Chef Masters” celeb restaurateur.

La Oaxaqueña
Lincoln Boulevard between Rose Street and Flower Street, Venice. Located in front of Whole Foods. Tacos $1.50.
Eight blocks from the Venice boardwalk, this truck serves tacos topped with guacamole along with specialties of Mexico’s Oaxaca region, such as memelas, mulitas and clayudas.