Louis Vuitton Is Opening a Restaurant

The luxury brand's first eatery will be in a new Osaka maison as parent LVMH thrusts further into hospitality.

A rendering of Sugalabo V restaurant in the soon-to-open Louis Vuitton Maison Osaka Midosuji in Japan.

Breakfast at Tiffany’s — and dinner at Louis Vuitton?

LVMH Moët Hennessy Louis Vuitton keeps diving deeper into the hospitality business and will open its first Vuitton café and restaurant next month at its new flagship boutique in Osaka, Japan, WWD has learned.

Michael Burke, chairman and chief executive officer of Vuitton, confirmed the development, and hinted that eateries and even hotels could be a future expansion avenue for the mega brand, which on Tuesday night unveiled the Sewelô, a 1,748-carat stone billed as the second-largest rough diamond ever discovered.

Separately, architect Peter Marino, who designs stores for Vuitton, Dior and other luxury brands, told WWD he would design the first Paris branch of Langosteria, a high-end seafood restaurant in Milan popular with the fashion crowd. It will be located on the seventh floor of La Samaritaine, the landmark department store slated to reopen in April as a showcase for LVMH businesses, including the group’s Cheval Blanc hotel, also designed by Marino. 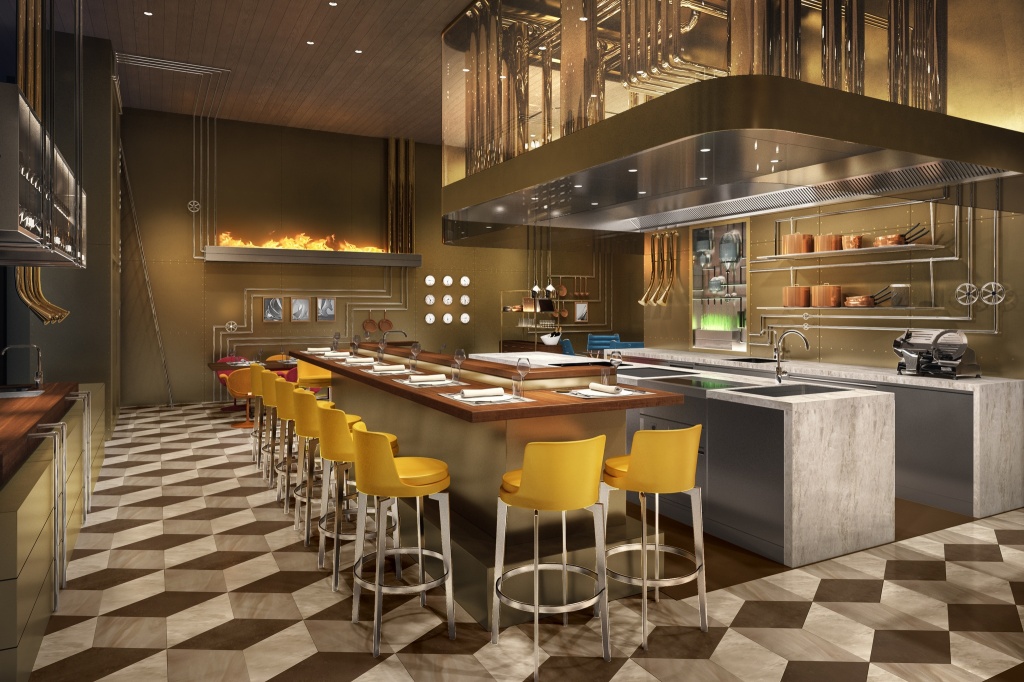 The twin developments come as consumers continue to splash out on fine dining, holidays and other luxury experiences — and LVMH is making sure it carves itself a healthy slice.

Its historic Dior flagship boutique on Avenue Montaigne is currently undergoing a major renovation and will reopen with a restaurant among its new features.

And headlining LVMH’s acquisitions in the last 18 months were Tiffany, which opened the Blue Box Cafe at its Fifth Avenue flagship in 2018, and Belmond Ltd., which operates a portfolio of 46 luxury hotel, restaurant, train and river cruise properties in 24 countries.

““We think the so-called experiential luxury is something that will be important in the future,” Jean-Jacques Guiony, chief financial officer of LVMH, said at the time of the Belmond acquisition.

Le Café V will be located on the top floor of Vuitton’s new four-level Osaka maison, with a menu by celebrated Japanese chef Yosuke Suga, an adjoining bar and a generously sized terrace. Next to the bar will be Sugalabo V, serving only dinner to a lucky few via an open kitchen mirroring the Tokyo branch of Sugalabo.

The boutique, in a new building by architect Jun Aoki, is to open on Feb. 1, while the restaurants are to start serving on Feb. 15. 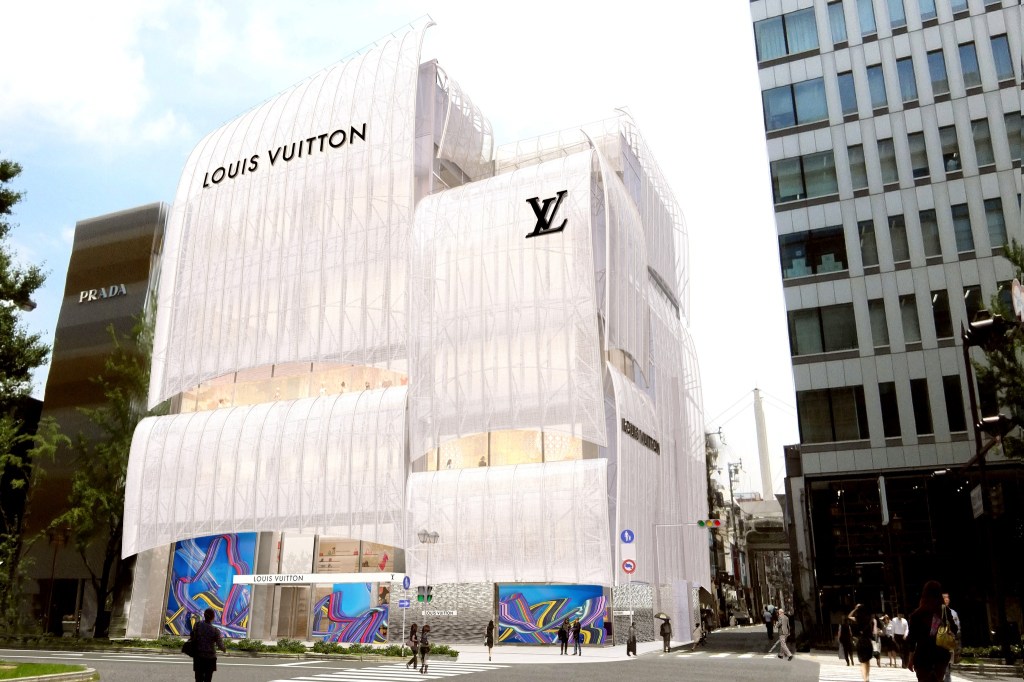 A rendering of the exterior of the soon-to-open Louis Vuitton Maison Osaka Midosuji in Japan.  Courtesy Photo

Vuitton conscripted Tokujin Yoshioka, who designs for its Objets Nomades of home and travel objects, to create a charger plate inspired by its famous monogram, which inspired the restaurant’s tableware, according to Vuitton.

While food and beverage has become an important traffic driver and revenue stream for shopping malls and department stores in particular, it’s still relatively new and untapped territory for top-tier luxury brands.

Marino, whose firm designed his first restaurant, The Lobster Club, located in the Seagram Building in New York City, hadn’t realized that his second eatery is also based on shellfish until a reporter told him so.

“Perhaps I just like claws,” he said, extending a hand covered in lethal-looking silver rings that run the length of his fingers.

The architect is partial to full Tom of Finland-worthy leather regalia and punned: “The next one is going to be the Mussel Bar.”

Marino is deeply involved in the design of the Cheval Blanc hotel opening in La Samaritaine, and another in development on and around Rodeo Drive in Beverly Hills, Calif.

Ernesto’s Is Bringing Basque Cuisine to the Lower East Side

The 3 Men Behind 3 Trending Food Destinations in Milan