To celebrate, the athleticwear brand put on a new San Francisco activation that's all about experience, not sales.

To celebrate International Women’s Day on Sunday, athleticwear company Lululemon is taking over The San Francisco Mint for a limited-run event featuring the voices of inspirational Bay Area women.

The first of its kind in the region, the brand’s performative and interactive exhibit — which opens Friday and runs through Sunday — centers on the experiences and insights of five local personalities: community organizer Adejire Bademosi, yogi and entrepreneur Britteny Floyd-Mayo, artist Katie Gong, fitness expert and yoga instructor Dani Parker and Nkechi Deanna Njaka, a neuroscientist and multidisciplinary artist.

“The exhibit is a physical manifestation of our celebration of women, International Women’s Day and the ‘extra sweat’ that women put in to reach the same milestones as men,” Susan Gelinas, Lululemon’s senior vice president of people and culture, explained to WWD. 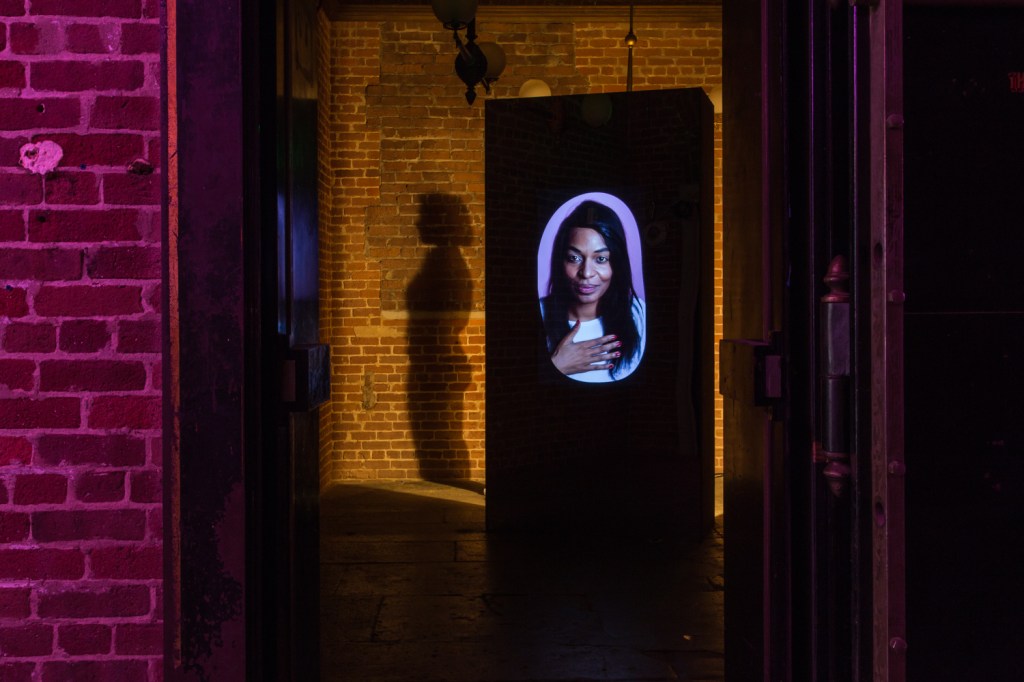 Nkechi Deanna Njaka, neuroscientist and multidisciplinary artist, speaking via video during one part of the exhibit.  Courtesy of Lululemon

The event is guided, which means that the brand’s “docents” bring groups into the Mint’s various vault rooms, each decked out for different purposes. Some play videos of the speakers telling their stories, others are designed in different colors and settings to evoke different moods or emotions, culminating in a live setting with guest participation.

The company bills the exhibit as an interactive, sensory experience, complete with various scents, music and drinks adding to the ambiance. A tactile element was planned as well, but was scrapped in light of concerns over the coronavirus.

Whether intended or not, the venue itself plays a role in the experience. The Mint once served as part of the United States Mint during the California Gold Rush era. Watching the women talk about their experiences and hopes inside the vaults, which are guarded by massive steel and iron doors, is either fitting or ironic, or both.

While Lululemon regularly holds various experiences and activations in places like New York and Los Angeles, its special events in San Francisco are typically retail-oriented. This time, the company had a different focus.

“As an experiential brand, we want to create unique in-real-life holistic experiences in our stores and communities that ultimately empower and inspire people,” Gelinas added. “In a world of commoditized guest transactions, our focus is to remain innovative and focus on human connection.” 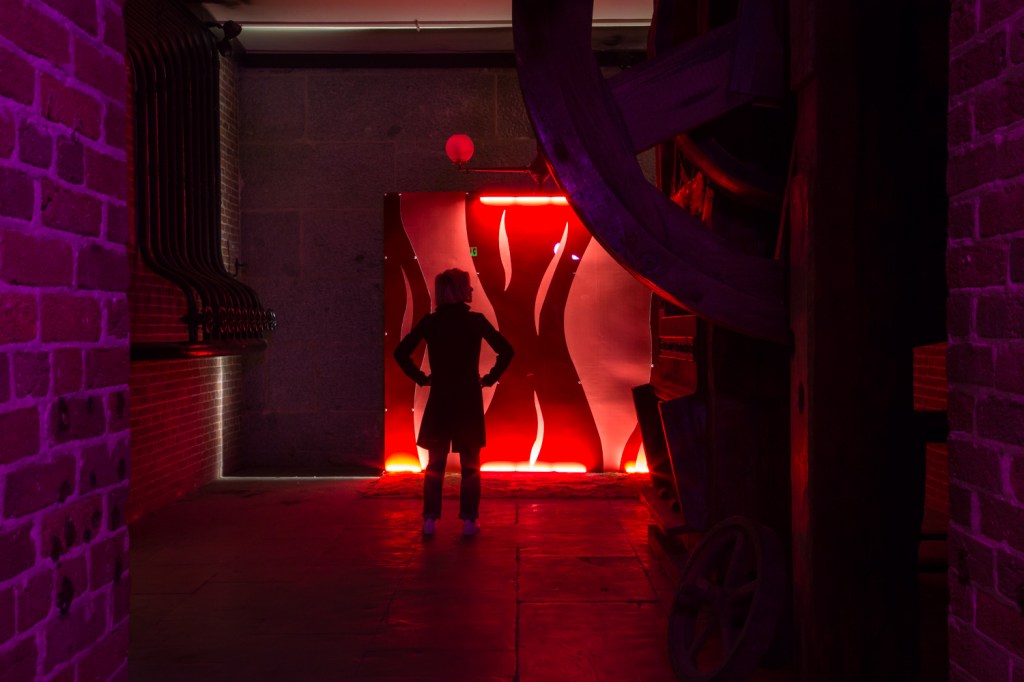 Red and blue rooms were designed to evoke emotions.  Courtesy of Lululemon 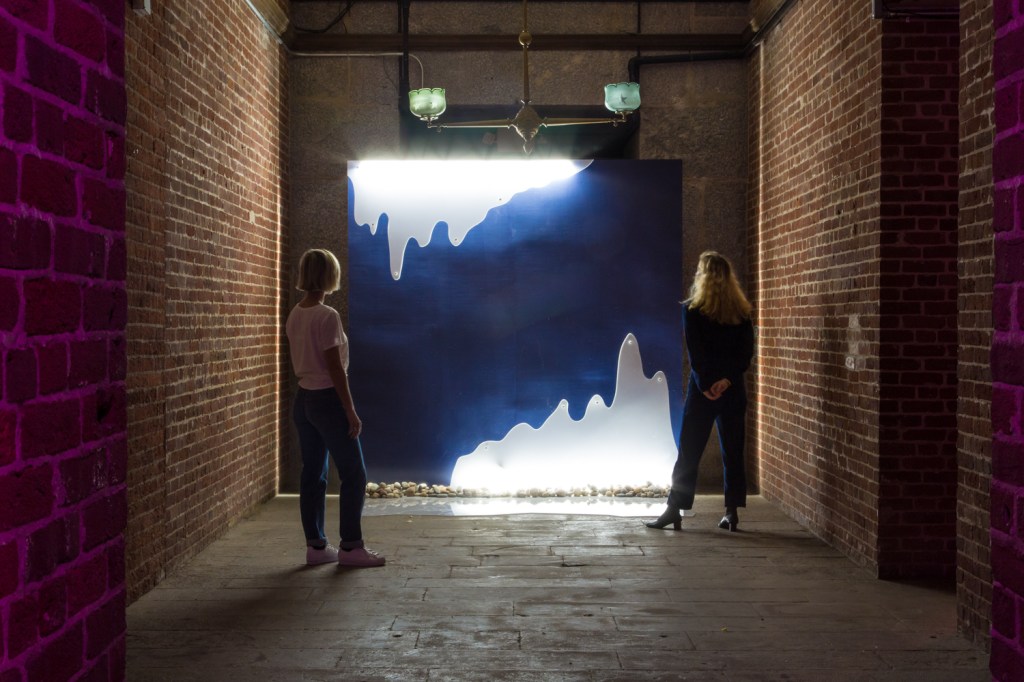 The blue room.  Courtesy of Lululemon

Lululemon is also taking this time to offer more detail on its efforts to support issues — such as pay equity, parenthood programs and recognizing women/xn in leadership — and it plans to update its gender pay equity numbers every year. That’s no small feat for an operation that employs more than 20,000 people.

Where things stand today: According to the company, it has reached 100 percent gender pay equity, and female employee representation breaks down as follows: Women represent 78 percent of its employees, 60 percent of its senior leadership, 57 percent of vice presidents and higher-tier executive leadership and 50 percent of the board of directors.

Brands of all stripes are celebrating International Women’s Day and Women’s History Month in their own ways. Amazon partnered with Diane von Furstenberg on the Amazon x #InCharge campaign to promote women-owned businesses and products.

The initiative extends to Amazon’s Alexa platform as well. Every day in March, the tech giant’s voice assistant will feature inspirational woman whenever users ask, “Alexa, who inspires you?” All month long, customers can also say, “Alexa, talk to Diane von Furstenberg,” to hear from the designer.

This Sunday, the system will offer a special message from von Furstenberg about how she empowers other women, whenever anyone utters the voice prompt, “Alexa, good morning.”