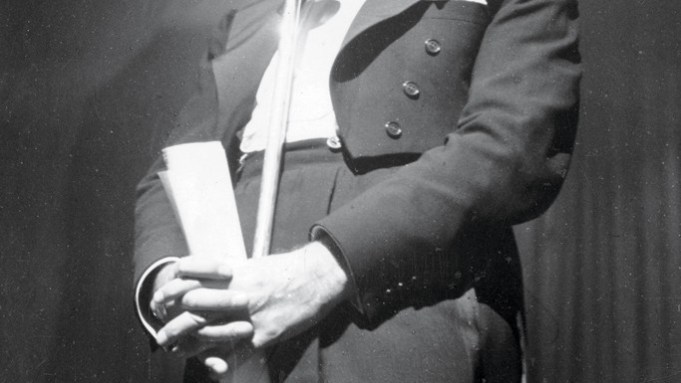 In his 100 years on earth, Bob Hope did it all: vaudeville, Broadway, radio, movies, TV, stand-up. “He was the most successful entertainer of the twentieth century,” says Richard Zoglin, a theater critic for Time magazine and the author of the definitive Hope (Simon & Schuster, $30; out November 4).

Born Leslie Townes Hope to a poor family in England, the comedian and actor unwittingly built the framework of modern Hollywood show business. “He set up his own company, owned his own material,” Zoglin says. “Now, every big star has his own production company.”

A protostar-as-public-servant, Hope entertained the troops during World War Two, the Korean War, Vietnam, and the Persian Gulf War. The 1940s were probably his comedic peak, Zoglin says. That’s when Hope made movies such as My Favorite Brunette and Variety Girl. His last television special aired in 1996, when he was 93; he nearly had to be pried off the stage with a crowbar at the end of his career. “I just think he couldn’t imagine life without performing,” Zoglin says. “He was addicted to it, and he couldn’t give it up.”