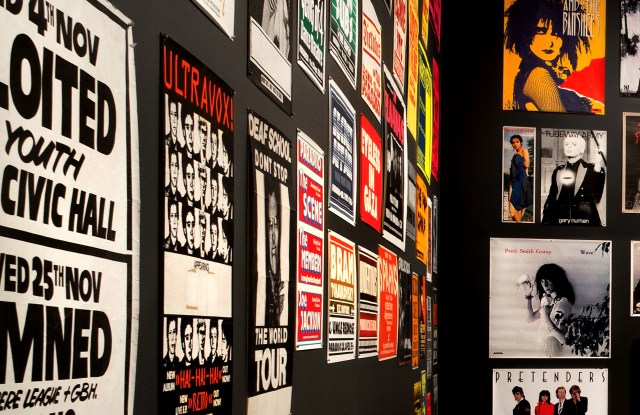 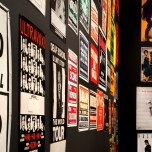 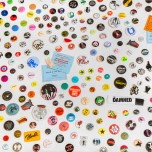 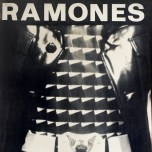 Before the Sex Pistols and Vivienne Westwood popularized eardrum-shattering guitar riffs and safety pin-laden garb, a new cultural movement was born across the pond.

“New York is really the roots of punk music and clothing and style,” says the exhibit’s curator Andrew Blauvelt. It was this realization that led Blauvelt to bring “Too Fast to Live, Too Young to Die: Punk Graphics, 1976-1986” to the genre’s American motherland: New York.

The exhibit, which is on view at the Museum of Arts and Design from April 9 to Aug. 18, originated at the Cranbrook Art Museum in Bloomfield Hills, Mich., where Blauvelt is also the museum’s director.

Featuring more than 400 works including flyers, posters, zines and album covers spanning an entire decade, the exhibit explores how the punk movement shaped design and popular culture. Updated to reflect punk’s American birthplace, the MAD exhibit features additions such as Blondie and the Ramones memorabilia, flyers from renowned punk haunt CBGB and original issues of the short-lived fanzine “Punk.”

The majority of the objects featured in the exhibit are courtesy of New York collector Andrew Krivine. One of the gems plucked from Krivine’s extensive archive is an album cover for the Patti Smith Group’s “Radio Ethiopia,” which features a photo of Smith taken by Robert Mapplethorpe.

Much like how punk music deconstructed the pop rock sound of the decade, underground designs of the late Seventies and early Eighties informed a new informal, crude and de-skilled approach to design. “The whole DIY nature of punk kind of spurred the maker culture we have today,” Blauvelt says. “No one was going to do this for you, so you had to do it yourself.”

The exhibit, arranged by motif rather than chronology, focuses on key design aspects of the punk movement including collage and pastiche, but also highlights the era’s diversity. Venturing beyond the stereotypical “ransom note style” aesthetics of the decade, the works on view depict the minimalist origins of punk design in addition to New Wave graphics.

In recent years, punk has become a popular topic at other New York City museums, including The Met, which exhibited “Punk: Chaos to Couture” in its Costume Institute in 2013. MAD director Chris Scoates notes that the current exhibit adds to the conversation by looking at punk through the lens of art and cultural history.

“It starts looking at ideas of appropriation and pastiche, and it looks at the way that punk was influenced by science fiction and horror films,” Scoates says.

For Blauvelt, the exhibit emphasizes scholarship of punk-age design, a period that’s often overlooked in the field. “As a historian of graphic design,” Blauvelt says. “I just wanted to put this front and center and say, ‘We need to look at this stuff like we do other forms of graphic design, and look at it more seriously.’”

In addition to the hundreds of works exhibited in the gallery, the documentary “Please Kill Me: Voices from the Archive,” will play in the museum’s theater. Based on a book by Legs McNeil and Gillian McCain, the film includes interviews with punk legends such as Debbie Harry, Iggy Pop and Joey and Dee Dee Ramone. From April 25 to July 11, the museum will present a series of international punk films from countries including Mexico, Japan and Cameroon. The series is testimony to punk’s lasting influence as not only a genre, but a movement.

“I think it’s important not just to focus on a very narrow view of what happened in London and New York,” Scoates says. “If you pull the lens back a little bit, there’s all these other kinds of wonderful moments when punk had a different kind of political, economic and social influence on youth.” 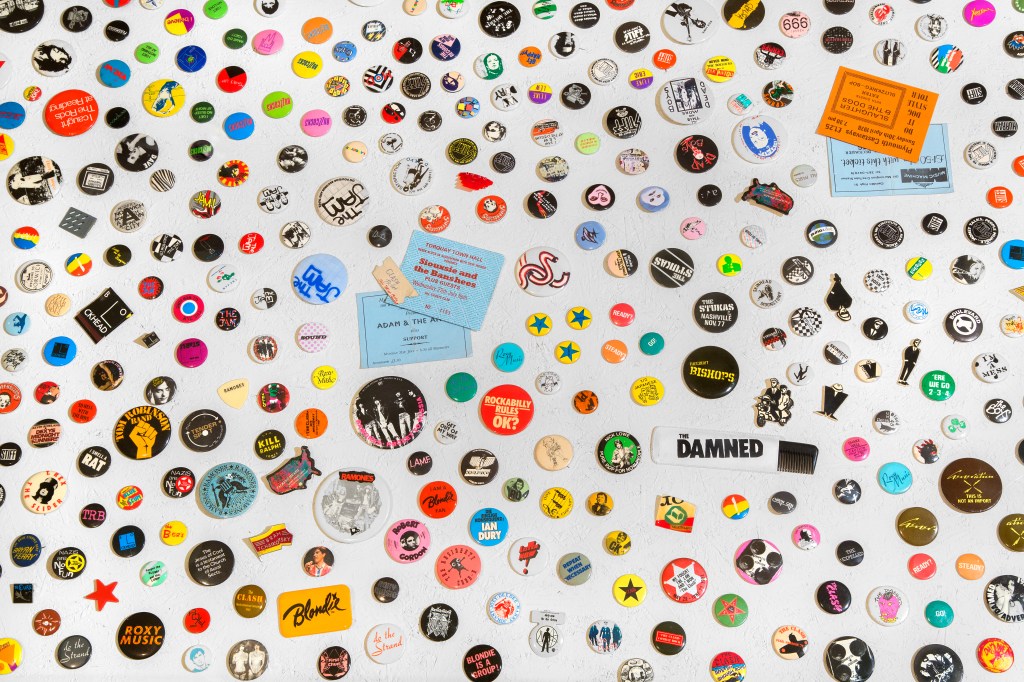