Atout France and the French Institute in New York have found a clever way to showcase that country’s brilliant cultural heritage. 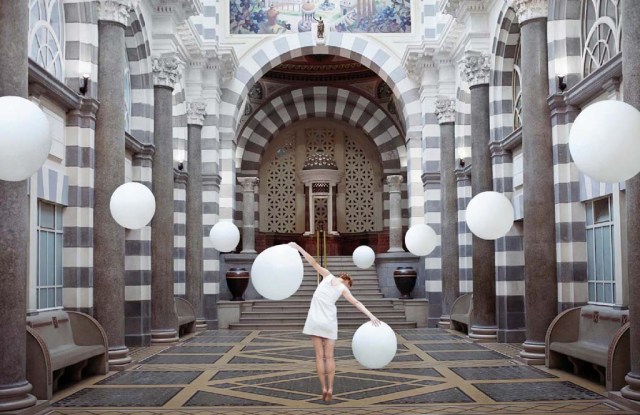 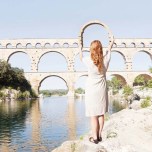 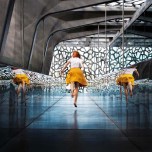 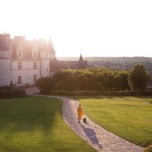 Atout France and the French Institute in New York have found a clever way to showcase that country’s brilliant cultural heritage. They enlisted the photographer Maia Flore for ImagineFrance and had her photograph 25 important cultural sites, which she did, often putting her own image into the shot.

The Water Mirror, Bordeaux, the Cite of Carcassonne, The Musée Fabre de Montpellier Agglomération, the site du Pont du Gard, the Papal Palace and the Roman Aqueduct are some of them. Her photos create a mysterious, intriguing mood, which brings these unusual locations to new life.

One of the places chosen was the Château de Thoiry. On hand on Wednesday evening at the launch party at Aperture in New York was the chatelaine of the château, the Countess de Panouse. She points out that she was just a model from a small town in Minnesota when she happened to go to France to work and met her handsome count, a true “Cinderella” story. She has become completely dedicated to the property, even designing gardens. The château has a private zoo with elephants, red pandas, Komodo dragons, zebras, lions and many more fabulous beasts. In Flore’s photo of the house, a giraffe is in front of it.