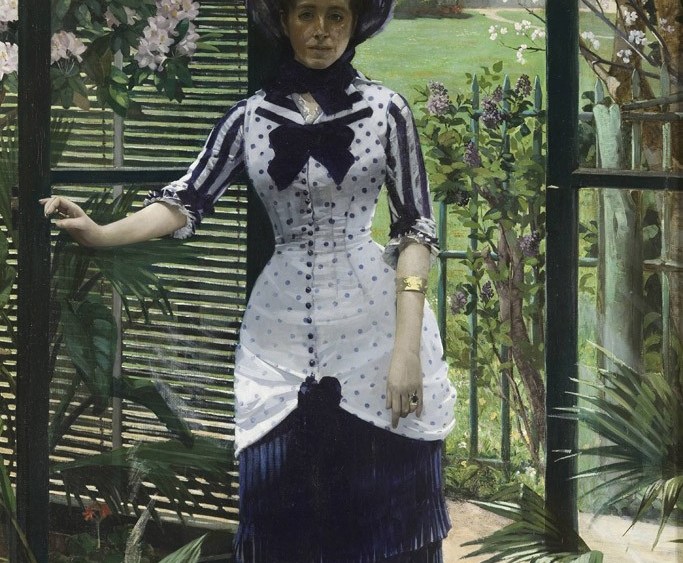 PARIS — “I wish women still dressed like that,” Tasha de Vasconcelos sighed as she encountered an Edouard Manet painting of two women posed on a Paris balcony in frilly white gowns — one clutching a fan; the other a parasol. “Grand elegance — that’s what I love.”

Dressed in Dior Couture by Raf Simons, the iconic model was among the beau monde that took in a private view of the “Impressionism and Fashion” exhibition at the Musée d’Orsay on Monday night, followed by a charity dinner in aid of the museum.

De Vasconcelos, a European Union ambassador for humanitarian causes, noted she recently signed a three-year contract with Avon as it celebrates the 20th anniversary of its Anew skin care range.

“It’s done with such charm and such subtlety,” trilled the countess Jacqueline de Ribes, who greeted guests with her husband, Édouard, president of the Societé des Amis du Musée d’Orsay.

Women marveled at the diminutive size of the shoes on display, and the compelling composure of the women who modeled the elaborate fashions of their times.

Hats and clothing from the Second Empire period are pivotal to the exhibition, with about 50 dresses and 10 hats displayed next to works by Renoir, Monet, Degas and Caillebotte.

Some artists even dressed their sitters, as side-by-side works by James Tissot attest, each showcasing the same frothy flounced dress adorned with yellow ribbons.

Christian Louboutin arrived just in time for the dinner, but traveled the shortest distance. He said he had been up in the rafters doing a photo shoot for Elle’s American edition with the actress Jessica Biel.