Steven Yeun, nominated for best leading actor, is the first Asian American nominated in the category.

Frances McDormand and Director/Writer Chloé Zhao on the set of NOMADLAND.

This morning’s Oscar nominations hit several historical benchmarks: Steven Yeun, nominated for best actor in Lee Isaac Chung’s “Minari,” is the first Asian American to be nominated in the category. And for the first time in Oscars history, two women were nominated in the directing category.

After winning the best actor award at the Golden Golden Globes for “Borat Subsequent Moviefilm” in the comedic category, Sacha Baron Cohen was shut out of a best leading actor nomination for the Oscars, but did pick up a best supporting actor nomination for his role in “The Trial of the Chicago 7.” (And “Borat” did receive some love from the academy: breakout Maria Bakalova was nominated for best supporting actress, and the film was nominated for best original screenplay.)

As expected, Chadwick Boseman was nominated for best actor and is favored to win for his role in “Ma Rainey’s Black Bottom.”

One of the most notable surprises was Lakeith Stanfield. Until now the actor, who costars in “Judas and the Black Messiah,” failed to pick up any major nominations throughout awards season (and was campaigned as a lead actor).

In total, “Mank” led the list with 10 nominations, followed by “Nomadland,” “The Trial of the Chicago 7,” “Minari,” “The Father” and “Sound of Metal,” which each picked up six nominations.

And, of course, the flipside to the list’s surprises were a few snubs. Spike Lee’s well-liked “Da Five Bloods” barely made an appearance —  Terence Blanchard was nominated for best original score — mirroring the film’s omission from the Golden Globes. And Regina King’s “One Night in Miami…” failed to break through into the best picture category, as did “Ma Rainey’s Black Bottom,” although both films fared well overall.

Read on to see the full list of 2021 Oscars nominees. 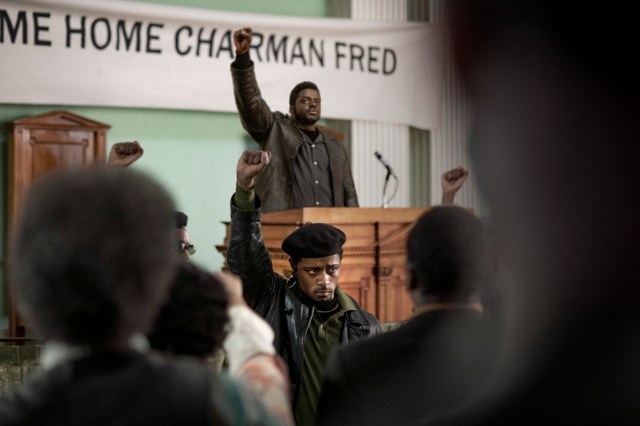 A still from “Judas and the Black Messiah.”  Courtesy

Best Picture:
“The Father”
“Judas and the Black Messiah”
“Mank”
“Minari”
“Nomadland”
“Promising Young Woman”
“Sound of Metal”
“The Trial of the Chicago 7”

Best Original Screenplay:
“Judas and the Black Messiah”
“Minari”
“Promising Young Woman”
“Sound of Metal”
“The Trial of the Chicago 7”

Best Original Song:
“Fight for You” — “Judas and the Black Messiah.” Music by H.E.R. and Dernst Emile II; Lyric by H.E.R. and Tiara Thomas
“Hear My Voice” — “The Trial of the Chicago 7.” Music by Daniel Pemberton; Lyric by Daniel Pemberton and Celeste Waite
“Húsavík” — “Eurovision Song Contest.” Music and Lyric by Savan Kotecha, Fat Max Gsus and Rickard Göransson
“Io Si (Seen)” — “The Life Ahead.”  Music by Diane Warren; Lyric by Diane Warren and Laura Pausini
“Speak Now” — “One Night in Miami.” Music and Lyric by Leslie Odom, Jr. and Sam Ashworth 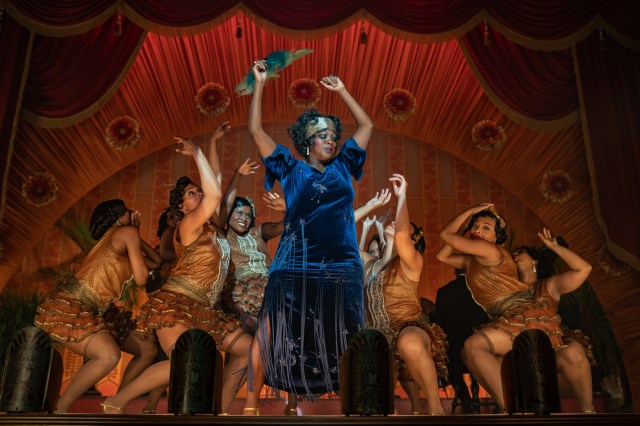