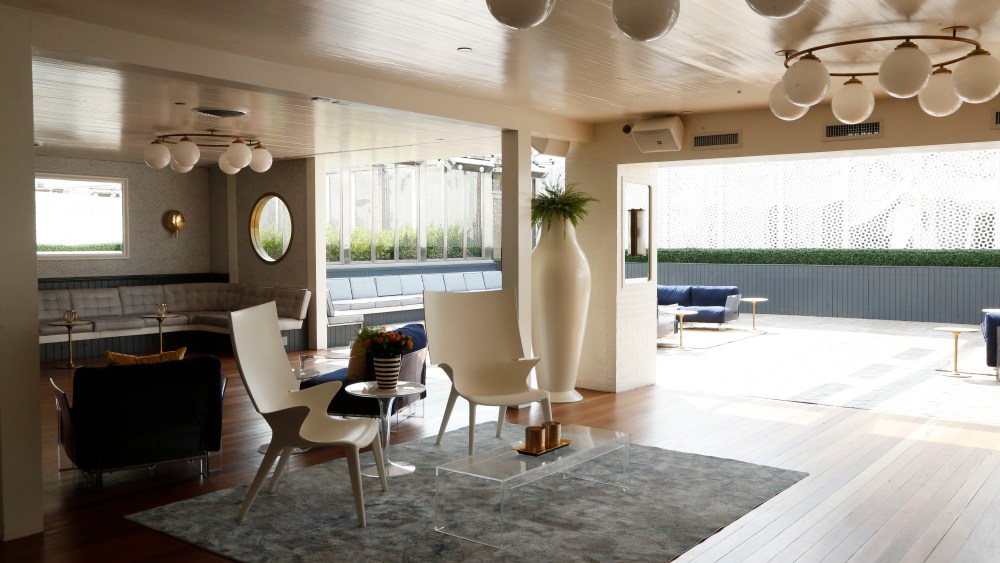 The fashion world is quick to jump on the latest and greatest freshly opened restaurant on the city’s scene — and just as quickly move on to the next thing. But in the months following the February opening of La Sirena, Mario Batali’s first New York restaurant in almost a decade, something surprising has happened: The fashion crowd is sticking around.

Fashion houses from Hermès to Louis Vuitton sought out the Chelsea space for their private dinners, and magazines followed suit. When InStyle threw a celebratory dinner toasting its July cover star Jessica Alba, it was in the north cabana at La Sirena. For Gwyneth Paltrow’s latest Goop dinner, or when The Cut toasted Linda Wells, La Sirena was again host. Aside from a prime location inside the Maritime hotel and a world-famous celebrity chef owner, what is it about the restaurant that has it at the top of every event planner’s list?

“What we’re doing here is very unique,” says the restaurant’s events director Kathryn Gillan. “You don’t have this kind of square footage in the city, [a place] that’s an events space, but also a restaurant group. [Because we’re a restaurant group] our focus is always the food and the service. So what you have here is the square footage you would have at Milk Studios, or Spring Studios, or Park Avenue Armory, but you’re getting the food and the service, so I think that’s an important, huge draw for people. Also the duality of the spaces, the indoor/outdoor options — you’re totally safe if it rains.”

La Sirena’s options for entertaining are vast. In addition to the 250 people dining inside the restaurant downstairs, there is seating for 150 people outside and three event spaces: a private room downstairs and two cabanas upstairs, north and south. The north cabana has a separate kitchen and the space will eventually have a full-time separate banquet staff.

“In theory, we could have three parties going on at once — an event downstairs, and then one in each cabana,” Gillan says.

Another draw is the ability for customization. Bronson van Wyck recently planned an event for Fossil, which saw pitched teepees, an embossing station and a picnic lunch spread. “You can come in and have it as it is, or you can completely transform it, and it’s just as fabulous,” Gillan says. “If you say you want to clear out this entire space and create an ivy ceiling, which Bronson did, or put down a different floor, that’s fine by us. And I think that appeals to that crowd, because production and event spaces aren’t always so flexible.”

The majority of their events have been in the “beauty, fashion, p.r. world and then mostly social,” Gillan says, with an expected bump in corporate parties come fall. September is scheduled to be a big month for events, starting with a string of fashion week parties, including one thrown by a “huge fashion house that I could not be more excited about” — but which, for now, she can’t name.

So far, La Sirena has hosted close to 50 events between the north cabana and the space downstairs; the south cabana has only recently opened, adding a new option. “The goal is to have events every night,” Gillan says.

Most diners of the downstairs restaurant come for Batali’s food, naturally, and upstairs is no different. The menus are derived from all those offered downstairs, and while customization is offered, it’s hard for hosts to pass on Batali’s dishes like sweet corn agnolotti with basil butter and rotating daily crudo offerings.

And while La Sirena has been busy even in the doldrums of a New York summer, Gillan believes the space is going to be in ever-increasing demand. “To really have these kinds of events, where we’re having fashion houses come in and completely transform these spaces, and to marry that with a restaurant style of service and food, is a challenge,” she says. “But I think once we master it — which I feel like we’re starting to — there is no other restaurant group that’s doing this right now.”