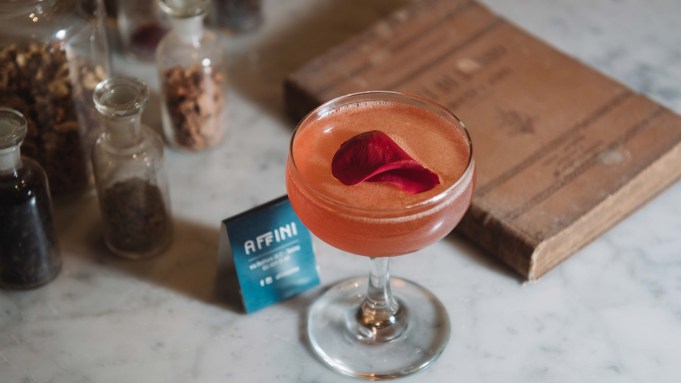 “These Italian guys, they’re a little more restless than some of the American guys,” Mario Batali explains from the entrance to his restaurant Manzo, located inside of Eataly. “So they thought we needed a conceptual change.”

The restaurant, which originally opened in 2010, closed its doors in February to undergo an overhaul. “Pretty much restaurants need to revisit themselves every five or six, years whether it’s a full face-lift like this one, or just a clean up and spruce up and revaluation,” Batali continues. “What people really want to experience in a grocery store is the grocery-ness of it. So it’s a lot less sidelines away from the food and more into the food. We have an open grill and fire station over there, we have a show and tell room of meat over here,” he says, gesturing to the glass-walled butchery station.

They’ve also ditched the white tablecloths at Manzo, adopting a more casual and cozy feel driven by leather banquettes and warm-toned woods. The seating arrangement is more flexible, and the restaurant is hoping that diverting from the boundaries and rules of a traditional fine-dining restaurant leads a more bustling dining room. The price point of the menu has dropped, and while the format is the same — raw meats, classic pastas, some fish — the menu has been completely redone, with a bigger focus on meats. Batali noted that they went back to the farmers and producers, leading to the new menu to include cuts such as pork belly and pork shoulder. The restaurant’s bar program has been refocused on vermouth cocktails, and Manzo is making 8 of their own bitters in-house.

“It’s starting to feel a little more Milanese,” Batali adds. “This used to look like a little American restaurant, now it’s looking a little bit like a hip Milan bar.”