“Once in a while, we get lucky with people cleaning out their closets,” says Martha Graham Dance Company artistic director Janet Eilber.

Most recently, the dance company got lucky with a discovery of archival photographs of “Immediate Tragedy.” The solo, choreographed by Martha Graham as a reaction to the Spanish Civil War in 1937, was considered lost. There was no recording of the dance or its accompanying music. A few years ago, the dance company was contacted by someone who had discovered canisters of film while sorting through his father’s materials. His father, a photographer, sat front row at a performance of “Immediate Tragedy” in December 1937, during which he shot 18 photos of the dance.

Those static photos offered an outline, in chronological order, of the dance’s movement. Through further research, Eilber encountered letters written between Graham and the composer Henry Cowell discussing the solo. In those letters was a phrase that would inspire Eilber’s re-creation of the work: “I was upright, and I was going to stay upright at all costs.”

“[Graham’s] immediate tragedy was the Spanish Civil War, but ‘I was upright and going to remain upright at all costs’ is a directive that can address any tragedy, any protest, any pandemic,” says Eilber. “It gives such a forceful prompt to move forward with.”

Eilber began reconstructing the movement for “Immediate Tragedy” two years ago on principal dancer Xin Ying, when a cascade of diversions delayed work on the piece. Eilber had a hip replacement, Ying had a baby, attention was diverted to other performances. No one could have predicted that a pandemic would change the course of the piece completely.

Eilber still intends to finish re-creating “Immediate Tragedy” as a solo piece, but has choreographed a new “Immediate Tragedy” in the interim. The resulting dance is inspired by its source material, but now encompasses the entire company as a digital project in collaboration with L.A. performing arts center The Soraya and composer Christopher Rountree.

The company last danced onstage at the Kennedy Center in early March. With her 14 dancers quarantined in various cities long since then, Eilber turned to Zoom for collaboration that would normally take place in a studio. 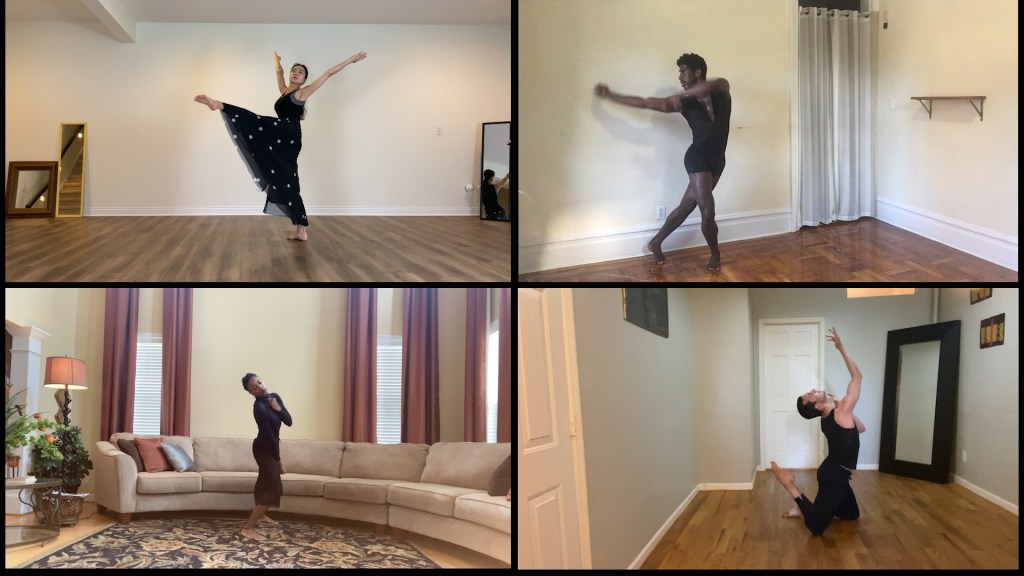 She began the process by assigning each dancer four of the archival photos, and asking them to create and film a slow phrase and fast phrase of movement which incorporated the pictured poses. Once that self-filmed footage came in, Eilber assigned each dancer a phrase of movement that repeats and changes in speed, and also asked them to pick a phrase created by one of the other dancers.

Rountree was going through a similar piece-by-piece process with his musicians. Music and sound are difficult to sync over videoconferencing, but the composer used that limitation to effect. “Chris has incorporated that sense of distance and the digital world we’re dealing with today into his score,” says Eilber. “There’s a sense of latency and echo in the score, and the editor is also using a movement echo in some of the sections that she’s editing.”

For Eilber, it’s been an exercise in rethinking the space typically defined by a stage.

“I can assign dancers phrases and say, ‘Move on a diagonal and circle around,’ but I pretty quickly learned that those directions don’t work for the screen — the screen is two-dimensional, the dancers are seen in boxes,” she says. “And that actually served the theme of the work, that we’re all trapped in four walls right now. So rather than overcome it and pretend we were dancing in a big space like we usually do onstage, we decided to use it and incorporate it. Space right now is a challenge, and it’s part of both the pandemic — which we started addressing with this project — but also the restraints of racial injustice.”

When the company first started working on the digital group piece, it was a reaction to the pandemic and a way to engage audiences stuck at home. In the course of creation, though, the immediate tragedy shifted.

“We thought the immediate tragedy was the pandemic, was the social distancing, was the quarantine, was the fact that we were all alone in our own individual spaces and constrained in that way,” says Eilber. “But in the course of creating this work, the immediate tragedy has changed, and the fight for racial justice has subsumed the concerns about our health. So our intention behind the work, the context of the work, has shifted and given new meaning to what we’ve been creating.”

“Immediate Tragedy” will debut online on June 19 on both The Soraya and Martha Graham’s Facebook pages, alongside a recording of “Deep Song” from 2017. “Deep Song” was also once lost; Graham re-created the dance herself in the Eighties.

Graham originally choreographed both “Immediate Tragedy” and “Deep Song” in 1937 in reaction to the Spanish Civil War. Shown in 2020, the dances speak to similar sentiments of anger, sadness and frustration around social injustice. “Martha’s dance was about oppression and the rise of fascism, and I think we can find some very clear parallels,” says Eilber.

“The essence of her art form was that she was trying to strip away facade and decoration, and get down to human truths and essences,” she adds. “That’s the genius of Martha Graham. It’s what makes her works classics.”

Building out their digital offerings has uncovered new opportunities for the company, too; they’ve been teaching classes online, and were surprised to discover how many dancers around the world have embraced the opportunity to learn the Graham technique. The company has also been hosting “Martha Matinees” on Wednesday and Saturday afternoons, streaming archival footage along with a live conversation. Eilber hopes to continue those initiatives when the company gets back to business as usual.

It’s difficult to know when, and what, that will look like. Eilber has been exploring smaller and rural communities as a way to launch back into live performances, working with theaters that are interested in maintaining social distancing policies and operating at limited capacity. In this scenario, the company would rehearse and travel as a “COVID-19 pod.”

For now, that contact will live at a distance. 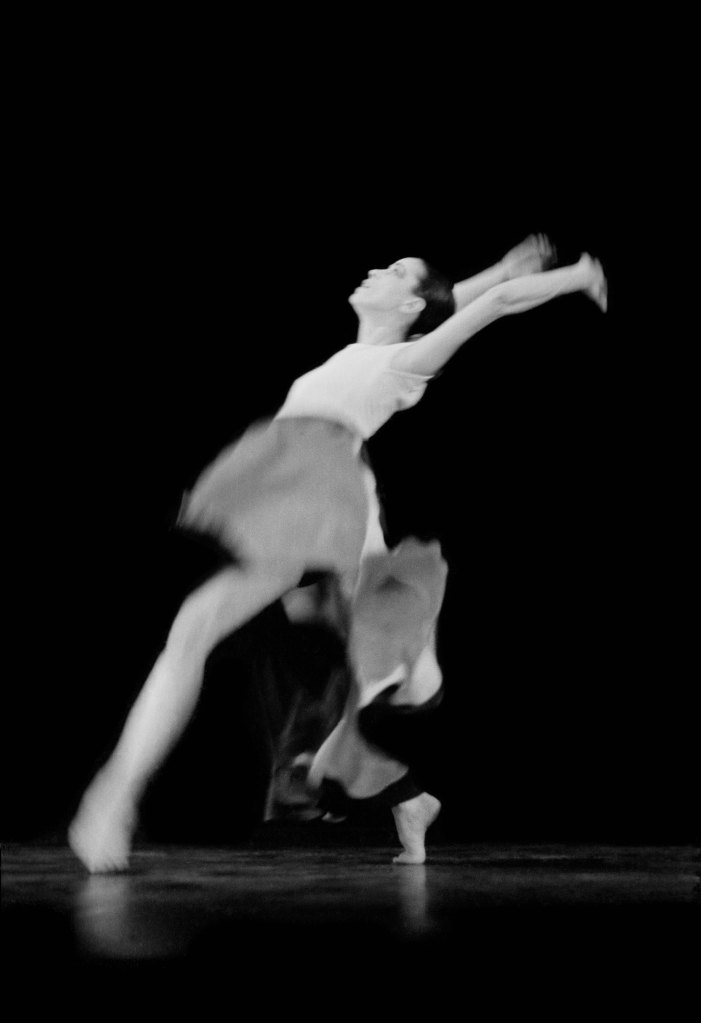 Martha Graham in “Immediate Tragedy.” Photograph by Robert Fraser, 1937. Courtesy of Martha Graham Resources, a division of the Martha Graham Center of Contemporary Dance, Inc.  Restoration by Douglas A. Fraser