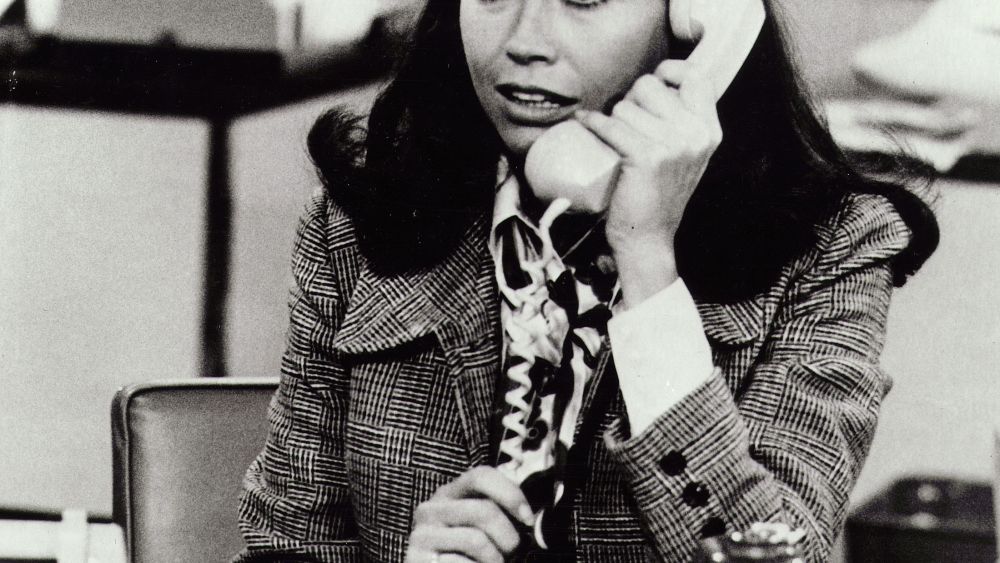 Mary Tyler Moore, an actress whose name defined a Seventies sitcom and inspired legions of independent, career-driven women, died Wednesday at the age of 80.

After spending her early years in Brooklyn, her family relocated to the West Coast when she was eight. A trained ballet dancer and former model, she got her start on the small screen dancing in commercials during the “Ozzie and Harriet” show, before concentrating more on acting. Beginning in 1961, she perfected the newly married wife as “Laurie Petrie” on “The Dick Van Dyke Show” opposite the program’s namesake. On that program, Moore had Sixties housewife down pat with era-worthy looks like sleeveless dresses with kitten heels and keyhole blouses and plaid pants.

Then came “The Mary Tyler Moore Show.” Aside from helping the show win 29 Emmy awards in its seven-season run, Moore also indirectly set the dress code for many American women who were entering the workforce. Later in life, Moore was a best actress Oscar nominee for “Ordinary People.”

Airing from September 1970 through March 1977, the show was set in a newsroom, tracing Moore’s “Mary Richards” working girl, single life with castmates including Ed Asner as Lou Grant, Ted Knight as Ted Baxter, Valerie Harper as Rhoda Morgenstern, Cloris Leachman as Phyllis Lindstrom and Betty White as Sue Ann Nivens, among others. Her working woman’s wardrobe at the fictitious WJM-TV qualified for what was then known as “smart dressing” — pantsuits with open-collar blouses, trenchcoats, bright-colored flared pants and slim-fitting crewnecks accessorized with tie-neck scarves. And, of course, there was the tam o’shanter she wore and threw skyward during the show’s opening credits to Sonny Curtis’ “Love Is All Around.” In addition to headlining the programs, Moore also produced the sitcom with her second husband Grant Tinker. (Her first marriage to Richard Meeker ended in divorce, as did the one with Tinker in 1981.)

Moore’s choices helped create a playbook of sorts for millions of American women who were entering the workforce. Perhaps more lasting for some fans of the show was the episode about “the ugly green dress,” where Moore wore a near-Shamrock green flashy body-hugging dress, the sight of which left Ted Knight’s Ted Baxter scrambling for a glass of water.

Costume designer Leslie Hall, who also used her exacting eye for Elizabeth Montgomery’s role on “Bewitched,” was said to have modeled Moore’s on-air style after her own. In what was a novel idea for the Seventies, Hall lined up an all-season deal with Evan Picone that ensured that Moore would only wear the brand’s clothing — shirtdresses, tailored pants and the like. Aside from being the first fashion product placement for TV, it was also the first time that a character wore repeat outfits and mixed and matched, according to a post by Jennifer Keishin Armstrong, author of “The Mary Tyler Moore Show, Mary and Lou and Rhoda and Ted.” Hall’s clothing selection for Moore was such a hit that she often attended Friday tapings of the show to field attendees’ questions beforehand for 20 or 30 minutes, according to Armstrong’s site.

Once the plug was pulled on the show, the actress continued to work in TV, theater, films and through her production company MTM Enterprises, which produced spin-offs from that show, including “Lou Grant,” “Rhoda” and “Phyllis.” She also wrote about her struggles with alcoholism and diabetes in two memoirs. She also served as international chairman of the Juvenile Diabetes Research Foundation. Moore is survived by her third husband, Robert Levine.