Lutz makes her mark in the scream queen category. 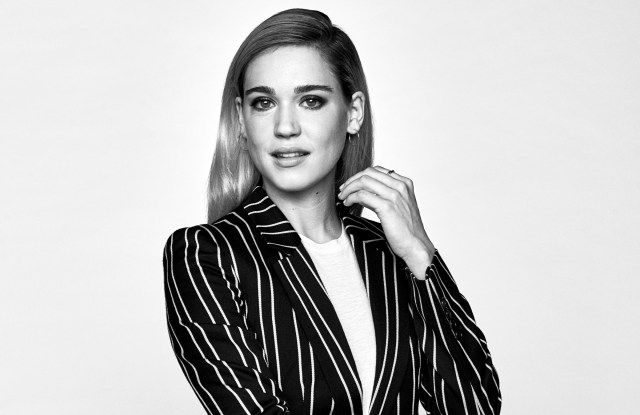 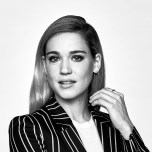 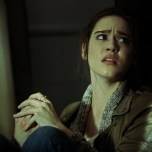 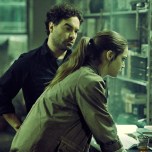 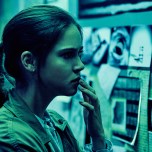 Matilda Lutz doesn’t want to be just another pretty face. She wants to scare you.

The young Italian actress is making her American feature film debut in “Rings,” out Friday. It’s a highly visible part for the young actress, who snagged the lead role of Julia. “She’s strong and determined,” Lutz says of her character’s qualities. “She’s ready to sacrifice her life for the people she loves — her boyfriend and her family.”

“Rings” is the third installment of the popular franchise, the original being “The Ring” starring Naomi Watts, released in 2002. Similar to the two preceding films, the premise of “Rings” hinges on a lethal tape that kills its viewers seven days after watching it.

“I remember it being terrifying,” Lutz recalls of watching the original when she was younger.

“I’m not a big horror movie girl — I’ve maybe seen two horror movies in my life, and that’s one of them,” she adds. “When I did the second audition [for ‘Rings’], I wanted to rewatch the movie, and I remember being in L.A. and I couldn’t watch it. I put it on and I was so scared, so I called my brother and I asked him to come to my place. It was the afternoon, it was 2 p.m., the sun was out, but I just couldn’t deal with it.”

Before getting her screen break, the actress was attending college in Italy and studying psychology while acting on the side, “just for fun.” Deciding to pursue acting on a more serious level, Lutz moved to L.A. and took the stereotypical restaurant gig while auditioning for roles. The call for “Rings” came when she was back in Italy. “I self taped for it,” she says. “I got back three months later to L.A. and I didn’t even think it went through, but they called me to do a second audition, and then a third audition.”

As a young up-and-coming talent in movies — she’s filming a French thriller, and recently finished shooting a comedy — Lutz has already made the foray into fashion, appearing in Miu Miu’s spring campaign last year.

“Rings” is both her first American film and also her first horror role. “You really get to do things that you would never do in other movies,” Lutz remarks of what differentiates the genre — namely, screaming at the top of your lungs. The actress turned out to be a natural scream queen. Although she sent producers stills of herself yelling prior to filming, they had never heard her vocally scream until everyone was on the set. “When I did my first scene where I was running away and screaming, I remember the producer coming up and saying, ‘Oh wow, thank god you can scream, because we weren’t sure,'” Lutz says.

The actress only recently saw a cut of the movie, and despite knowing the tricks behind the more disturbing imagery, she still found herself spooked. The film’s opening scene, released as a teaser days before the premiere, is set in an airplane. “I was flying from France to L.A., and I was sleeping in the plane and woke up because I was having a nightmare about a plane crash,” Lutz recalls. “So it does get to me, even though I shot it.”