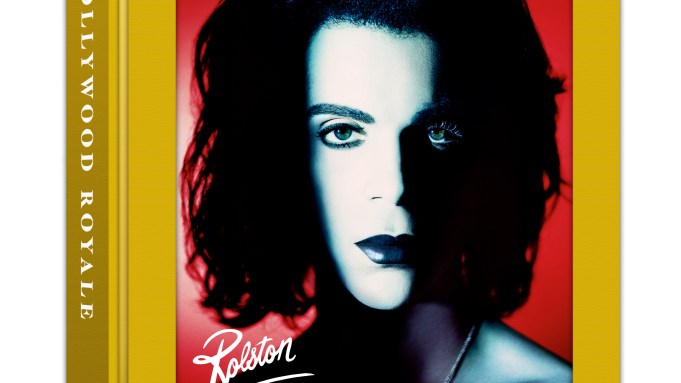 “My earliest clients were Michael Jackson and Madonna,” says Matthew Rolston. And the list of clients only grew from there.

Hired by Andy Warhol in the late Seventies to shoot for Interview Magazine, Rolston has photographed the likes of George Michael, Sade, Bono, Christy Turlington, Cindy Crawford, Joan Didion and Prince — who appears on the cover of his new book, “Hollywood Royale.”

Featuring more than 100 portraits taken from 1977 to 1993, the book celebrates the Eighties revival of Hollywood glamour. “In the Seventies, glamour was debased,” Rolston says. “Along came Interview Magazine, Andy Warhol commissioning photographers like Herb Ritts, Greg Gorman and myself in Los Angeles and a new style was born, an ironic take on old Hollywood. It was modern for that time, the Eighties. That set in motion a domino effect that led to the revival of glamour, which we’re in now.”

Rolston developed a close rapport with Jackson, and in 2007, he shot the pop star in what would become the last photo session before his death. Rolston is also the man behind the following image of Jackson as a king.

Rolston styled Jackson using pieces from his own closet and personal collection of brooches. “I had a whole thing where I would pin a bunch of brooches on one side of my shirt,” he says. “At one of the shoots, before [Jackson] wanted to be a king, he wanted to wear them. He took them literally off my shirt and put them on him.”

“Hollywood Royale,” out on Oct. 15, includes essays by Colin Westerbeck, Charles Churchward and Warhol collaborator Pat Hackett. It will be accompanied by an exhibition opening at Los Angeles’ Fahey/Klein Gallery on March 1.