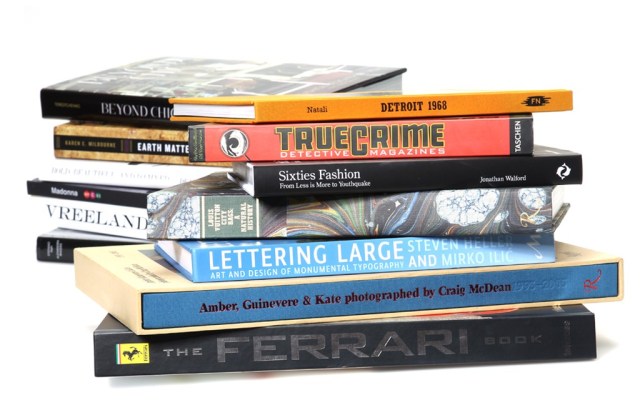 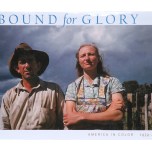 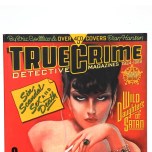 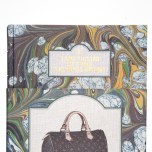 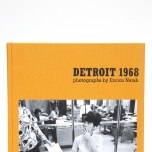 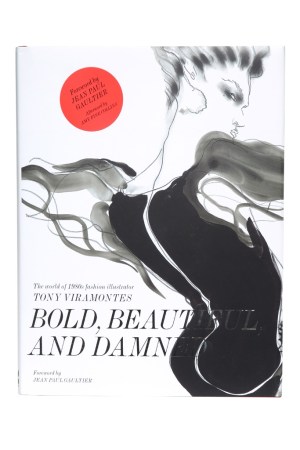 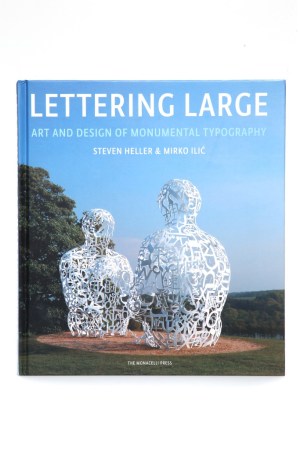 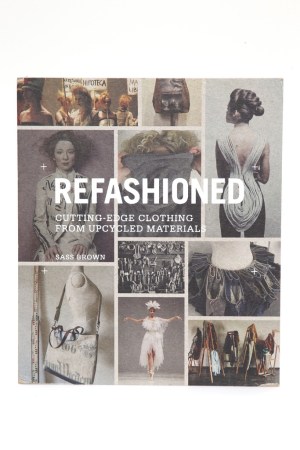 “Bound for Glory: America in Color 1939-43” (Abrams), by Paul Hendrickson with photographs from FSA/OWI Collection, The Library of Congress. “Bound for Glory” takes us into rural worlds of the past, with prairie wives in aprons (like the one on the cover) and fairs complete with games and Ferris wheels. A pair of musicians tune up at a square dance, while a man and his horse haul boxes of peaches and a poster urges us to buy war bonds. There is something appealing about the time capsules here, reminiscent of a simpler age.

“True Crime Detective Magazines, 1924 to 1969” (Taschen), by Eric Godtland, edited by Dian Hanson. The outrageous tag lines that belong to these irresistible publications enliven the cover — “Sin, Scandal, Sex and Death,” “Wild Daughters of Satan,” “Girls Priced to Sell” and “The Gutter Waits for Girls Like Me” — with its image of a devilish looking, bejewelled young woman in a low-cut dress smoking a cigarette. “Sex Crimes! The acts of men who are lower than beasts! An aroused public demands to know the cause and the cure.” — Real Detective, July 1934. Hmm…interesting choice of words. The prurient interest behind these lurid magazines becomes more evident with each page. And their exaggerated, campy quality makes them wonderful. “I Was Queen of the Stag-Party Strippers,” indeed.

“Louis Vuitton City Bags: A Natural History” (Rizzoli), by Jean-Claude Kaufmann, Ian Luna, Florence Muller, Mariko Nishitani, Colombe Pringle and Deyan Sudjic, with contributions by Rei Kawakubo, Yayoi Kusama and Takashi Murakami. This book delineates the genealogy of the Vuitton bag, with stops along the way to show amazing photos of vintage Vuitton bags, complete with travel stickers. There are terrific images from vintage advertising dating back to the beginning of the 20th century.

“Detroit 1968: Photographs by Enrico Natali” (Foggy Notion Books), edited by Jane Brown with an essay by Mark Binelli. Henry Ford 2nd, women at the beauty parlor and secretaries at work are some of the things that turn up on film here. Besides Ford, there are plenty of other shots of auto executives and their wives, often at play. Young boys sport awkward late-Sixties hair and clothes. This is Detroit long before its bankruptcy. There are signs of trouble, in the poverty of the black neighborhoods and in the sign urging us to get out of Vietnam. But this is still a city in full flower.

“The Ferrari Book” (teNeues), by Günther Raupp with a preface by Piero Ferrari and texts by Werner Schruf and Rolf Sachsse. This book is for lovers of fast cars, and those who favor this maker in particular. It’s divided into decades, and there are photos of gorgeous cars throughout, essentially pinups of them for fans. Raupp cleverly juxtaposes the vehicles with modern houses, traditional houses, hills, oceans, palm trees, night skies, racetracks and other settings and elements that will show them off. There are never any drivers, which is meant to amp up the fantasy factor for the reader, who can then imagine him or herself in the driver’s seat.

“Beyond Chic: Great Fashion Designers at Home” (The Vendome Press), by Ivan Terestchenko. This is a sumptuous volume, with inspiring interiors created by top fashion figures. Fantasy elements and unusual combinations of classic and ethnic pieces and patterns are the norm. Among the wilder places are Franca Sozzani’s Moroccan house, replete with flaking walls and a big-cat rug, and Christian Louboutin’s house in Luxor, Egypt, with its arched doorways everywhere. And Giorgio Armani’s Saint Moritz place features a standing stuffed polar bear.

“Richard Corman: Madonna NYC 83” (Damiani/D.A.P., available Nov. 30), by Richard Corman. Corman photographs a baby-faced Madonna wearing piles of PVC bracelets, torn jeans, petticoats and crucifix earrings during her early years in New York. Her considerable charisma comes across in every shot, even when she’s wearing loads of little fake braids and a hat à la early Boy George or an Eighties’ color-blocked sweater, with her hair bleached blonde with black roots and full of styling product. She has a powerful rapport with the camera.

“Bold, Beautiful and Damned: The World of 1980s Fashion Illustrator Tony Viramontes” (Laurence King), by Dean Rhys-Morgan, with a foreword by Jean Paul Gaultier and an afterword by Amy Fine Collins. Viramontes died at 31, but his ultradramatic, colorful drawings, influenced by his mentor Antonio Lopez, live again in the pages of this book. His images have a vibrant, kinetic line that is difficult to resist. It’s just right, for instance, for showing what’s special about Stephen Sprouse and his designs.

“Lettering Large: Art and Design of Monumental Typography” (The Monacelli Press), by Steven Heller and Miro Ilic. With their big-is-better ethos, Heller and Ilic set out to showcase all sorts of messages in large type in many kinds of media. Examples range from lettered parapets on an English country house to lettered minarets in Afghanistan and Morocco, to the big 9 in front of a 57th Street building in New York to a statue of the word “ego” in huge letters that went up in flames at the Burning Man Festival.

“Refashioned: Cutting-Edge Clothing From Upcycled Materials” (Laurence King), by Sass Brown. This book examines the work of a variety of fashion companies, from the French OTRA (On the Road Again), which uses bicycle tire inner tubes, to Australian MILCH, which turns men’s wear into women’s clothes, including bags and hats made of men’s pants pockets, and Atelier Awash, which makes vegetable-dyed scarves from materials sourced on a small Ethiopian farm. Meanwhile, Steinwidder’s off-the-shoulder sweater dresses and hoodies began life as damaged factory-made socks.

“Earth Matters: Land as Material and Metaphor in the Arts of Africa” (The Monacelli Press; available Nov. 12), by Karen E. Milbourne. Milbourne, a curator at the Museum of African Art, shows ceramics and earthworks from Africa here, along with mud-dyed cloth and stone or bronze sculptures. Also considered: artwork in ancient caves, and the patterns in a landscape created by miners panning for gold. This book accompanies a current exhibition at the Museum of African Art.

“Sixties Fashion: From Less Is More to Youthquake” (Thames & Hudson), by Jonathan Walford. With a teenage Twiggy in a yellow dress and flowered tie on the cover, and a first chapter devoted to high fashion in the early Sixties, this is a definitive book. Walford, a founding curator of the Bata Shoe Museum and a founder of the Fashion History Museum, both in Canada, traces the changes that come after fashion comes under the sway of the young, from Mary Quant’s miniskirts to Biba’s disposable fashion to the Sergeant Pepper look and paper dresses. Remember those?

“Pearls” (V&A/Abrams), by Beatriz Chadour-Sampson with Hubert Bari. This book is a tie-in with an exhibition currently at the Victoria and Albert Museum in London. Chadour-Sampson is a jewelry historian, while Bari is curator at the Qatar Museum Authority. Queen Victoria, the Empress Eugénie, Queen Alexandra…pearls, particularly in the form of necklaces, have long been a hallmark of royalty and aristocracy…or just plain high society. The jewelry ranges from a big pearl earring once worn by Charles I in a Van Dyck portrait — and at his execution — to classic, long pearl strands to a pendant of a ship with Venus and Cupid detailed in pearls. Queen Elizabeth I wore many of them to symbolize purity, chastity and the wealth of her kingdom. And pearls were shaped into an Art Nouveau dog collar called Yarrow, with the herb in question fashioned in enamel, by Maison Vever.

“Amber, Guinevere & Kate Photographed by Craig McDean: 1993-2005” (Rizzoli), with interviews by Glenn O’Brien. The title says it all. Here are some of the most iconic models of our day, early in their careers, photographed by a master. Amber, for instance, appears in everything from face paint to a fur-trimmed coat, while Guinevere is at her most striking in minimalist looks. Kate, for her part, is a pretty schoolgirl in a little camisole, a big white shirt or underwear.