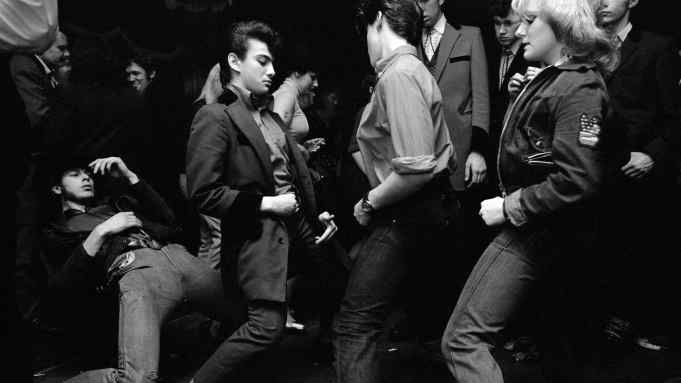 Mavi Jeans is looking at the big picture to commemorate its 25th anniversary.

Rather than publish a book detailing the history of the company as it has grown to more than $425 million in sales, Mavi wanted to give a perspective that took into consideration the passage of time as well as the world at large. In addition to a 1961 photo of a woman’s backside, squeezed into baby blue Wrangler jeans, that accompanies the book’s preface, the 108 pages include scenes from the Woodstock Festival in 1969, a rodeo in 1995, the opening of an Apple store on New York’s Fifth Avenue in 2006 and young men posing under a selfie stick in Mumbai, India, from earlier this year.

“We don’t see denim just as a product,” said Elif Akarlilar, Mavi’s global brand director. “We see it as a culture. It’s a part of our everyday life. It’s a real object of everyday life.”

Magnum’s photographers were obvious collaborators, what with their history as photojournalists and also as collaborators on Mavi’s ad campaigns. Following Ferdinando Scianna’s stint shooting the brand’s 2004 marketing images in Seville, Spain, the collective’s members also worked on its campaigns between 2006 and 2008. Ten years ago, on the occasion of the denim maker’s 15th anniversary, Magnum provided the images for Mavi’s book on Istanbul.

Moreover, Martin Parr, a British lensman who serves as Magnum’s president, photographed a series of portraits for Mavi’s next book due in the spring. Focusing on makers working in denim, jewelry, wood, toys, glass and other materials, the book explores communal spaces as well as traditional workshops. “We wanted to create a series around the world with this culture,” Akarlilar said.

As for the denim culture displayed in the book, it transcends borders and eras. One image taken in 1976 by Bruno Barbey shows a young man in a jean jacket and matching bell-bottoms standing next to a friend in a three-piece checked suit in Tehran. Dennis Stock, who snapped the image of the woman in Wranglers, was stared down by a biker gang called the Sons of Silence in Colorado in 1971.

There are also numerous photos of young people horsing around, becoming amorous and going to music concerts in denim. But Mavi also featured Peter Marlow’s photo of a man standing on his friend’s back to see the top of the Vietnam War Memorial (1985), Susan Meiselas’ picture of El Salvadoran guerrilla soldiers at a training camp (1982) and Lorenzo Meloni’s documentation of the Nuit Debout protest movement in Paris (2016).

Akarlilar acknowledged that “youth is very important for denim culture” but she added that “denim is worn on a wider scale.”

To disseminate the images to a bigger market, Akarlilar said Mavi plans to sell the book to stores that specialize in books about photography and fashion.

“We think that photography is more important right now,” she said, “not only in documenting but relating to people’s lives.”