A look at where to shop, dine, learn and lounge during Miami Swim Week.

A TOUCH OF ISRAEL: Miami has its share of fancy steakhouses and red-sauce joints but Israeli cuisine? Not so much, until two nice Jewish boys came to the rescue with Abbalé Telavivian Kitchen. The exotic name gets down to the nitty-gritty: the Hebrew word for “daddy,” which both seasoned restaurateurs are (Pura Vida, My Ceviche, Zuuk), and their affinity for the flavors of Tel Aviv. 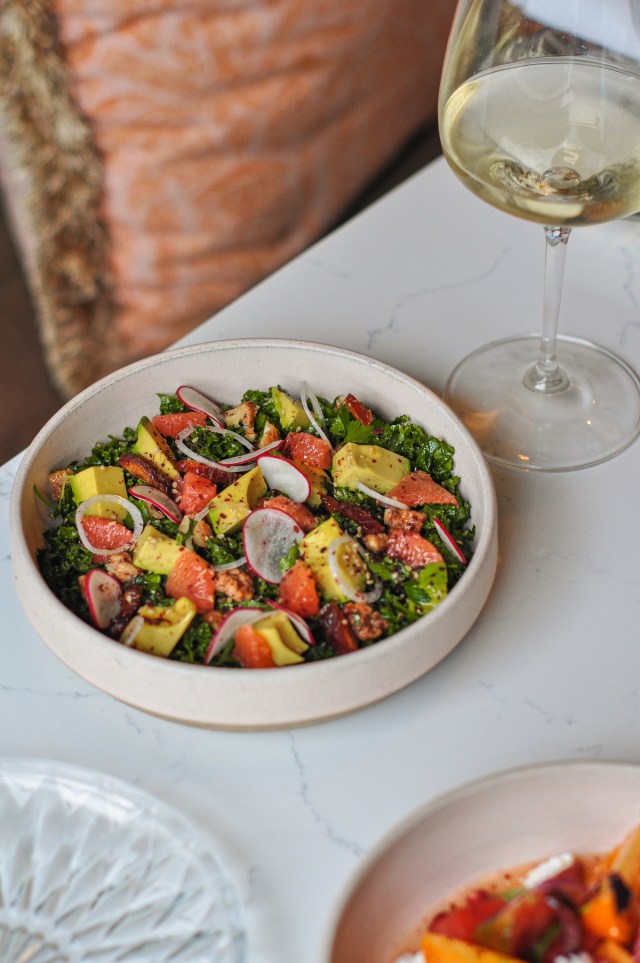 Slammed since opening in an original, Old Florida cottage near Joe’s Stone Crab, they held off dinner service until summer’s slowdown. Gorenstein said meals starts family-style with a bunch of salatim for the table. Diners scoop classic baba ghanoush, labneh and onion tahini, as well as pickled and roasted veggies with his homemade pita bread. He keeps the entrée section small and tight, chopping rosemary from his garden for lamb chops’ chermoula marinade, and fire-roasting the daily catch — his go-to fisherman dropped off a 44-pound black grouper that morning. Ingredients from Gorenstein’s Syrian heritage occasionally slip in. Smoky Aleppo pepper spices shakshuka, and rose water perfumes his star pastry.

“My mom made a killer baklava. It’s her recipe.”

HI-ART: Most of the world only sees (or wants to see) the glam side of Miami, but Hialeah is where the sausage gets made. Located north of Miami International Airport and most famous for its race track, the separate city hums with commercial activity in miles of warehouses and barred bungalows. Cuban artists Rafael Domenech and Ernesto Oroza celebrate its scrappy immigrant maker spirit in “Hialeah Eléctrica — Metavector,” which is on view at the Bass through Oct. 10.

“Hialeah is a vivid process that’s always mutating and metabolizing the space in Miami, and you need it to be brought into the forefront of the conversation,” said Domenech, who essentially installed a piece of place in the museum.

Their site-specific installation of wood, drywall, vinyl and paint reflects common building and branding materials found throughout Hialeah. Its colorful lanterns and interactive sculptures with lattice cutouts attract human moths at first, but works explode with layers of meaning up close. Part of the exhibition’s title references Japanese architect Arata Isozaki’s “Electric Labyrinth,” an installation thwarted by student protests during the 1968 XIV Triennale di Milano; he also designed the Bass’ renovation and expansion, another motif folded into this evolving study of the collaborative process. “We don’t think about hierarchies, good or bad, success or failure. We think in terms of process,” Domenech said. 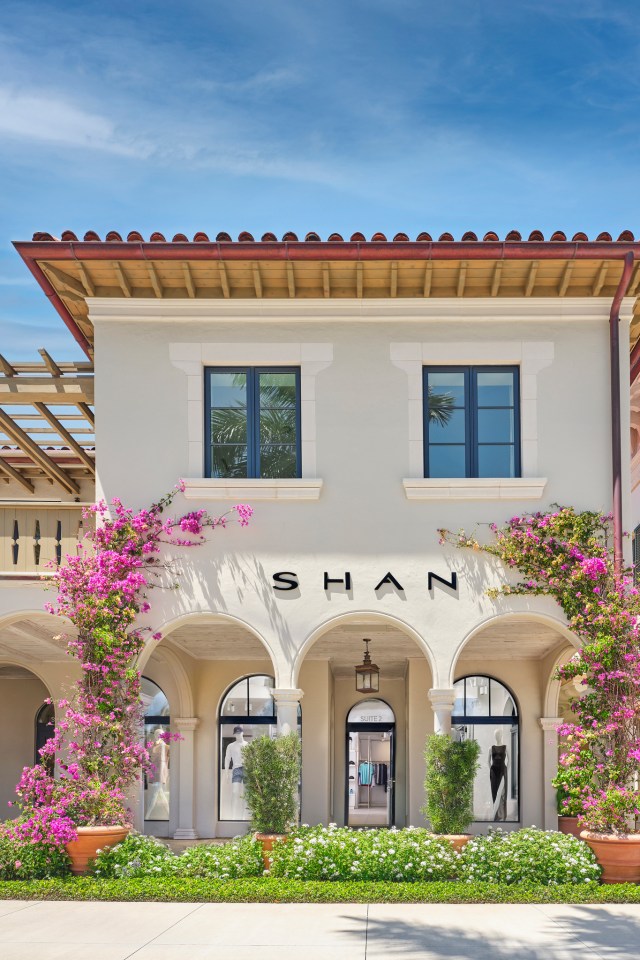 LANDING AT BREAKERS: The Breakers Palm Beach never sleeps. When the resort noticed Shan topped sales at its Absolutely Suitable signature boutique — beating out 23 other brands like Eres, Karla Colletto and Melissa Odabash — it gave the Canadian men’s and women’s collection its own prominent space in Via Flagler by The Breakers. The new offsite, mixed-use development on Royal Poinciana Way also houses Henry’s bistro and Main Street café and lifestyle store for Tory Burch teapots and coconut glazed doughnuts below multimillion-dollar residences.

“We approached Shan with the opportunity for an independent storefront that would be owned and operated by us, the prototype of our retail partnerships,” said John Zoller, senior vice president of retail operations for the Breakers.

Following locations in the Hamptons and Miami Beach, Palm Beach marks Shan’s largest store in the U.S. Shan partner and executive vice president Jean-François Sigouin said the brand’s international recognition and brand awareness in the market played into the decision, and merchandise is curated accordingly.

ALONG THE GARDEN PATH: The Raymond Jungles-designed Miami Beach Botanical Gardens, a tropical, three-acre oasis that bills itself as Miami Beach’s backyard, expanded its self-guided, smartphone tour to the newly refurbished, Collins Canal pedestrian promenade. Discover the island’s history through 12 stops, whose descriptions have been recorded in five languages. 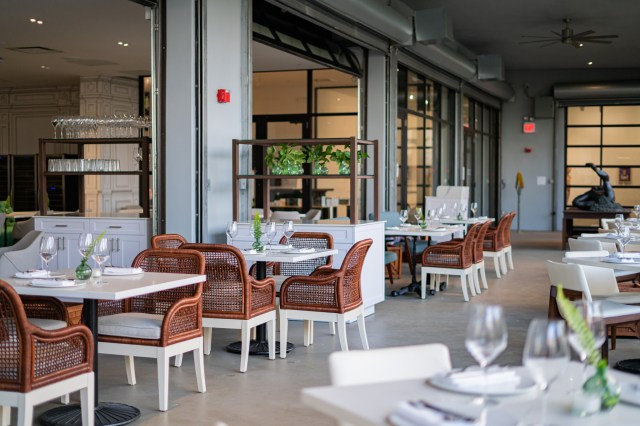 BASQUE ON THE BEACH: A ritzy, lingering lunch at Leku feels like going on a European holiday, a sensation many of us can appreciate these days. The Cinco Jotas jamón Ibérico in the corner tells us that we’re in Spain, more specifically Basque Country. The owners of Le Basque Catering and the Pubbelly empire cofounder are among the crew that concocted this gastronomic bubble in the burgeoning Allapattah area.

“People say we don’t just have the best croquetas in Miami, but some of the best in Spain,” a manager said. 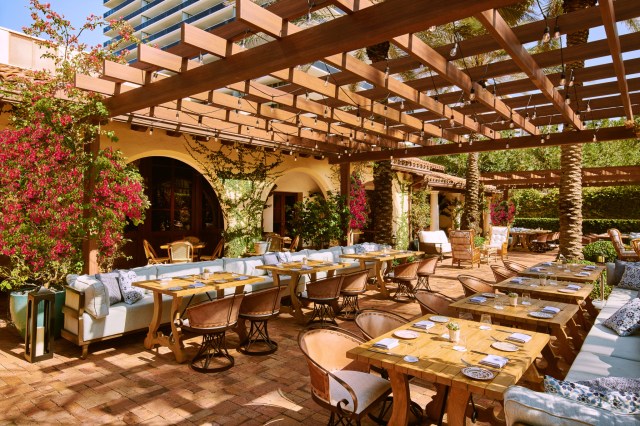 PRIVATE TIME: If Miami’s new glitterati and tech bros want to hit the beach without gawking hotel guests and condo dwellers, they’ll have to join the Bath Club. The Jazz Age throwback touts itself as the sole, members-only beach club in town. A sign of pandemic-altered Miami, family memberships are nearly sold out, and couples and singles are on a waiting list.

“Privacy has become one of the greatest luxuries,” said owner Don Peebles, who poured $8 million into the historic, social club’s interiors with Veranda, which already opened for familiar fare served on vintage china, and Cafeteria due in fall.

Between table hopping and lounging on daybeds, members have myriad diversions — swim in the pool, play tennis on clay courts, meditate, listen to live music and learn to cook.

“The luxury revival means having a club akin to your own estate, and it must be authentic,” said Peebles, who understands these people have it all, possibly except a beach.