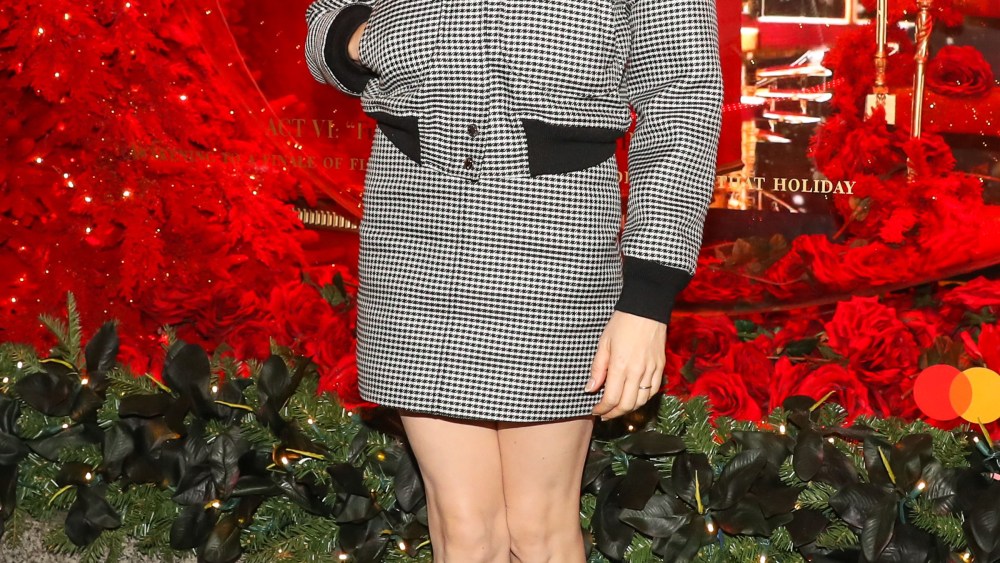 Ahead of Saks Fifth Avenue’s grand annual holiday window reveal show — complete with lights, fireworks and a troupe of Broadway dancers in gold sequins — Michelle Williams already had reason to be dazzled by the night’s performance in partnership with Broadway Cares/Equity Fights AIDS.

“I’m so excited to see this tonight because it’s really what the last two months of my life have been about; dancing in rehearsal rooms with Broadway dancers,” said the actress, who is filming the upcoming miniseries “Fosse/Verdon,” in which she stars as famed Broadway dancer Gwen Verdon.

“I think my favorite New Yorkers are Broadway dancers and bike messengers; they’re fully the bravest people out there,” she added. “And they have so much energy and the work is so difficult and dangerous at times, and they’re also so well-trained. I just admire so much what they do.”

Williams noted that although she never had a chance to take in New York’s holiday windows as a child, it’s since become a cherished experience.

“I’ve only done it with kids,” she said. “My family always gets excited when they come to visit and they get excited when they walk up and down Fifth Avenue and to look at the windows,” she added. “I grew up in Montana, but I totally consider myself a New Yorker at this point, and New York around Christmas is my favorite time. Imagine yourself as a kid, and what it would look like from [their] perspective and look up at it. It’s kind of special.”

Even more relatable is the actress’ Thanksgiving plans later this week.

“Family, food, lots of eating and cooking, and a nice break,” she said. “Really, more than everything, just some time off from work and time off from school, and being with people I love.”