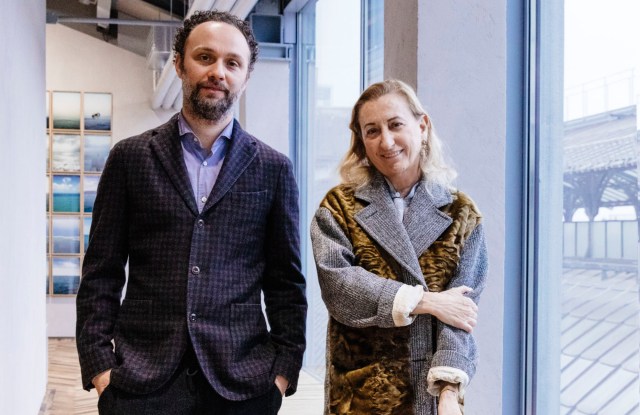 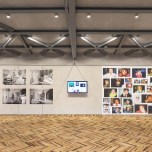 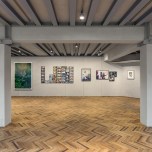 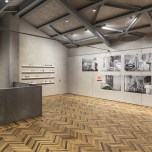 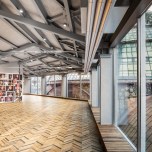 MILAN — Miuccia Prada is discovering the world of photography — and true to her ongoing efforts to support artists, is offering this medium a new Fondazione Prada space.

“This is a new entry for me,” said the designer with a smile, admitting her fresh take on photography. Prada was speaking at a preview event on Monday to present a new exhibition space dedicated to contemporary photography and visual arts called “Osservatorio [Observatory]” in shopping arcade Galleria Vittorio Emanuele II, officially slated to open to the public on Dec. 21. This is an additional location for Fondazione Prada, housed on two floors in a central building of the arcade above the central octagon. It stands at the level of the glass and iron dome covering the 19th-century venue. The restored space covers 8,640 square feet.

Prada’s gaze wandered to the postcard view above Milan, and she expressed her surprise at seeing “such a beautiful place.” Large windows allow the light, even on a gloomy December day, to emphasize the photos hanging on the walls on one side alone of the Osservatorio, arranged in a continuum of images.

The space opens with the exhibition “Give Me Yesterday,” curated by Francesco Zanot, which will run until March 12, and comprises works from 14 Italian and international artists: Melanie Bonajo, Kenta Cobayashi, Tomé Duarte, Irene Fenara, Lebohang Kganye, Vendula Knopova, Leigh Ledare, Wen Ling, Ryan McGinley, Izumi Miyazaki, Joanna Piotrowska, Greg Reynolds, Antonio Rovaldi and Maurice van Es. The project, said Zanot, “explores the use of photography as a personal diary from the beginning of the year 2000 until today.”

The name of the space is aligned with Prada’s vision for it. “When we were discussing what to do with this venue, we thought of photography as an observatory onto the world from the top,” explained the designer. She did not want to remove artworks from the sprawling headquarters of Fondazione Prada, which were unveiled last year in a complex covering 205,000 square feet in Largo Isarco, in the southern part of Milan and developed by OMA, led by Prada’s longtime architect, Rem Koolhaas. Art that was not being shown at the main location could be seen as “inferior” or somehow differentiated and she wished to avoid that idea.

Prada discussed the accessibility of photography and how anyone can “personally access digital platforms, share images with the world” and emphasized the democratic and “not costly” approach to the medium. She also underscored the growing relevance of photography but said of her involvement, “It is determined by how much I am interested.”

Asked if she thought there was perhaps an overload of images and selfies on social media, she said: “The theme is complex, and you can’t disregard it.” Photography allows someone “to be open to everything.”

Ever enthusiastic and passionate about the foundation, which she established in 1993 with her husband Patrizio Bertelli, chief executive officer of the Prada Group, she characterized her work with and on it as “very easy,” compared to delivering new fashion collections. Fashion design includes an element of commerce, while the foundation is an end in itself, and “not to sell.”

Prada’s foundation has been helping to raise Milan’s standing in the arts and the designer confessed she felt she had “the sense of doing something useful. My ambition has always been for culture to seem interesting, not boring, but exciting. This energy may also come from my experience in the fashion world.”

Observatory is located above the Prada men’s wear store and the group’s Pasticceria Marchesi 1824 that opened in September. The restoration of the Galleria, completed in 2015, was supported by Prada, together with Versace.