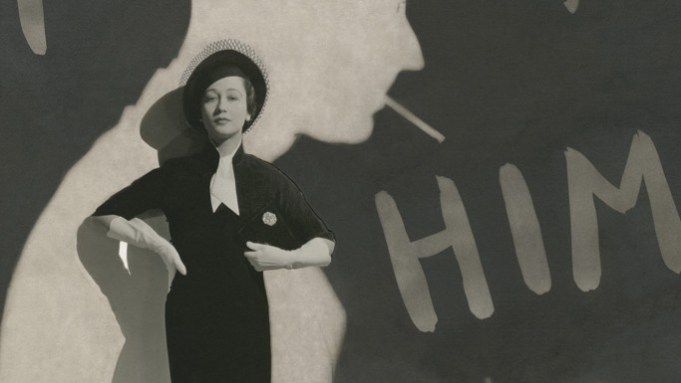 Europe between the wars was full of fascinating characters, many of them forgotten today. Now Jean-Noël Liaut — a Frenchman who has written 11 books on subjects that include writer Karen Blixen, designer Hubert de Givenchy, model/actress Natalie Paley and antiques dealer/decorator Madeleine Castaing — has rediscovered one: Catharina Koopman, known as Toto. She was born in Java and became an haute couture model in Paris, then a spy for the Allies, an inmate in Ravensbrück, the longtime girlfriend of art dealer Erica Brausen and an archaeologist.

Koopman created a beautiful compound on the then-primitive Italian island of Panarea, where she and Brausen, who launched the career of Francis Bacon, entertained guests prominent in the arts and society. Their circle included Alexander Korda, Luchino Visconti, the Duchess of Devonshire, Joan Miró, Alberto Giacometti, Peter Brook, Pierre Boulez, Lee Miller and Bruce Chatwin.

Liaut tells her story in “The Many Lives of Miss K.: Toto Koopman — Model, Muse, Spy” (Rizzoli Ex Libris), translated by Denise Raab Jacobs. Its subject’s life offers many surprises. “She was a free spirit,” says Liaut. “She was fascinating for many different reasons. She spoke five languages fluently, she was a brilliant wit, she was beautiful, but it’s much more than that. All her friends are still completely captivated by her — the glamorous outsider.”

Liaut was handicapped by the fact that Koopman, who died at age 82 in 1991, left very few letters and no diaries. He chose to include only those stories about his subject which he could confirm with reliable sources, and he thinks that there may be more interesting details still out there. “I believe that many more facts concerning our beautiful, eccentric heroine have yet to be revealed,” he writes in his preface to the book. He adds that her story had “the ‘Lubitsch touch,’ meaning that the cast of sophisticated hucksters, double agents, fickle lovers, eminences grises and luminaries around her could have stepped out of one of that director’s films.”

However, the friend who first suggested that Liaut write about her advised him to do it in the form of a novel. “It would be a very, very bad novel,” the biographer says, since the twists and turns of her life would have made it unbelievable.

In the Thirties, at a time when racist views were often freely expressed, movie star Merle Oberon felt the need to conceal her ethnic background by pretending that her dark-skinned, Anglo-Indian mother, who was living with her, was her maid. Koopman, though, often mentioned her Asian ancestry (her father was Dutch, but her mother was half Dutch and half Indonesian). She was also openly bisexual. Her lovers included Alexis Mdivani (of the White Russian Marrying Mdivanis); the Canadian press baron Lord Beaverbrook; his son, Max Aitken; Winston Churchill’s son, Randolph, and actress Tallulah Bankhead. When Toto switched from Lord Beaverbrook to Aitken, the former went after her in his newspapers. She ignored this. Eventually, he offered to pay her an annuity for life if she agreed not to marry his son, an offer she accepted. But this gambit may not have been necessary, since, at a time when women’s lives were still largely defined by their choice of spouses, she had always said that she never wanted to marry.

As a model, Koopman worked for Coco Chanel for six months, then Mainbocher and Madeline Vionnet. In her private life, she wore Schiaparelli. “When she was not working, Toto was courted by Parisian café society,” Liaut writes of her life in the City of Light in the Thirties. “Her exotic looks, her lack of inhibition and her open-mindedness made her what Proust defined as a ‘golden guest’ in that cosmopolitan and diverse circle.” Korda briefly put her under contract, but acting in films didn’t really interest her. Her passions, as Liaut notes, were politics and archaeology.

When World War II broke out, Koopman became a spy for the Allies, working in Italy. She was caught in January 1941 and escaped twice; then, in Venice, she was caught for a final time and sent to Ravensbrück in Germany, where she was imprisoned from October 1944 to April 1945. While there, she decided to tell camp officials that she was a nurse who had trained at St. Mary’s Hospital in London. The fact that she delivered this tale in impeccable German is one reason it was believed. She was assigned to a medical team there, which may have saved her life.

Edmonde Charles-Roux, a French Vogue editor, Chanel biographer and novelist who was an important source for the book, told Liaut that Koopman must have had “many, many enemies” to be in prison for so long. She also said, as Liaut tells it, that “there was something cruel in Toto,” and that she only liked people who were “brilliant, very talented and very witty; Edmonde was naturally all of them.”

After the war, Koopman met Brausen, who was working at the time for London’s Redfern Gallery, in Ascona, Italy. The two became romantically involved, and Brausen convinced her to return with her to London. Brausen also soon persuaded a rich, eccentric American, Arthur Jeffress, to back her in her own enterprise, the Hanover Gallery. “Erica dealt with the artists, and Toto organized their lives, the mail and the catalogues,” Liaut says. With her gilded address book, she also put together openings, dinner parties and a rotating cast of guests at their six-cottage retreat on Panarea, all of which were important to the Hanover, which became one of the most influential galleries in Europe. Brausen, for her part, was regarded by her contemporaries in the art world as someone with a golden gut; she always seemed to know just which rising artists would be significant in the future.

Both women became disciples of the guru G.I. Gurdjieff. In the Fifties, Koopman also studied at the University of London and worked on a number of excavations, exploring her new passion, archaeology.

“She was a living mystery, at the same time as she was a social animal,” says Liaut. “Toto was full of interesting contradictions. She embraced tradition while also rejecting it. While working on this book, I began to think that [by comparison], much of the world is gray, goody-goody and sadly limited.”