The culinary group led by David Chang has launched a line of consumer products including soy sauce and tamari.

“The [ethnic] grocery aisle still has these vestiges of a previous era,” says Momofuku chief executive officer Marguerite Mariscal. Take hard shell tacos, for example, or a category closer to the Momofuku world: soy sauce and tamari. In many American grocery stores, consumers have two choices — caramel-colored salt water or low-sodium, caramel-colored salt water. “But in other places in the world, there’s as much variety in soy sauce as there is in olive oil or in coffee,” she adds.

Momofuku thinks Asian pantry staples are up next, and the company is on a mission to transform the suburban Asian food aisle. Their first consumer-oriented products, seasoned salts and crunchy chili oil, launched in October, were followed by two liquid sauces — soy and tamari — in mid-November. Momofuku’s sauces, priced at $20 for a two-pack, veer from the salt water comparison and bump up the flavor through the use of steeped kombu as an added source of umami. But while the grocery aisle inspired Momofuku’s product range, for now it is being sold direct-to-consumer through the company’s web site. Mariscal notes that since launch they’ve received orders from almost every state and engagement across the country.

An accessible consumer product range has been 10 years in the making. Through its culinary lab, established in 2010, the company has already been making specialized products to sell to Michelin-starred restaurants. Plans to expand outside of its b-to-b market, although already in the works, were expedited in the spring in light of pandemic-related restaurant restrictions and closures. The launch comes at a time when people are at home and cooking more than ever — and when many restaurants are in survival mode and struggling to figure out how to move forward in the upcoming winter months.

“We’re leaning into anything that we think might help us survive,” says Mariscal, adding that they’re hopeful (although not necessarily optimistic) about the restaurant industry receiving additional aid from the government. Momofuku founder David Chang is in a group of prominent chefs who have been vocal about the need for industry relief. In lieu of that, the company has been experimenting with different ways to reach customers: delivery, outdoor dining, meal kits, virtual cooking classes with Momofuku chefs. The company, better positioned than many restaurants thanks to a high profile and existing business diversification, in May revealed the pandemic-related permanent closure of two of its restaurants, Nishi in New York and CCDC in Washington, D.C.

Many of the consumer products and flavors originated from Momofuku kitchens. “We didn’t want this to be the typical packaged goods play for a restaurant where you have a jarred sauce or a can of soup that is a departure from what you’re serving,” she says. “We wanted to make sure that everything we’re putting out is as at home in our kitchen as it is in the user’s home.”

The modern product packaging also marks itself as part of a new era for Asian grocery staples, with Momofuku’s signature peach emblem above a label reminiscent of tape that pays homage to where the products originated. “Blue tape is synonymous with kitchens,” she says. “We really wanted to sell this idea that you weren’t getting something that was watered down or diluted from what we’re using and what we’re doing in our kitchens. That’s super important to us as a company as we move into these new spaces outside of our kitchen.”

Other categories the company is looking at next include rice vinegar and sesame oil. “Which, once again, have such range and depth in other markets, whereas in the U.S. you’ll usually find one [option]. And that’s interesting to us as a next step of expanding the possibilities of what these things can be.”

As restaurants continue to explore opportunities outside of the traditional dining format, Mariscal predicts that many of the changes will become permanent. “Whatever worked before, doesn’t work now,” she says. “Hopefully this is a moment where restaurants can expand their definition of what they do, whether that’s making products for people to take home, meal kits, classes, or catering. These are all new potential business streams that everyone will need to survive.

“I hope that isn’t just for now, but becomes the new normal.” 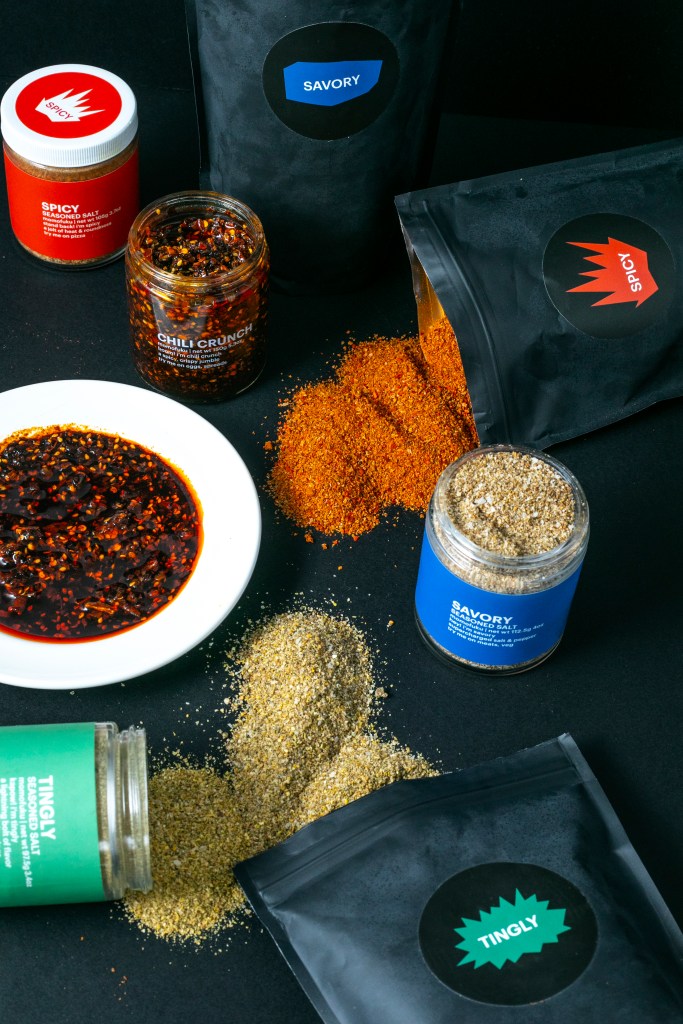