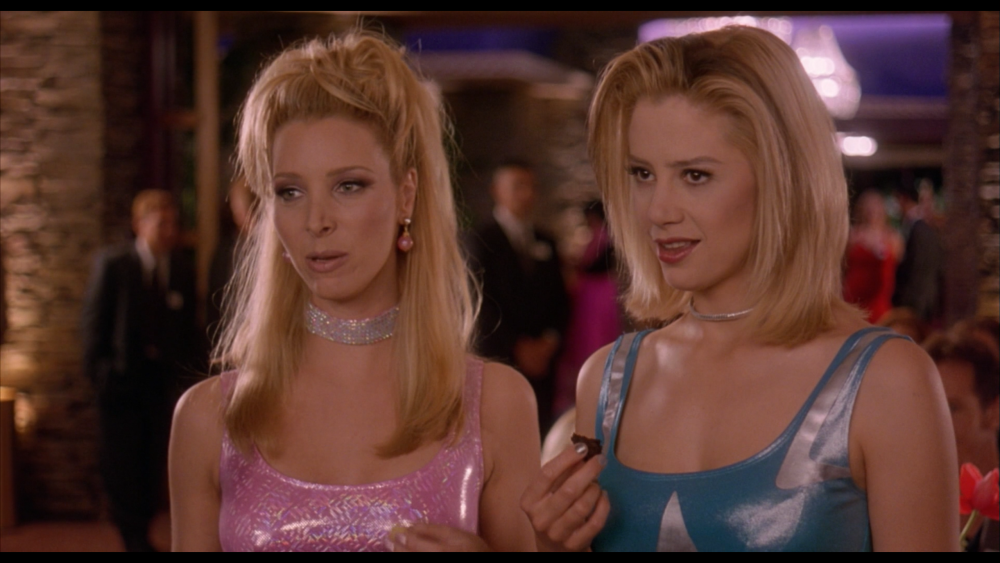 The year was 1997. “Wannabe” by Spice Girls was about to rule the radio, Rei Kawakubo had just unveiled her “Adult Punk” show and Madonna was the proud recipient of a Golden Globe. Mona May was putting the final touches on the costumes for “Romy and Michele’s High School Reunion” while simultaneously working on the TV version of “Clueless.” Little did she know the impact both would have — and continue to have – on her life 20 years later.

“‘Sex and the City,’ ‘Legally Blonde’ — all those happened after ‘Clueless’ and ‘Romy and Michele,'” says May, reflecting on the Nineties films she costumed. “It’s great to be this forerunner and to be the designer to establish what it meant to do a chick-flick movie.”

For those unaware, “Romy and Michele” is a comedy about two best friends, Romy (Mira Sorvino) and Michele (Lisa Kudrow), who try to impress their peers at their 10-year high school reunion by lying about inventing Post-it Notes. What the two lack in common sense they make up for in sartorial panache — but even this isn’t enough to prevent them from wearing heels to the gym.

“Now you have all sorts of fashion workout wear, but at the time, there was nothing in the stores,” May says. After a “dismal” session of gym clothes fittings, she decided to take matters into her own hands. She came up with the idea that Romy and Michele would have made their own gym clothes because they wouldn’t have liked anything in stores at that time. So she opted for “crazy spandex, shiny, reflective, iridescent fabric” to stay true to the spirit of the duo.

Kudrow and Sorvino had about 35 to 40 wardrobe changes in the film, and May says she hand-made one-third of the costumes. The rest were designer and thrift-store finds.

The Nineties were full of “so much horrible stuff,” says May, so she turned to Europe for inspiration. “Everything on the street was Tommy Hilfiger, Fubu, Bongo, Fila,” she says. “Guess was the only one that was more sexy. I had to go out and find the Versus, look up Moschino, and be able to peg that information and built something that is credible, that is fun, but also could be understood by the general public.”

Though Romy and Michele share the same aesthetic, May tried to distinguish their personalities through color. Romy was more conservative “and a little bit more masculine in some sense.” Michele was “more feminine” and loved bright colors and playful pieces like boas and cherry earrings. Kudrow apparently loved these, too.

“Lisa always egged me on, like, ‘Come on, Mona! Let’s do more! Let’s have fun with it!’” May recalls. “When we did the flashbacks for the Eighties when they were in high school…we were like, how can we emulate Madonna? Mira’s entire Betsey Johnson look, the dress, was so much fun — her crazy ponytail. We did Lisa in the bustier and the lace skirt. The fun never ended.”

May never thought the movie’s costumes would be as celebrated as they have been, nor did she think younger generations would take to them the way they have.

“It lives forever,” she says. “It’s the same thing with ‘Clueless’ — there’s girls running around in the ‘Clueless’ plaid outfits every Halloween. It’s an amazing honor for the new generation of kids to still embrace it. I mean, I’m in my 40s and my friends’ kids who are 15, 16 have the movies.”

May thinks the unabashed girliness of the costumes makes them timeless. She also thinks there’s a general lack of modern movies of the same nature.

“There’s a little bit more TV now with ‘Girls,’ but it’s just different,” she says. “It’s a different time for fashion and for expressing yourself, but I think the popularity [of ‘Romy and Michele’] shows that women still want to be girly and feminine and pretty. It makes them feel good.”