The Belgian-born fashionista opens up about her blog, her book and her unending quest for vintage pieces. 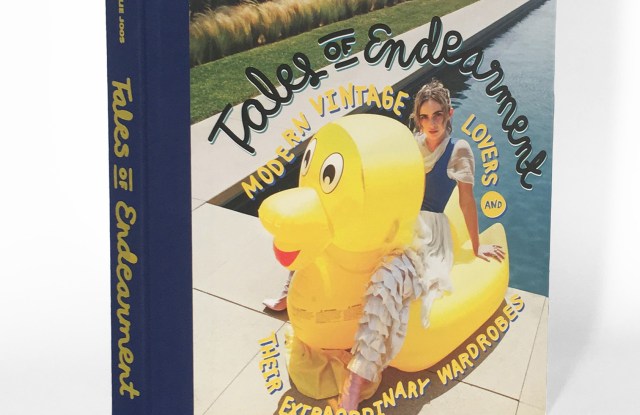 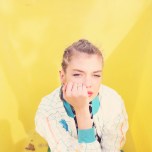 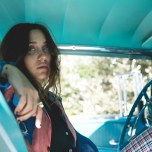 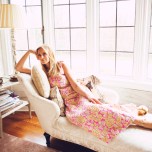 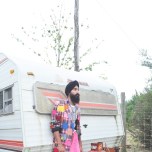 Natalie Joos loves her vintage wardrobe so much, she rents a two-bedroom apartment in Los Angeles just to avoid purging items from her closet. Excessive? Maybe, but as Joos says, she’s a “collector, not a hoarder.” And a collector needs space for her…acquisitions.

Formerly the personal assistant of the late writer and editor Glenn O’Brien, Belgian-born Joos started her fashion blog, Tales of Endearment, in 2010. She was approached by publishers in 2012 to turn the blog into a book, but it wasn’t until two years later, when she had an enlightening talk with Nina Garcia at an Alexander Wang show, that Joos felt she should actually follow through with it.

Named after her blog, Joos’ debut book is a collection of stories and photographs — taken by Joos — of 58 vintage lovers from all over the world. “Sometimes I see people at events and I’ll run up to them and be like, ‘Oh my God are you wearing vintage? Do you love vintage?’” she says. “They’ll be on my radar somehow. It’s usually people that I choose.” Among the chosen are Dee Hilfiger, Jesse Jo Stark, Stella Maxwell, Abigail Spencer and Waris Ahluwalia.

A seasoned vintage shopper, Joos says the key to shopping vintage is a mix of patience and imagination. “First figure out what you like,” she says. “Do you want designer stuff? Then there’s curated shops with just designer stuff. But if you are like me and you like basically everything or cheaper, you might have to go to a store that has a lot of stuff and you have to go through everything.” When she shops, she stands in front of the racks of clothes and looks at every piece. “Let the vintage come to you,” she says.

When prompted, she immediately rattles off a list of vintage shops she loves — Cannonball & Tilly in Los Angeles, 10 ft Single by Stella Dallas in Brooklyn, C. Madeleine’s in Miami. If it sounds like she shops a lot, it’s because she does. But like anyone with bills to pay, Joos, too, has her limits.

“Usually I end up with just one thing that I really love,” she says. “Right now I’m into silk Thirties dresses. So I’ve been looking for those and buying. I don’t spend a lot of money. I don’t pay more than $200 for a dress. I try not to. I don’t care about designers, I just care about how it looks on me and if I feel good in it.”

Joos’ book is out on Nov. 21. She’ll celebrate the launch with a gathering at Artist & Fleas SoHo on Dec. 6., where she’ll be signing copies and giving a talk. She’ll also be photographing the best-dressed attendees — perhaps to be included in book number two.