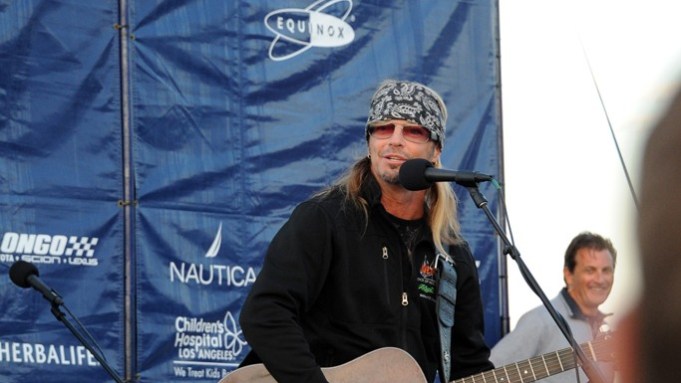 The stars came out in force for the Nautica Malibu Triathlon in Malibu, Calif., last weekend.

From Jon Cryer of “Two and a Half Men” — who managed to stay out of the medical tent this year after a bike crash in 2012 — to James Marsden of “30 Rock,” Geoff Stults of “The Finder,” Parker Young of “Suburgatory,” Colin Egglesfield of “The Client List” and “E News” host Jason Kennedy, the race drew a wide array of celebs willing to swim, bike and run for a good cause.

Proceeds from the event went to the Children’s Hospital Los Angeles’ Pediatric Cancer Research Program. The event raised nearly $1.1 million for the cause.

But celebrities who didn’t want to take on the race participated in other ways: Bret Michaels sang the National Anthem, and Billy Bush of “Access Hollywood” hosted the awards ceremony.