Chef Gabriel Hedlund and Mathias Kaer are behind the restaurant. 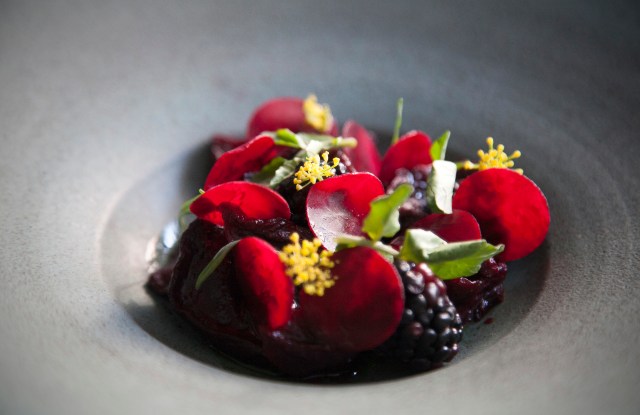 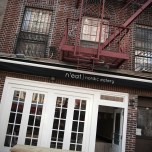 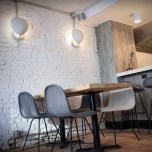 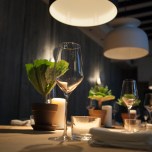 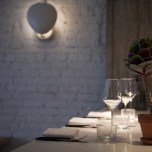 There’s a new Nordic eatery in town. N’eat has opened in the East Village, joining the coalition of New York restaurants serving Scandinavian fare — Agern, Aquavit, Aska — but taking a more casual approach to the cuisine.

“I saw there was a little bit the beginning of a Nordic wave coming, but only fine dining, Michelin-starred restaurants,” remarked co-owner Mathias Kaer, who relocated to the states a year and a half ago in search of some “fresh air.” He credits Copenhagen’s Noma, currently closed, for the recent influx of interest in Scandinavian food and culture. “It started five six years ago with Noma being the world’s best restaurant,” he explained. “With a cuisine that was so new, that nobody had heard about before.”

Kaer found a chef partner for his first New York restaurant in Gabriel Hedlund, whom he met a few years back while they were both working in Copenhagen. Hedlund, who’s been in New York since December 2015, crafted the menu at N’eat to showcase his native region’s cuisine, marked by fresh flavors and high acidity and minerality. Fifteen dishes are offered a la carte, featuring vegetables, seafood and meats, which encompass techniques such as pickling, brining and smoking. The restaurant is mostly using local ingredients, with the network of fellow Scandinavian chefs in the city acting as a guide to the local food vendors. The only ingredient Hedlund mentioned a lack of Stateside was cheese. “You’re not so good at the cheese over here, I’m afraid,” he said.

N’eat is situated in a cozy, minimalist space along Second Avenue in the East Village. “I think it’s a really good neighborhood, it’s super cool,” Kaer said of the location. “The thing we’re doing here is so informal, and the idea is that it’s not necessarily a destination restaurant, it’s more a neighborhood restaurant.” Kaer came across the space in its former iteration, when it was decked in dark cherry wood and leather banquets. They did a gut renovation to transform the room to be simple and very Nordic. The room is swathed in light wooden elements, white-washed wooden walls and gray-toned Danish furniture. The front dining room features a chef’s counter, and the back dining area, encased in glass, puts the restaurant’s wine cellar on display in a jewel-box setting overlooking a courtyard.

Kaer and Hedlund are optimistic that pairing Michelin-level food details with a welcoming environment will be a winning combination for the downtown neighborhood, which has no shortage of dining alternatives.

“It’s definitely more pressure because there’s a lot of good restaurants here, a lot of good chefs,” Hedlund said, reflecting on the unique pressure of cooking in New York. “But, there are also a lot of people who are eating all of the time.”