The exhibit is intended to launch the new Tiffany & Co. Foundation Gallery at the museum. 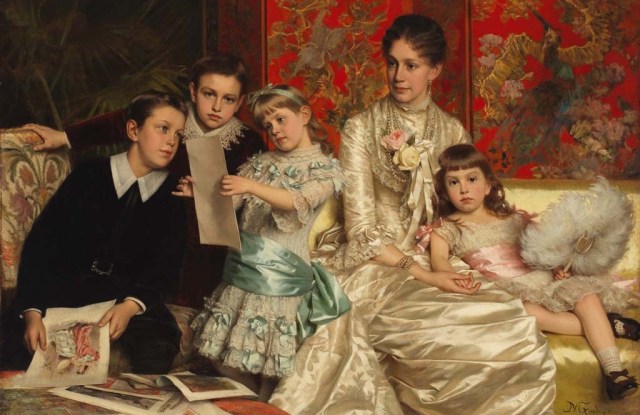 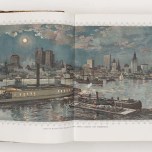 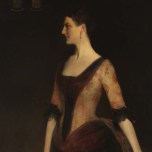 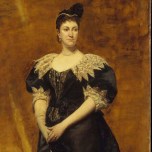 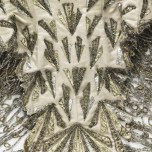 New York at the end of the 19th century was a wonderful, vibrant place — especially for the very rich. The economy had taken off like a bottle rocket since the beginning of the Civil War, and there was no income tax. Leading industrialists vied with one another to load their wives with glittering jewels and to create the most sumptuous mansions, giving rise to the epithet for the era, The Gilded Age. The opening of the Metropolitan Museum and of the new Metropolitan Opera, both uptown, in, respectively, 1880 and 1883, were signal cultural moments. The new Brooklyn Bridge, finished in 1893, helped make New York one city, and the big town was consolidated in 1898.

Now a new book, “Gilded New York: Design, Fashion and Society” edited by Donald Albrecht and Jeannine Falino (Museum of the City of New York/The Monacelli Press), examines this period. It coordinates with an exhibit of the same name at the Museum of the City of New York that is intended to launch the new Tiffany & Co. Foundation Gallery at the museum, which will open today.

Contributor Phyllis Magidson points out that the lush, elaborate clothes of the day were too complicated for women to put on themselves. “They looked like characters out of Henry James,” she says. The museum has a treasure trove of the gloves they habitually wore.

As the book and the exhibition tell it, New York society in the Gilded Age was partly defined by its balls, particularly three costume balls: the Vanderbilt party, which was held on March 26, 1883 and had no particular theme; the Bradley-Martin bash on Feb. 10, 1897, which called for costumes for court balls and functions from the 16th through 18th centuries, and the James Hazen Hyde get-together, held on Jan. 31, 1905, which had a Court of Versailles motif. The Metropolitan Opera orchestra played, and Rejane recited a play. The first of this trio of events went off without a hitch and was handled with interest and respect in the press. The other two, however, created huge controversies and effectively torpedoed the social — and other — careers of their hosts. Why?

Albrecht suggests that one reason is that the public was allowed to get close to the Vanderbilt ball, seeing the guests as they entered and examining their costumes (much as patrons would later do with movie stars’ outfits at film premieres). Apparently, rather than causing them to resent the glamorous, elegant life they observed, it made them feel included. There was a special narrative to the Vanderbilt ball, which people were aware of — it marked the first time that the new-money Vanderbilt clan was welcomed by the old-money Establishment in the form of Caroline Astor, who had to call on Alva, Mrs. William K. Vanderbilt, to get an invitation. In addition, the Vanderbilt ball was held in a private house — the Vanderbilts’ — whereas the other two were held at public places. Bradley and Cornelia Bradley-Martin made a particular effort, in fact, to keep the public from seeing the preparations for their party, erecting barricades to block views and having the Waldorf hotel where it was held guarded. There was an economic depression going on, caused by the Panic of 1893, and the Bradley-Martins gave lip service to the idea that the ball would create badly needed jobs — an argument that no one bought.

“They were employing milliners and jewelers,” says Albrecht. “It was an opportunity to show off rich accoutrements.” The press went on the attack, The New York Times pointing out that only 600 or 700 of the 1,200 invited guests attended, and making fun of the way male guests looked wearing tights and searching for their carriages in the small hours. Others compared the fete to those at the court of Louis XV. One result of the ball was that the Bradley-Martins’ real estate taxes were raised.

Hyde, for his part, got into hot water when the other principals of the Equitable Insurance Company, which he was running, suggested that such an ostentatious entertainment was inappropriate for someone in his position, and alleged that he had used stockholders’ money to pay for the ball, which was held at Sherry’s and was estimated to cost $200,000. He hadn’t, but for Hyde — who had inherited a huge chunk of stock and his position from his father, the firm’s founder — the damage was done. The fact that the men accusing him were hardly models of probity themselves — and were all eager to seize control of the company — didn’t matter. The Bradley-Martins went to London, where their daughter, a dollar princess, had married an English lord and was now the Countess of Craven. Hyde was pushed out of his company and spent the rest of his life abroad. An investigation into practices at his firm led to insurance laws that are still in effect today.

The Museum of the City of New York has a number of items that are associated with the events. Among them is the most famous of the costumes, the Electric Light dress worn by Alice Vanderbilt at the first ball, which took place a few months after Thomas Edison opened the first electrical substation on Pearl Street in Manhattan, partly backed by the Vanderbilts.

Albrecht and Falino come up with a number of other intriguing details. Sumptuous jewelry was all the rage, but George Frederick Kunz thought that there were too many diamonds and pearls about, so he began to promote colored stones with special exhibitions. After the French crown jewels that had been worn by the Empress Eugénie were auctioned, many of them made their way to New York.

Then there was mansion mania. It was clear that, for the very rich, simple brownstones would no longer do. Vanderbilt houses marched up Fifth Avenue, while John Jacob Astor IV and his mother, Mrs. William Backhouse Astor Jr., had a châteaulike double house with a double-height ballroom hung with paintings, and Henry G. Marquand had a three-house grouping that combined French Gothic and Renaissance elements. Probably the biggest house was built by copper magnate William Clark; it was believed to have cost a then-astronomical $7 million and featured its own art gallery, a belvedere and steeple. It was torn down in 1927, after only 16 years. “Empty Mansions,” a book about the strange life of Clark’s reclusive daughter Huguette, who spent her time playing with dolls and designing environments for them and lived to be almost 105, was recently on The New York Times bestseller list. This extraordinary era is closer to us than we think.