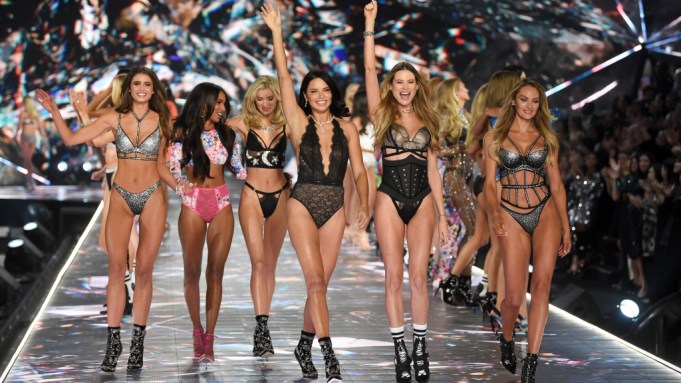 July 2022 will see the release of several new documentaries on Netflix, Hulu, HBO Max and other streaming services, focusing on a wide range of topics.

On Netflix, viewers will find “D.B. Cooper: Where Are You?!,” which takes a look at the mysterious case of the anonymous man who hijacked a Northwest Airlines passenger jet in November 1971 and escaped with $200,000. The streaming service is also releasing “How to Change Your Mind,” which delves into the history and possible health-benefiting uses of illegal substances.

Hulu is taking an in-depth look at Black maternal health care with “Aftershock,” a documentary film that follows two families that lost loved ones due to what they believed to be medical negligence.

Here, WWD rounds up 10 new documentaries and docuseries to watch on Netflix, Hulu, HBO Max and more streaming services in July 2022. Read on for more.

“America the Beautiful”
Stream on Disney+ on July 4

Narrated by actor Michael B. Jordan, “America the Beautiful” gives a scenic overview of the U.S.’ natural landscape and its animals from coast to coast.

“The Anarchists”
Stream on HBO Max on July 10

The six-part docuseries, “The Anarchists,” tells the story of Jeff Berwick, a Canadian entrepreneur who launched a conference in Acapulco, Mexico, to promote anarchy, which drew in a group of libertarians, fugitives and families looking to “unschool” their children.

“How to Change Your Mind”
Stream on Netflix on July 12

This four-part docuseries “How to Change Your Mind” focuses on four different mind-altering substances — LSD, psilocybin, MDMA and mescaline — delving into their history and exploring the possibility of their healing capabilities.

“Edge of Earth”
Stream on HBO Max on July 12

The “Edge of Earth” docuseries follows four groups of athletes on never-before-accomplished missions that test their strength and abilities.

This four-part series, “D.B. Cooper: Where Are You?!” takes a look at the mysterious case of D.B. Cooper, the anonymous man who hijacked a Northwest Airlines passenger jet in November 1971 and escaped with $200,000 by skydiving off the airplane, never to be seen again.

“Victoria’s Secret: Angels and Demons”
Stream on Hulu on July 14

The three-part docuseries, “Victoria’s Secret: Angels and Demons,” tells the story of Les Wexner, the controversial former chairman of L Brands, the owner of the Victoria’s Secret brand. The docuseries delves into Wexner’s close friendship and business partnership with the late convicted sex offender, Jeffrey Epstein, and how it tied into his oversight of the lingerie brand.

“The Day the Music Died: The Story of Don McLean’s ‘American Pie’”
Stream on Paramount+ on July 19

The documentary “The Day the Music Died: The Story of Don McLean’s ‘American Pie'” will give a behind-the-scenes look at the iconic “American Pie” song and the people who were involved in its creation.

“Aftershock”
Stream on Hulu on July 19

“Aftershock” tells the story of two Black families who experienced a loved one dying from what they believed to be medical negligence. The documentary follows the two families as they advocate for Black maternal health care through legislation, medical accountability and community.

The documentary film “NYC Point Gods” takes a look at New York City point guards and how they honed their skills on the city’s playgrounds and high school gyms in the 1980s and 1990s.

READ MORE ABOUT WHAT TO WATCH HERE:

Everything to Know About Hulu’s Victoria’s Secret Documentary: Release Date, How to Watch and More Details