New book offers insight on an island off the coast of Ireland after the first World War. 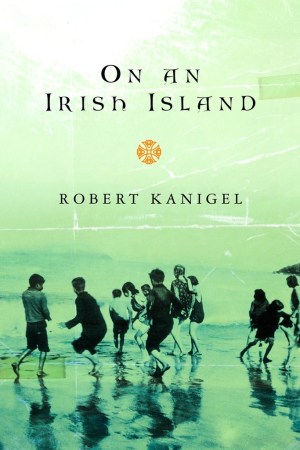 For anyone tired of reading about the impact of recent technological innovations in articles which suggest that their arrival and subsequent evolution constitute the reinvention of the wheel, it’s refreshing to read sentences like those that begin Robert Kanigel’s new book, “On an Irish Island” (Alfred A. Knopf). “Nineteen twenty-three was barely yesterday, a lot like today,” he writes. “People lived in suburbs and commuted to work. They traveled by tram and subway. They drove automobiles.…Vaccines, flush toilets, best-seller lists, billboards, cameras and power lines were part of their lives. Their memories were fresh with visions of a war that killed with industrial efficiency. Telegrams, telephones, newsreels, and radios had shrunk the world.”

The book is about Great Blasket, an island off the west coast of Ireland, where, in the early Twenties, Gaelic — already disappearing in the rest of the country — was still spoken and where 150 people lived in a manner which had not changed for hundreds of years, heating their houses with peat moss, raising donkeys, chickens and sheep, hunting rabbits, spinning wool, fishing and gardening. Entertainment consisted of storytelling, playing the violin and accordion and dancing.

During the Irish Renaissance, writers and scholars such as playwright John Millington Synge (“Playboy of the Western World”), who also wrote about the Aran Islands; classicist George Thomson; Robin Flowers, a poet, translator and manuscript curator; Norwegian linguist Carl Marstrander, and many folklorists became fascinated with Great Blasket and its alluringly archaic style of life. Part of the appeal: the communal way of doing things in such a small place.

Encouraged by the visitors, a remarkable number of the islanders became writers themselves, and the books they wrote in Gaelic included Peig Sayers’ autobiography, “Peig,” which, with its sequel, “An Old Woman’s Reflections,” was taught in Irish schools for years; Maurice O’Sullivan’s “Twenty Years A-Growing,” and Tomas O Criomhthain’s “Island Cross-Talk” and “The Islandman.”

Many of the visitors to the island were influenced by the Gaelic League, founded in 1893, which aimed to restore the role of Gaelic as a spoken and written language, and its members considered doing so to be critical to the establishment of an independent Ireland. “There was a lot of emphasis on a kind of romanticized pure Irish cult of the land, and a cult of pure Irish life unsullied by industrialization,” Kanigel says. “People said, ‘If you really want to hear pure Irish spoken, go out to the Blasket,’ because it was cut off from the mainland by the Blasket Sound; it was less tainted, less corrupted.” Everything, he adds, “was very oral, very spoken, and there was a powerful culture there.”

From the beginning of the 20th century, emigration began to reduce the population of Great Blasket. The idea of leaving was particularly appealing to young women, who could have a much easier life in other parts of Ireland or in the U.S., and their departure reduced the number of available brides. In the Forties, after the death of a young man from meningitis during a time when the sea was too rough to travel to the mainland for help, and an extended period in which fishing was impossible for the same reason, there began to be talk of relocating the remaining villagers. In 1953, the last residents left for the mainland. The island remains uninhabited.

Kanigel, 65, has written six other books, including “The Man Who Knew Infinity: A Life of the Genius Ramanujan” (1991), “The One Best Way: Frederick Winslow Taylor and the Enigma of Efficiency” (1997) and “High Season: How One French Riviera Town Has Seduced Travelers for Two Thousand Years” (2002), which is about Nice. He spent 12 years at M.I.T., setting up and running a program in science writing. Now, Kanigel has moved to Baltimore with his wife, Sarah Merrow, who writes poetry and owns Syrinx Flute Repair, which fixes concert-quality flutes. He is beginning to work on his next book, which is about the late writer and activist Jane Jacobs. Jacobs, he points out, is about more than her well-known,“The Life and Death of Great American Cities.” “She has something to teach the rest of us about growing old,” he says. “She put on a life vest and went down whitewater rapids in a little rubber dinghy when she must have been 83 or 84.”

While his books are about very different subjects, Kanigel notes, there is a common thread. “How the hell did this happen, so that we’re living in this highly speeded up, sometimes-impersonal-feeling world?” he asks.