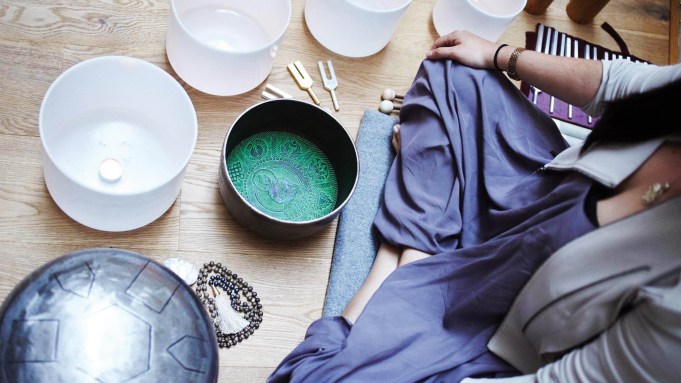 Yes, it’s fashion week, and there are clothes to be seen — but what’s one to do when in need of respite from the action? Here, WWD breaks down where to grab a bite between shows, the exhibit for which to carve out an hour and how to unwind from it all — not to mention the schedule changes that require a watchful eye. And for the after-hours set? Following a long day of show-going, the truly brave will swap their curated street-style getups for party heels and head out on the town. When the shows wrap each day, the race is just getting started.

● Where does one go to digest a day of Yeezy? Those not at Tom Ford’s private cocktail, dinner and show will head to Cartier to kick off the week’s party scene, where the brand will celebrate the opening of the yearslong renovation of its Fifth Avenue mansion. Catherine Zeta-Jones, Rooney Mara and Sofia Coppola are expected to mingle among the jewels.

● Before the show schedule really picks up, pop by the Leslie-Lohman Museum for Gay and Lesbian Art’s Prince Street Project Space, which has partnered with El Museo for a collaborative pop-up exhibit, “Antonio Lopez: A Photo Cocktail Party.” The showing, which runs from Friday to Sunday, is a contemporary remake of a 1979 art installation run by Lopez and his partner Juan Ramos, where they took Polaroids of partygoers and installed them immediately on the walls. The El Museo homage will re-create this experience and will showcase the original Polaroids as well. What better way to prepare for a week of bashes than by exploring the art form of the New York party?

● Thursday evening, Vogue will host a cocktail for the opening of the downtown Saks Fifth Avenue at Brookfield Place. The likes of Joseph Altuzarra, Paul Andrew, Derek Lam and Jason Wu are set to swing by for a glass of Champagne to chase away jitters for their shows ahead.

● After the first cocktail downtown, revelers will flock up to the Meatpacking District for Jimmy Choo’s 20th-anniversary party. Models and stiletto diehards will get to watch a performance by Mary J. Blige and a DJ set by Off-White’s Virgil Abloh.

● Tommy Hilfiger ditches the seated show for a “Tommy Pier,” an evening carnival at Pier 16 where he’ll show his Tommy x Gigi collection and will treat attendees to a 40-foot Ferris wheel and stands of cotton candy, pretzels and doughnuts. Sounds like a definite Instagram moment.

● Also on Friday, Jason Wu will toast the opening of his boutique at Saks with a dinner before it’s time to change into black tie in the car and head to Harper’s Bazaar’s annual “Icons” party at the Plaza. Kanye West will perform for much of the Kardashian-Jenner clan, along with Insta-models and editors alike.

● If Brooklyn is more your scene, on Friday, Williamsburg’s William Vale hotel opens its rooftop bar, Westlight, that day. The 22nd floor bar, from Andrew Carmellini, features indoor and outdoor seating and will serve handcrafted cocktails and bites like duck carnitas tacos.

● Wrap dress fans be alert: Diane von Furstenberg has switched from her usual Sunday show time to a Saturday morning presentation for the first Jonathan Saunders-helmed collection for the brand.

● Those still recovering from Bazaar “Icons” will have to rally: It’s Alexander Wang’s night, and he’s set to serve up his signature mix of high-low for his raucous after party.

● What to do when you need to unwind from it all? A favorite of the more zenned-out L.A. folk, sound baths have been making their way east over the past few years and have caught on recently with the fashion set. The meditative concert treatments are popping up at various studios over the weekend, including at Sky Ting Yoga, Twisted Trunk Yoga and Breathe Salt Rooms. Classes promise to reduce stress, open creativity and ease physical tension. Sounds like a midfashion week reprieve if we’ve ever heard one.

● Sunday night supper is served via Barneys New York as the retailer hosts a private dinner downtown for Ben Taverniti and the launch of Unravel.

● Come Monday night, it’s a battle of the magazine bashes: W will take to the International Center of Photography for its The Shot party, while Town & Country will wine and dine society swans uptown in a toasting of the title’s “50 Modern Swans,” hosted with Bulgari at The Carlyle.

● Surge price stress be gone — editors have been testing out Uber-competitor Juno since its launch this spring, and the app will no doubt be in play come fashion week. Developed by messaging app Viber cofounder Talmon Marco, Juno aims to court Uber and Lyft drivers by promising them more of the cut. For fashion week riders? When the wait time for a black car is too long, Juno might be their best bet.

● Following a busy day of shows including Vera Wang, Rodarte, Brandon Maxwell and Narciso Rodriguez, Tory Burch and Jo Malone will each host a dinner.

● After sitting through Michael Kors and Hugo Boss, don’t call it a night just yet — Ralph Lauren, usually the first course for Thursday’s schedule, will show at 7 p.m. on Wednesday night instead.

● With Ralph shifting and Calvin Klein opting for a presentation before the arrival of Raf Simons as creative director next season, Marc Jacobs will abandon his usual 6 p.m. Park Avenue Armory slot for 2 p.m. at the Hammerstein Ballroom.

● Filling the void left by Marc in nightcapping NYFW, Hermès will host an evening party for the launch of its latest fragrance, Gallop — a fitting way to transition into the three weeks of European brands that lie ahead.