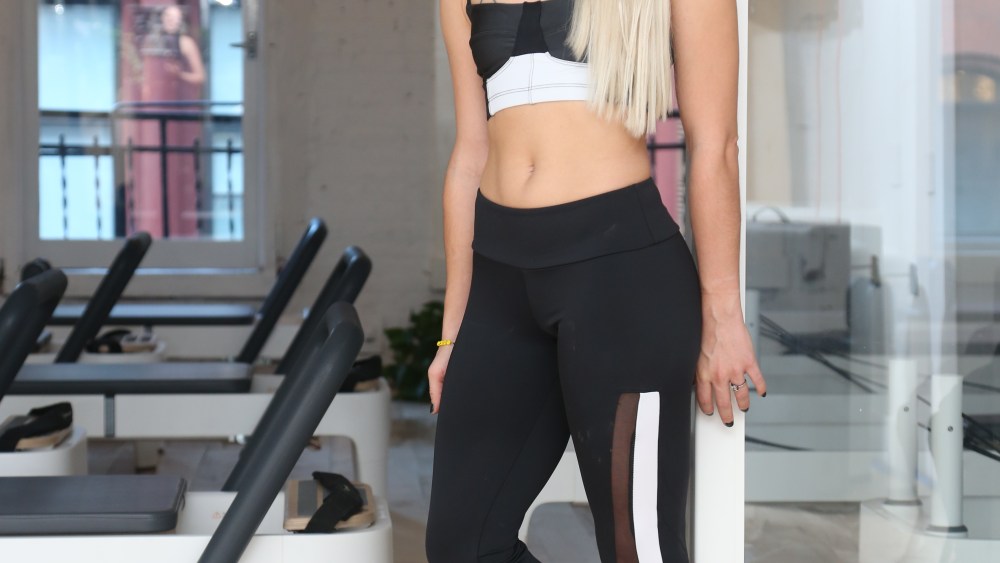 Former dancer Heather Andersen opened her original outpost of New York Pilates in 2013, after years of using the practice to work through various injuries. “Pilates was part of my general training all through my teens, it was a way for me to stay in shape without exacerbating my injury,” she said.

The 30-year-old professionally performed with Ballet Oklahoma (she’s a Sooner State native) and Polaris in Portland, after training with Steps and the American Ballet Theatre’s summer program in New York, all the while teaching pilates on the side. “After seeing how rewarding it was working with clients and seeing people’s bodies change, I decided to get trained. And the rest is history,” she said.

Petite and ice-blonde, Andersen is maybe the best endorsement for her expanding business — she just opened a second studio on Howard Street in New York’s SoHo. “We really wanted to make something that felt beautiful and luxurious,” she said of the space. With whitewashed walls, lots of glass, and stadium seating (that doubles as storage) in the waiting area, it feels more like a spa than a place to work out.

But a workout is definitely what one gets. “The idea with pilates is that it’s conditioning work so it’s strength training that doesn’t bulk you,” said Andersen. “You don’t create large muscles; you create small, long-toned muscles and I think that idea is really what’s appealing about pilates as a type of fitness specifically for women.”

At both New York Pilates locations, there are only eight to 10 spots per class, which makes them feel more like private sessions than your typical Manhattan mat-to-mat yoga class. (Eventually they’ll offer a class every half-hour.) Many of the teachers are also former dancers, and all have spent time studying anatomy and kinesiology — Andersen herself trained at the Kane School and under Juilliard’s Irene Dowd.

“Our teachers really are movement professionals, it’s really precious to us,” she said. “For me, my entire career has been movement and I have recovered through a lot of injuries. So seeing how to work more efficiently and how even just a small adjustment can change an exercise and strengthen you or keep you from getting injured — we’re really passionate about that.”

It’s not all so serious though — with the new space, the studio has expanded its T-shirt and activewear line, and added more DJ-curated playlists from the likes of DJ Elle Dee, Brendan Fallis and Andersen’s husband Brion Isaacs. “There are good vibes, so people respond to that,” she said.