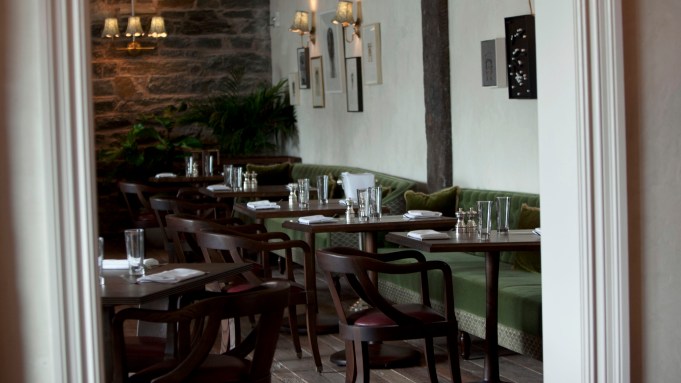 The SoHo House team is setting up shop in the DUMBO neighborhood in Brooklyn, and first up is New York’s first outpost of the international culinary hot spot Cecconi’s. The iconic Italian restaurant has been in London since 1979, with subsequent locations opening in West Hollywood, Miami, Berlin and Barcelona. The most recent location opened this spring inside The Ned hotel in London.

“I’ve been dreaming of opening up a Cecconi’s in New York, and it’s always been about finding the right site — we wanted a site where people could sit outside, look at a lovely view,” says SoHo House founder and chief executive officer Nick Jones. “We weren’t actively looking [for a location], but when DUMBO came up, we really felt that was the perfect spot for Cecconi’s.”

The restaurant is located on the ground floor of the Empire Stores warehouse, located alongside the East River near the Brooklyn Bridge Park. Membership club DUMBO House — a play on SoHo House — will open later this year on the top floor and rooftop.

“It’s immediately got a fantastic feel about it,” Jones says of the warehouse location. “I think people would travel from Manhattan the short distance over for a bowl of pasta. And the great thing about Cecconi’s as well is that you can make it whatever occasion you want it. If you want to just drop in and have a pizza you can, or a Negroni at the bar, or if you want to have a short birthday celebration here, you can. It’s a restaurant that fits to what you want to use it for.”

Known for exclusivity — SoHo House is a membership club, after all — Cecconi’s will be open to the public and Jones imagines it as a restaurant for everyone. The Italian menu is very similar to what’s on offer at other locations — lobster, spaghetti, veal Milanese and pasta made in-house. “It’s affordable, so I want people to just drop in and have a drink after work or brunch on the weekends or bring their families,” he says. “It has an everyday occasion feel about it.”

If nothing else, the view promises to be a strong selling point — the 250-seat restaurant also features outdoor dining.

“You guys are so lucky, you’ve got such a beautiful city,” Jones says. “And if you sit in Manhattan you can’t look at how beautiful Manhattan is, so you have to sit in DUMBO and have a look across.” 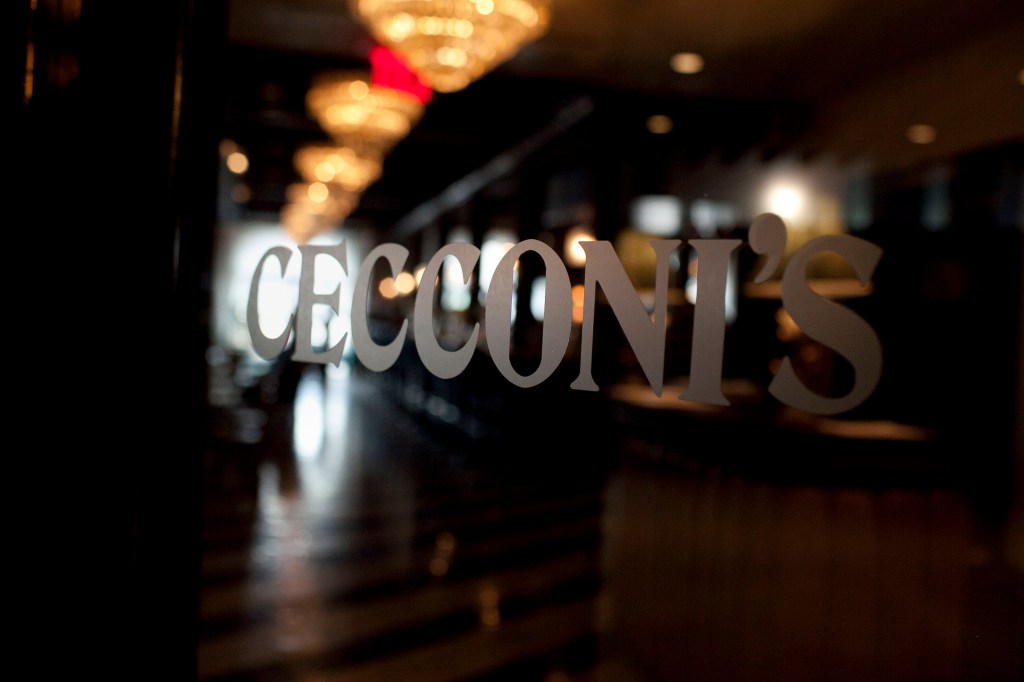