Using art as a vehicle for reparations and social justice.

As Black Lives Matter protests swell worldwide, organizations across sectors are in a moment of self-reflection. The art world is no exception.

Los Angeles-based gallery Night Gallery notes the need for transformative change, and has reinforced its commitment to social justice. This week, the gallery launched an online art benefit with the intention of supporting some of the organizations providing vital services in the current moment. The exhibition will be online through June 22.

While the gallery — and the art world at large — reflects on ways to enact systematic change and commit to ongoing work, the group show reflects a need for immediate action. Gallery founder Davida Nemeroff began individual conversations with its artists over a week ago about how the gallery can operate from a place of support while continuing to learn. Through those conversations, she decided to organize an exhibition to benefit several local and nationwide organizations. One-hundred percent of the Night Gallery’s proceeds from the show will be donated to Black Lives Matter Los Angeles, the Los Angeles Black Worker Center, the Equal Justice Initiative, Critical Resistance and the Los Angeles Action Bail Fund.

Nemeroff curated the exhibit from work in the gallery’s inventory, and while many of the pieces were created several years ago, they comment on the moment directly, subtly and by association. “It speaks to the artists we represent and the meaning and the message that each artist has always had. That was eye opening,” she says. 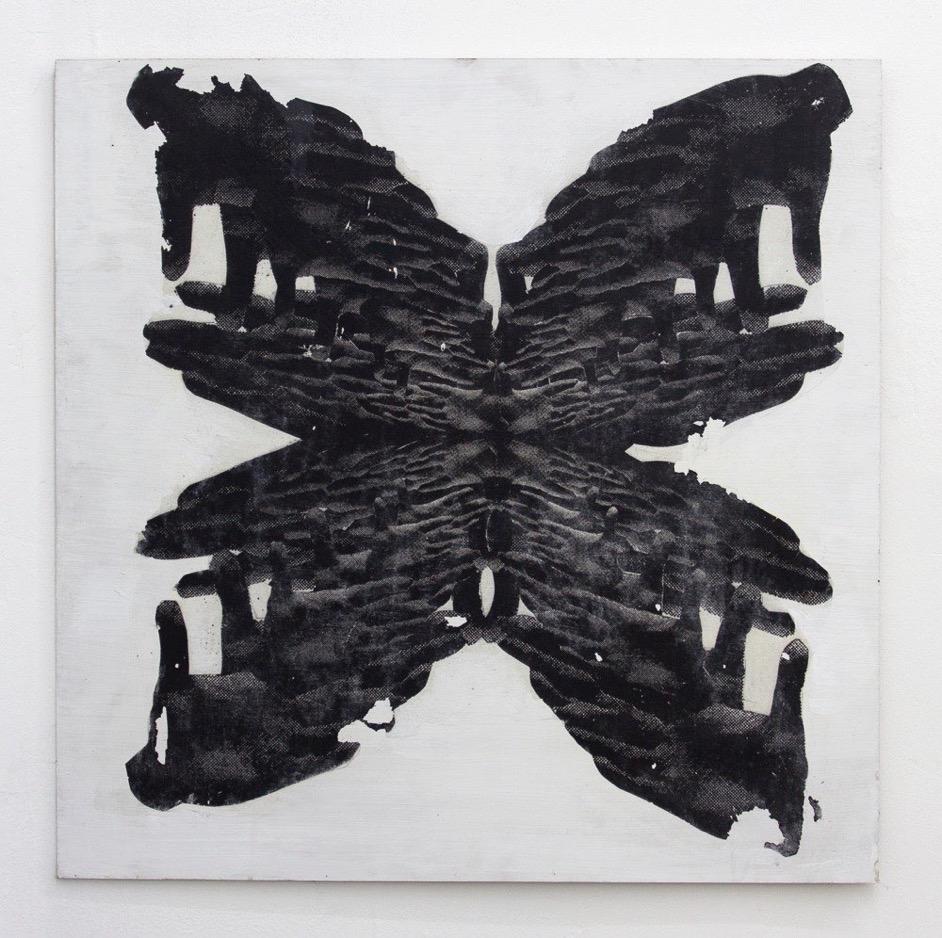 Christine Wang, who often pairs text and imagery for provocative effect (the show received the Pommery Prize for its presentation of the artists’ work during the most recent Armory Fair), references the political activist-turned-fugitive Assata Shakur in one of her works. Kandis Williams explores the duality of politics and aesthetics in relation to mainstream Black identity in his black-tone abstract collage, “Degradation: Erasure II.” There’s distinct protest imagery in Derek Boshier’s “Black Lives Matter” illustration and Mira Dancy’s “Protest Chest,” and in the overt message of Awol Erizku’s “This is a pig. He tries to control Black people.”

“It’s been amazing to see how pertinent that piece is today,” Nemeroff says. “People can really read it today, whereas in 2017 people couldn’t even look at it.”

Other artists represented in the exhibition include Han Bing, Claire Tabouret, Robert Nava, Grant Levy-Lucero, Tomashi Jackson and Marisa Takal, among others. Nemeroff hopes to donate around $50,000 as a result of sales from the show, which has so far received more inquiries than any other exhibit in the gallery’s online viewing room. 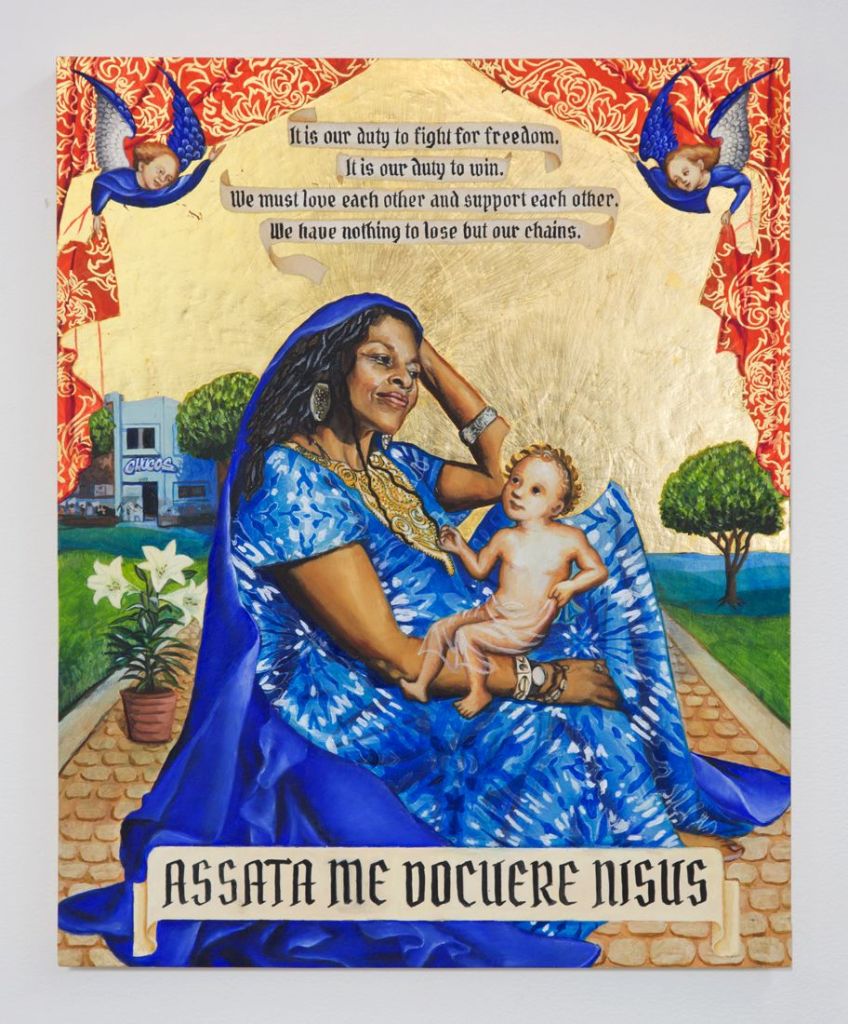 The show marks one step in a larger long-term commitment; the gallery helped raise almost $1 million for Planned Parenthood several years ago and has sponsored buses to canvas during the last mid-term elections. In addition to interrogating the gallery’s own response to issues of inequality and racial justice in the art world, Nemeroff is also interested in how the art world at large is able to lead positive change.

“The art world is complacent,” she says. “Black culture’s been appropriated in art, and we have to be more upfront about that.”

One of Nemeroff’s artists, Kandis Williams, runs Cassandra Press, which publishes and distributes with an educational activist angle. One idea being discussed is decentralizing and reclaiming Black archives tied up in the museum complex. Many museums — including the Getty and the Whitney — have prioritized acquiring work by Black artists in recent years, but that work isn’t necessarily readily accessible. Those pieces could be redistributed to Black-run institutions, or made more accessible through digital platforms — which also opens up the potential of using licensing fees for reparations.

“That’s a huge idea, and it’s going to take a mountain of work,” Nemeroff says. “It is just one of the many ideas that I’ve been introduced to and excited by in the recent conversations I’ve had.”

As Night Gallery celebrates its 10th anniversary, Nemeroff feels optimistic about the possibility for lasting change. 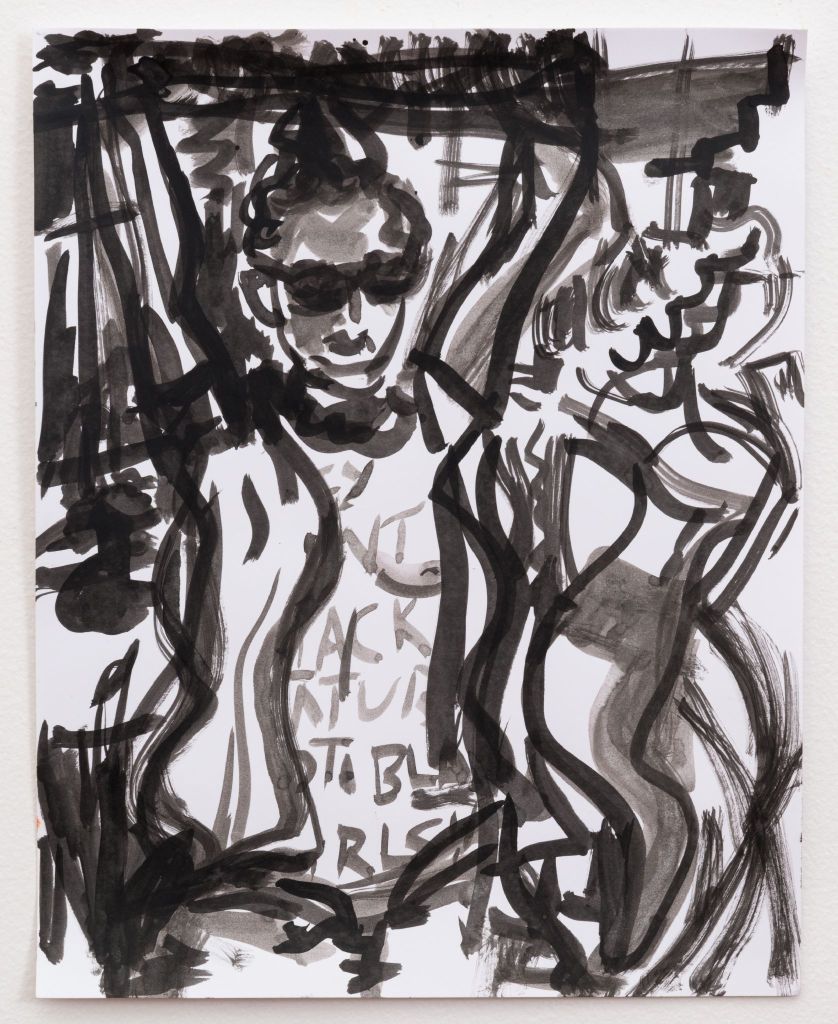 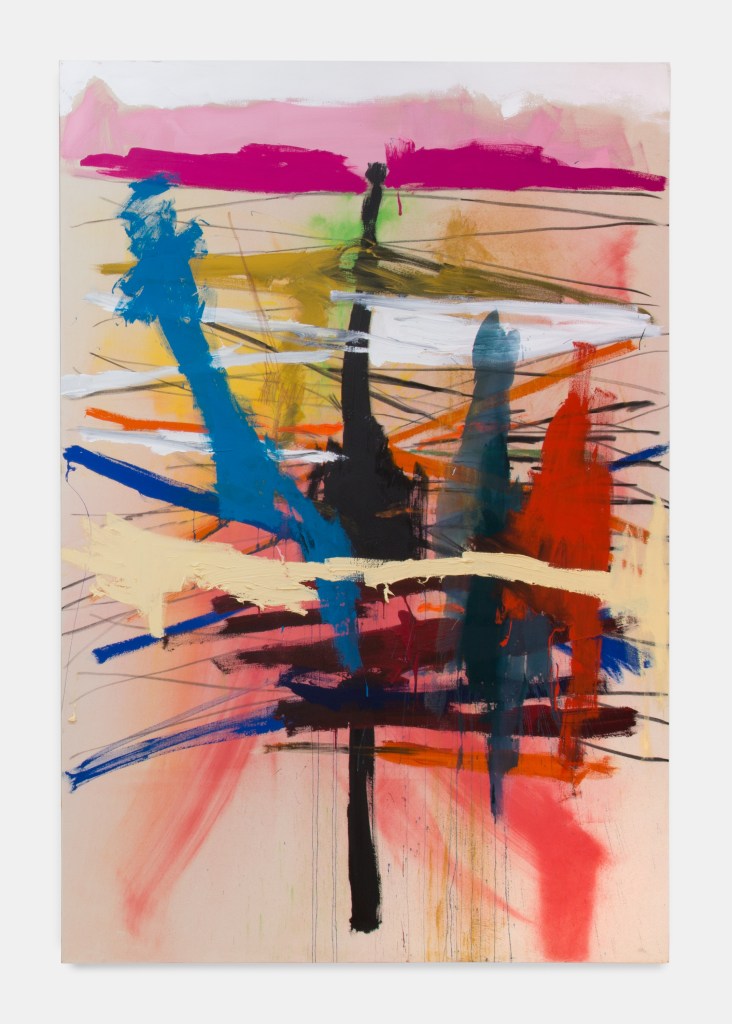