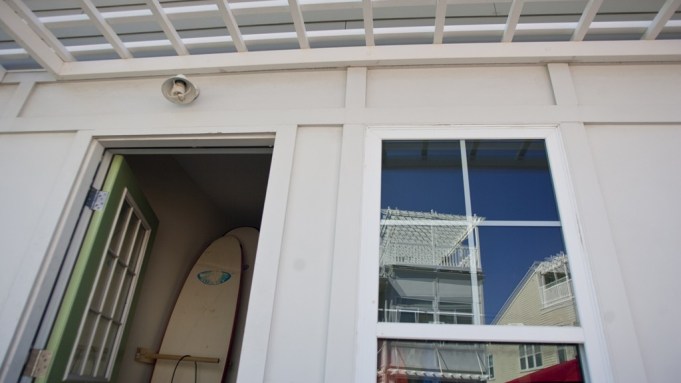 If you haven’t heard, Rockaway is the new downtown-ified promised land. Nike got in on the action, choosing the brown-ish sands of Queens as the outpost for its East Coast summer action sport initiative, which focused on surf and skate this season.

Under the branding banner Rockaway 11, Nike 6.0, as the company’s action sports arm is known, rented a house at 6906 Beach Front Road, which was open to the public between Aug. 3 and 14 to coincide, at least partially, with the Nike US Open of Surfing that ran from July 30 to Aug. 7 in Huntington Beach, Calif. Anyone could stop by the Rockaway bungalow, have a Coors Light, use the bathroom, watch a movie or just sit in an air-conditioned space, gratis. Other community-driven programs included refurbishing a skate park that had fallen into disrepair at 90th Street, and offering what was called Dawn Patrol, a 6 a.m. free shuttle service for city-bound surfers from the Nike Stadium store on Bowery out to Rockaway, returning them promptly at 9 a.m. in time for work.

On Aug. 11 and 13, Nike hosted events at the house where editors were given previews of the new collections — the latest Air Force 1-inspired snowboarding boots and ski jackets, and the new Legacy bikini and boardshorts and a collaboration with Steven Alan for spring swim that will launch April 1, 2012. (Photos of the latter were prohibited due to an embargo, but plaid bikinis were involved.)

After that, it was into the water for surf lessons with pro Matt Keenan, which was entertaining to say the least.