Nine New Eateries, Shops and Sights for the New Year in London

From sustainable fashion to men’s wear to mind games, London is welcoming 2020 in style.

By Phoebe Master and Michella Oré on January 3, 2020

London is serving up a host of new eateries, shops and sights that are sure to send heads — and hearts — spinning in the New Year. The country’s impending exit from the European Union hasn’t dampened its passion for European food and fashion, and has only fueled its desire to seek inspiration beyond the island’s borders. Here, nine places to add to your must-visit list this month: 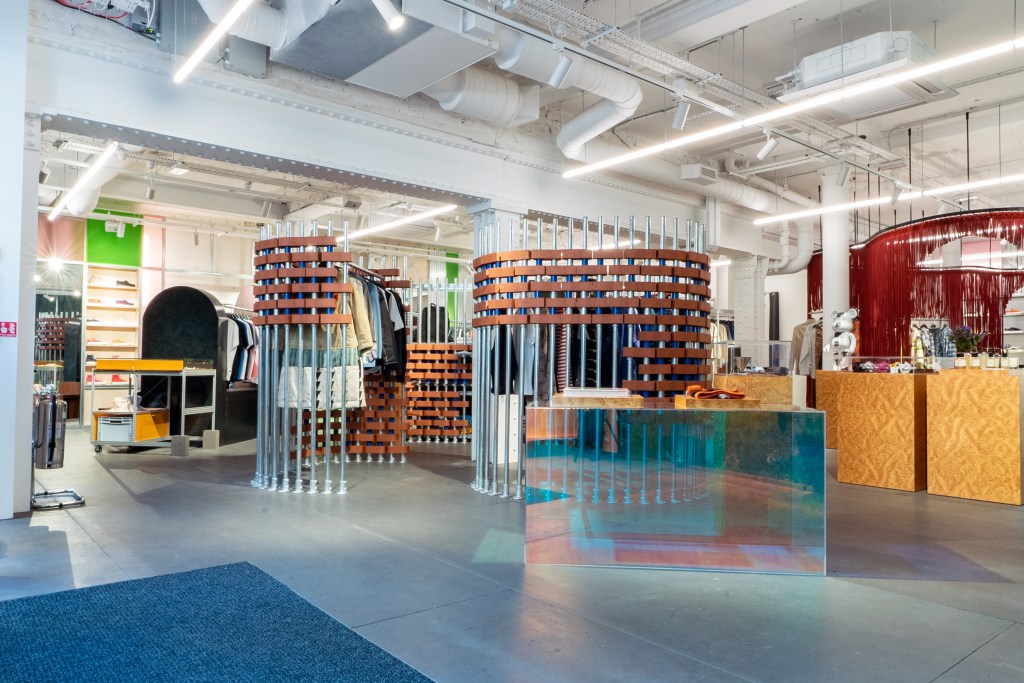 • For a taste of the sea — in the sky — head to Seabird, which has opened on the rooftop of the Hoxton hotel at 40 Blackfriars Road in Southwark. Influenced by Spanish and Portuguese cuisine, it offers a vast array of oysters, along with panoramic views of the city. Dishes include sea bream crudo, black olive tapenade with pepper tartare and romesco, and Iberico pork presa. The cocktail menu is also impressive, with one refresher called Toucan Do It, a mix of spicy tequila, mango and cinnamon.

• As part of a snowballing retail trend to sell the old alongside the new, the luxury re-commerce brand Re-See has partnered exclusively with Harvey Nichols Knightsbridge to offer rare vintage finds. The Re-See x Harvey Nichols corner offers a range of pre-owned clothing and accessories including Hermès bags, pieces from Phoebe Philo’s Céline and Tom Ford’s Gucci. Prices start from 220 pounds. 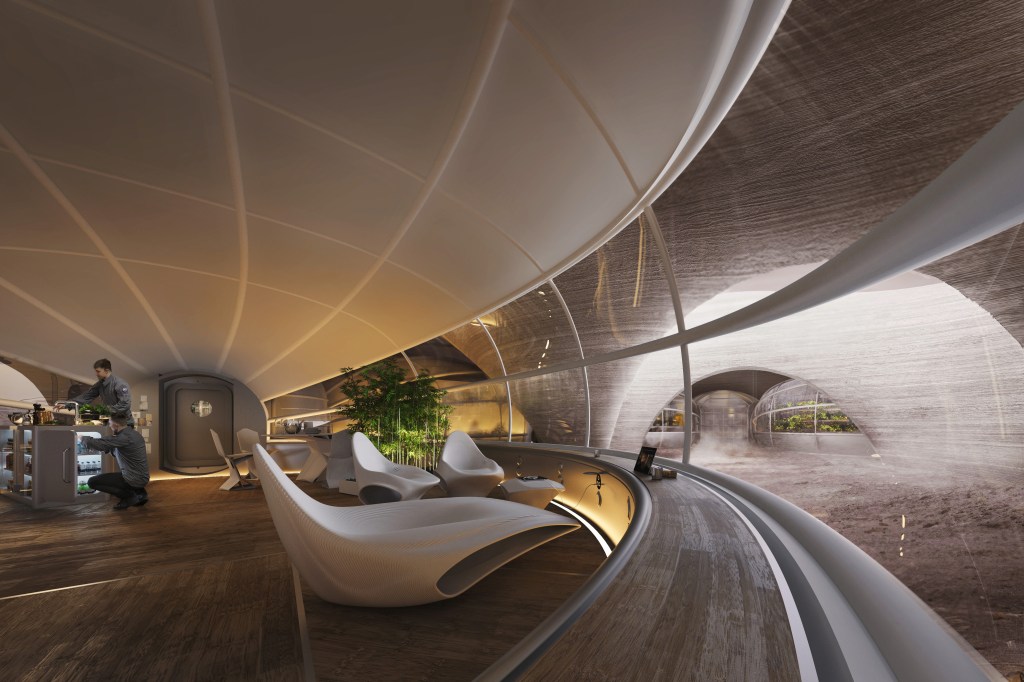 • Brexit hasn’t happened yet, but for the Design Museum it’s already old news. The museum has been looking beyond the European Union — and beyond Planet Earth — with its “Moving to Mars” show. NASA, the European Space Agency and SpaceX have contributed around 200 items and visitors are able to examine the ExoMars rover before it travels to the Red Planet later this year. They’ll also learn about the evolution of space gear, while being challenged to think about how a zero-waste lifestyle could be possible on Earth. Fashion enthusiasts will also have the chance to see British designer Christopher Raeburn’s collection inspired by the fourth planet from the Sun.

• Folie, at 37 Golden Square in Soho, offers up French Riviera flavors, with dishes inspired by Marseille, Portofino and St. Tropez. The chestnut brown, blue, green and pale pink interiors take their cues from the Mediterranean coastline, while the low, warm lights and shiny fixtures recall the glamour of Saint-Germain-des-Près of the Sixties and Seventies. Dishes include sea bream crudo, charcoal roasted octopus and braised porchetta. 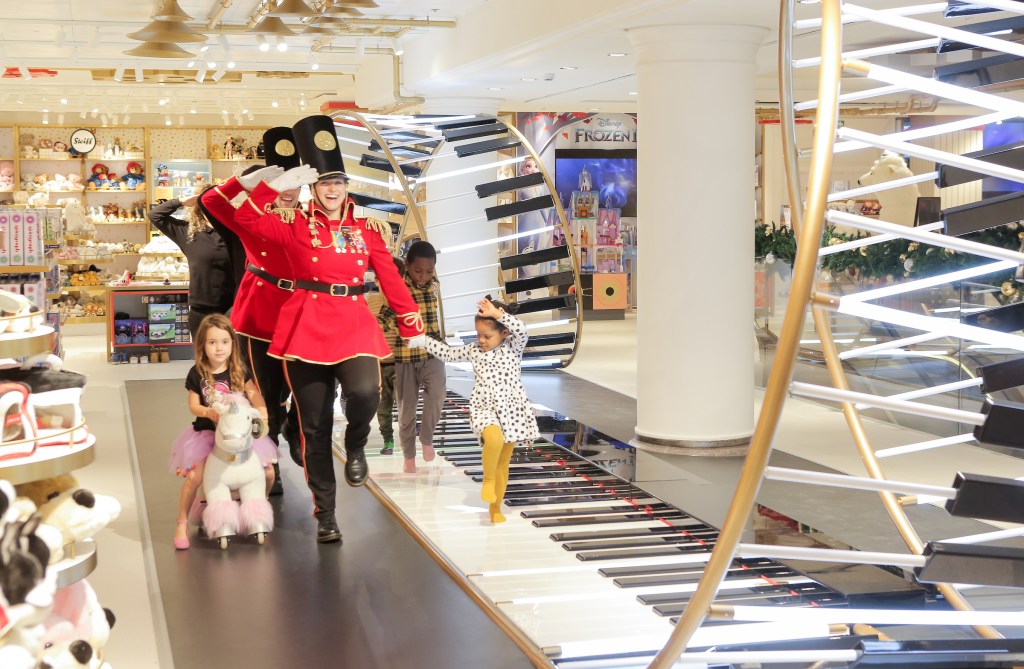 • When FAO Schwarz opened its first European outpost at Selfridges a few months ago, the 22,000-square-foot space took play to a whole new level. The American toy giant took over the fourth floor of the British department store with signatures including the clock tower and the dance-on piano, made famous in the 1988 film “Big.” The new space is also tech savvy, with digital display screens along the floor, and enthusiastic staff who are happy to demonstrate how to get the consistency of slime just right.

• Anyone obsessed with games should not miss “Alighiero Boetti: Decoding His Universe, Works on Paper (1968-91)” at Tornabuoni Art on 46 Albemarle Street. The gallery is wall-to-wall with colorful works by the Italian artist known for embedding codes, brain-teasers and mathematical themes into his colorful canvases. A short stroll through the gallery should fire up left brains and right brains alike — with zero tech and lots of handwriting, stencils, geometric patterns and coded messages all meant to be cracked.

• For those with deep pockets — and a love of scoping out celebrities — London has a whole new host of fine dining establishments. They include Amazónico in Berkeley Square; Lucky Cat by Gordon Ramsay, and The Betterment at the Biltmore Mayfair, whose chef is Jason Atherton, a former Ramsay protégé. Celebrity magnet Julie’s in Holland Park reopened last year in time for its 50th anniversary, and its chef-patron Shay Cooper, previously of The Goring hotel in Victoria, has been winning great reviews. Last month, Claridge’s unveiled Daniel Humm’s Davies and Brook restaurant, although tables will be hard to come by. The Connaught Grill will reopen on Jan. 14, so those swinging back through London after the men’s shows end, take note. 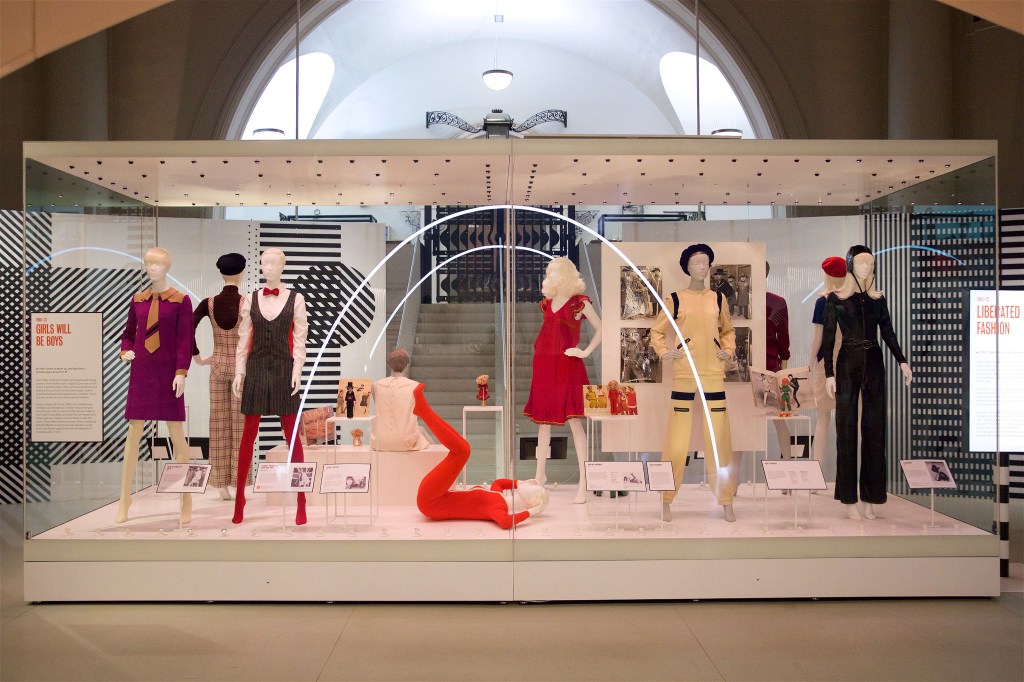 The Mary Quant exhibit at the Victoria and Albert Museum.  Adam Duke/WWD

• Catch final sight of those famous miniskirts, shiny accessories and bright tights on display at the Mary Quant show at the V&A. Running until February, the museum has captured the British designer’s joyous spirit and democratic take on fashion, stocking this show with the pieces that became the uniform of liberated woman of the late Sixties and Seventies. More than 200 pieces, including previously unseen ones from Quant’s personal archive, are on display. Fun fact: While the designer is often credited with putting mini skirts on the map, she is also responsible for makeup innovations, such as waterproof mascara.