The first Scandinavian cuisine project in Italy is located in Aosta, a small mountain city in the Val d’Aosta region, at the foot of the Italian Alps. 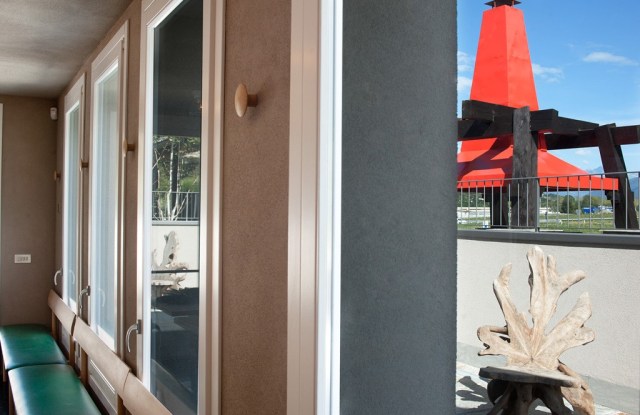 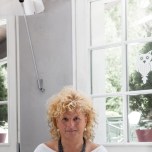 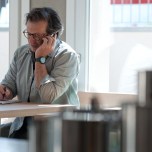 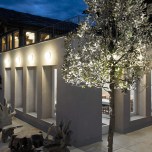 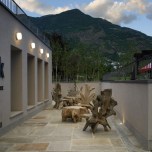 Fashion entrepreneur Giuliana Rosset is used to ground-breaking challenges, and Björk, the first Scandinavian-cuisine project in Italy, is no exception. Not only is the new watering hole the first Swedish brasserie to open in the country, but it is located in Aosta, a small mountain city in the Val d’Aosta region, at the foot of the Italian Alps, rather than in a bustling metropolis.

Björk, whose name means birch and has nothing to do with the celebrated Icelandic songstress, is the sequel to an adventure that took off when Rosset, the founder of high-performing ski and sportswear brand Napapijri, sold the company to VF Corp. in 2004 to pursue a longtime dream — purchasing an estate in Tuscany, 20 hectares in the heart of Chianti, where she produces olive oils and wines. With Björk, whose success turned out to be “beyond expectations, I wanted to experiment with my passion for northern Europe, ” said Rosset. A similar venue will open in the heart of Milan within the first six months of 2013.

Riding the culinary wave that has consecrated Scandinavian cuisine as the hot new food epicenter (next year’s World Food Travel Summit will be aptly held in Gothenburg, Sweden), Björk interprets the Nordic gastronomic tenets in a simple yet experimental manner thanks to chef Mattias Sjöblom, 29, who tempers the stronger flavors for a more Mediterranean palette. His menu, in fact, brims with tastes that evoke the forests, icy lakes and wastelands of northern European land through drying, smoking, salting and other artisanal techniques.

“My cuisine is best described as new Nordic with food that is good, clean and fair for both people and the environment and cooked in the old ways,” notes Sjöblom, who sports foie gras tattoos on his fingers.

As Rosset puts it, many of the flavors are “memorable” and cites the most popular dish — salmon marinated in dill and served with steamed potatoes and a light mustard sauce — as an example.

“The fish and meat are cooked very slowly in order to absorb all the flavors,” says Rosset.

Besides the traditional smorgasbord buffet meal, other plates to indulge in include 11 variations on herring, which can be marinated, smoked, in sauce, raw or cooked; delicately and naturally smoked meats and fish; freshwater lake prawns, and crispy, sweet vegetables served with chives, ginger root, rhubarb and the Arctic raspberry. The most hard-to-resist dessert is the Nyponsoppa, or warm canine rose syrup cradled on crumble pastry and served with ice cream.

Designed by architect Nicola Quadri, a precursor and estimator of Scandinavian interior design since the Nineties, Björk is housed inside the Hotel Village, a property of the Rosset family, surrounded by lush and towering pine trees and beech wood.

“We poured a lot of research in this project because we wanted a high degree of experimentation without turning to ‘wow’ design pieces, but opting for softer and more discreet freestanding ones for connoisseurs,” said Quadri. To wit, his Fifties and Sixties focus spotlights wenge wood and green leather seats by Torsten Thorup and Claus Bonderup, a brass and milky glass chandelier by Vilhelm Lauritzen and rosewood and steel coffee table by Arne Jacobsen.