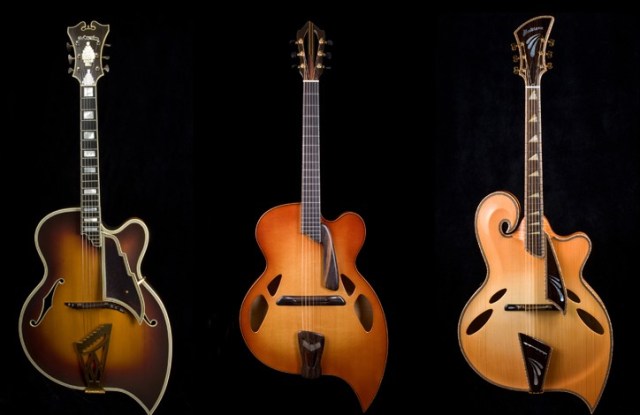 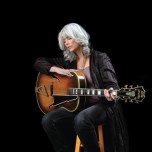 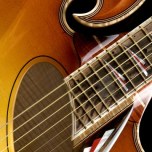 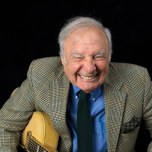 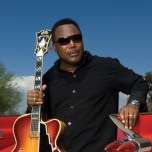 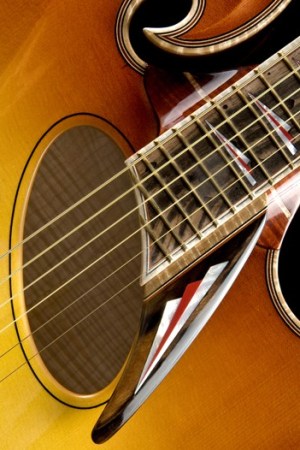 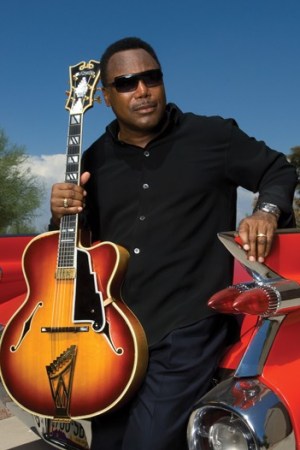 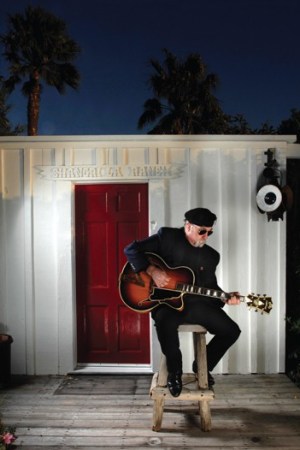 ALEXANDRIA, Va. — Vincent Ricardel has photographed presidents, first ladies, movie stars and socialites. But he reserves his greatest care for an American idol that looks great in any light: the classical archtop guitar.

Together with collector Rudy Pensa, founder of Rudy’s Music, in Manhattan, Ricardel spent the last five years traveling across the country and in Europe photographing musicians and their instruments. The result is the book “Archtop Guitars: The Journey from Cremona to New York,” self-published through Graphis and currently on sale for $220 at Rudy’s Music and at the Metropolitan Museum of Art.

With 400 photographs of 100 instruments, the book chronicles and celebrates a tradition of collectors and musicians. It also helped to inspire the Met’s current exhibition, on display through Monday, that borrows not only the book’s title but also 16 of Ricardel’s photographs and six guitars from Pensa’s personal collection.

“The project was Rudy’s idea,’’ says Ricardel, an amateur rock musician and son of the late Palm Beach society bandleader Joe Ricardel, who got his start at the Rainbow Room of the RCA Building back when musicians performed with full orchestras and the archtop guitar was at its peak.

“These guitars are now one of many instruments in the arsenal of musicians who both play and collect them,” says the Washington, D.C.-based photographer. Among the performers he photographed are George Benson in Scottsdale, Ariz.; Jeff “Skunk” Baxter, of Steely Dan and the Doobie Brothers, in Los Angeles; Mark Knopfler in London; Johnny Smith in Colorado Springs; Steve Miller in Ketchum, Idaho; Paul Simon and Pat Martino in New York, and the late Les Paul in Midtown at The Iridium, just before his regular Monday night show.

Curators and collectors alike value archtop guitars as works of art reflecting a 400-year-old tradition that dates back to the stringed lute makers of Venice and the mandolin and violin makers at the end of the 18th century in Cermona and Naples. But for professional musicians, even the most valuable archtop can become a workhorse to be refitted and retooled to meet the demands of the road tour.

Back in 2007 when a devastating snowstorm left planes trapped on runways up and down the East Coast, Emmylou Harris waited five hours at the Country Music Hall of Fame in Nashville for Ricardel to photograph her. When he and Pensa finally arrived, she posed for photos and played the instrument of her late close friend Chet Atkins. Designed for Atkins by legendary archtop maker John D’Angelico, the instrument is worth several hundred thousand dollars.

What surprised Ricardel was the way Atkins tinkered with the design. “He customized the guitar to his own specs. What you see in the book is a close-up of how he personalized it. He put a vibrato bar and two pickups on the soundboard beneath the strings,” says Ricardel. “He put a selector switch with an ugly faceplate right on the sound hole to switch the two pickups back and forth. He also added a volume knob and tone control knob to make it into a work horse.”

Photographing Paul Simon, another archtop fan, was easier to schedule. A regular at Rudy’s Music in Manhattan’s Midtown, where he and his wife have been coming for the past 10 years, Simon brought the guitar he had specially designed in 1970 by the late James D’Aquisto. Simon turned to D’Aquisto at a time when most musicians were switching to electric. “He has his name carved in the headstock,” says Pensa. “He and Jimmy D’Aquisto were working together long before I ever knew about these guitars.”

More than the musicians or the collectors, the real heroes of both the book and the Met exhibition are three Italian-American craftsmen — John D’Angelico (1905-1964), his apprentice James D’Aquisto (1935-1995) and John Monteleone, current heir to the tradition. Like Renaissance craftsmen, they passed the secrets of their craft one to the other during the highs and lows of archtop’s popularity.

To demonstrate the breadth of the tradition they represent, Jayson Kerr Dobney, associate curator and administrator in the Met’s department of musical instruments, set 50 works by these makers along with 16 of Ricardel’s photographs against the backdrop of the museum’s extensive collection of priceless Medieval and Renaissance instruments. “Vince’s photographs are so beautiful,” says Dobney. “He provided us with the images we needed.”

The longevity of the archtop tradition, Dobney explains, reflects the growing influence of guitar collectors, many of whom are musicians, on the elite cadre of specialty instrument makers. The tradition began with D’Angelico, who early in the 1900s switched from making mandolins to one-of-a-kind custom guitars designed in the style of the guitars used in big band orchestras. The art that connects mandolins to modern guitars might well have ended in 1964, when D’Angelico died just as The Beatles hit Manhattan, were it not for a handful of musicians and collectors who kept the tradition alive.

“The electric guitar was king, and the market for acoustic guitars of all sorts dropped dramatically,” says Dobney. But by the end of the Eighties and with the birth of MTV, the acoustic guitar was back. “Changing musical styles corresponded with new collectors, who influenced modern makers to look to traditions of the past — to instruments built before World War II by makers such as Martin, Gibson and the classic 1950s Fender,” Dobney explains.

Among the foremost of these collectors was the late Scott Chinery, who came up with a challenge for D’Acquisto, the D’Angelico apprentice who carried on the craft. His idea harked back to 1957, when D’Angelico created a bold new design with a completely new look for musician Pete Girardi. D’Angelico called it the Teardrop guitar in honor of Girardi’s band The Teardrops. That guitar is now worth an estimated $500,000. Chinery asked D’Acquisto to create his own interpretation of his teacher’s design.

When Chinery died, his collection was bought by a German collector who allowed Ricardel and Pensa to include it in their book and also agreed anonymously to lend the instrument, valued at $250,000, to the show at the Metropolitan. In 2007, a New York collector followed suit, challenging John Monteleone, the current heir to the D’Angelico legacy, to update the form. All three Teardrops are included in the book. And at the Met, curator Dobney brings the three instruments together for first time in one display to show how three personal interpretations of the original Art Deco form create their own visual harmony.

Collectors aren’t the only ones to celebrate these artisans. Musicians also sing their praise, as Ricardel explains. In London, he photographed John Monteleone with Mark Freude and Knopfler, lead guitarist, vocalist and songwriter for the British rock band Dire Straits. Ranked as one of the most respected finger-style guitarists of modern rock, Knopfler wrote a song for Monteleone to celebrate his craft.

“Knopfler talked with us about how he was inspired to write the song when he watched Monteleone at work,” says Ricardel, who, after five years photographing the book and another two years trying to find a publisher, knows firsthand the toil that goes into any piece of art. “When you hear his song, you hear him talk about the chisels and the sawdust. Knopfler sings about how he saw the chisels and the sawdust on the floor, and how that inspired him to keep on making music, about how the sawdust calls out to make more sawdust.”